“Dare Me” was always going to end its first season with a surprise. Even after a midseason episode that unexpectedly switched up the show’s narrative format and the appearance of a dead body a few weeks later, “Dare Me” saved one of its most shocking twists for last.

After guiding Addy (Herizen Guardiola) through the discovery of Will’s body, the season’s farewell moments hint at the idea that Colette (Willa Fitzgerald) knew more about the circumstances of the Army recruiter’s death than she previously let on. When Addy confronts her about a nagging detail surrounding her alibi, the audience sees a flashback to that fateful night, indicating that both Coach Colette and her husband might know how and when Will died.

For co-creator Megan Abbott, who wrote the novel the show is adapted from, she wanted those final images of the season to be rooted in a story decision, rather than just be inserted to shock anyone following along. Still, ending where this season does was a chance to keep readers on their toes along with everyone else.

“We’ve all watched those things or read those things where it feels like you’re just being twisted around just for the sake of being twisted around. And it’s exciting when it happens, but it leaves you with an empty feeling afterwards,” Abbott said. “We’ve always lead with the character and the psychology. We really always wanted to be true to the world and the dynamics we set up.”

It’s one of the strengths of “Dare Me” that this sudden shift in fortunes for Coach and Addy feels in line with what’s helped fuel the story. Knowing that Coach might have something to do with Will’s death is surprising, but for a show built on what we can miss when distractions outweigh priorities, it’s a great way to pair Addy’s dilemma with the audience’s. 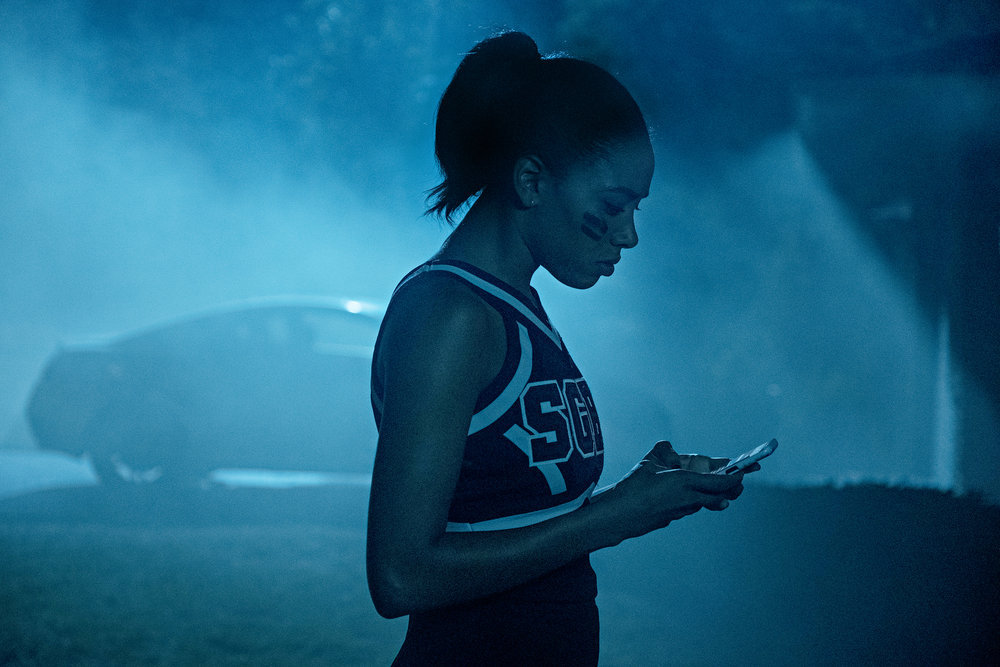 “What this enabled us was to go into this relationship that now looks entirely different than what we thought it was. That was so delicious, the possibility that we could explore that. We wanted the viewer to understand what we do, that there’s so much more here. You’ve been given a great piece of information, a critical piece, but you’re not entirely sure what it means and now you don’t understand this relationship at all,” Abbott said.

What was initially one of the show’s biggest challenges — taking a novel that existed solely in first-person narration and building out a number of other perspectives — helped guide how the first season was going to end up. Taking the idea of what can’t be known inside other people’s heads meant that it made perfect sense to finish up Season 1 with a fracture in what became one of the series core relationships.

“To me, the end of the first season, was always that Addy realizes she has misunderstood Coach. The idea of blinders, your experience of trusting people and believing in people, which you’re maybe more inclined to do when you’re younger. She’s so infatuated with Coach who seems to represent everything she wants for herself in the world,” series co-creator Gina Fattore said. “And in a way the joke is that Beth is right. The character who seemed wrong in the beginning, her perception of the world was accurate. She was right when she said, ‘Don’t trust Coach. Don’t trust this person. She has an agenda.’ I love the idea of taking Addy on that journey and it’s exciting to have places to go in Season 2 and have some of the book left over.”

If Beth (Marlo Kelly) is right, this finale shows just how that happens. She’s meticulous throughout the season, but the sequence of Beth slipping into and around the crime scene to pick up helpful information is a level of sleuthing that may have ramifications for things going forward. Kelly says she didn’t have any conversations about future seasons before filming the finale, but the chance to add this other layer to Beth only bolstered what made this character distinctive in the first place. 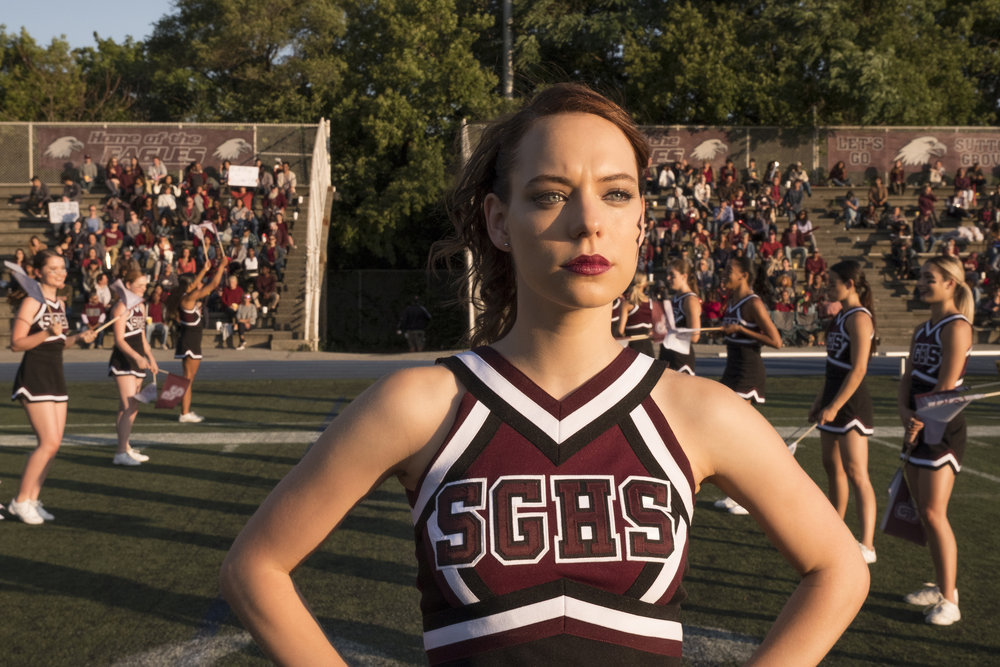 “We always joke about her being a little Nancy Drew detective, particularly in Episode 10,” Kelly said. “She wants and needs to know all of the information, have it stockpiled away and decide when she’s gonna use it, decide what she’s going to leverage and what she’s gonna keep for herself.”

That crime scene sequence is also an example of something “Dare Me” has excelled at throughout its opening season: conveying ideas without words. Whether it’s the subtext in the sentences of a fraught conversation or seeing the wheels of Beth’s various plans keep spinning, the show is often at its best in observational mode.

“I love those scenes because I think that’s what people do. I think often where there’s a disconnect in film and television is when things are overwritten and it’s when there is too much dialogue,” Kelly said. “In real life, you don’t say those things. You do communicate everything through looks. It’s the gaps in between what you say. Particularly, with Beth, it’s so calculated and so chosen. Sometimes it can come across as quite affected, but there’s a really good reason for it.”

Though the plan is for the show to follow what Abbott calls “the broad strokes” of the book, pausing at this point in the story does raise plenty of possibilities for what Season 2 could bring. Those who’ve read the book can see hints in this finale (particularly a bit of foreshadowing for one of the show’s characters), but with roughly half of the novel left to explore, there’s plenty of room left to adjust the various details of how the show might get there.

“We really wanted to keep things open, but leave a lot of fun territory to be explored in the second season. You have this endpoint in mind, but you see the actors bring so many new things as you go along,” Fattore said. “I’ve been working in TV for so long. It’s kind of counterintuitive, but one of the things I love about it is that you don’t know where you’re going.”

“Dare Me” Season 1 is available to watch via USA.

Why Meghan King and her boyfriend are calling it quits

Betty Broderick: Did the phone call between Betty and her son happen in real life?

Money Heist: Why did Nairobi have to leave the series? How Alba Flores felt about leaving