Season nine of Death in Paradise saw some major changes with the main one being the departure of DI Jack Mooney (played by Ardal O’Hanlon) and the arrival of DI Neville Parker (Ralf Little). Since the new detective stepped onto the sandy shores of Saint Marie, there have been questions about whether or not he wanted to stay – so did he choose to fly back to London or prolong his career on the island? Here’s everything you need to know about the finale.

What happened at the end of Death in Paradise season 9 finale?

In tonight’s (Thursday, February 27) episode, the team had to investigate the death of Robert Harwood (Peter De Jersey) who was shot on a beach.

At first, the team believed his blind wife Olivia Reeves (Frances Tomelty) committed the crime as not only did she confess to doing so, but fisherman Finlay Gerrard (Jonathan Livingstone) had told the officers so.

However, before they were both arrested, Finlay blackmailed Olivia, asking for money in exchange for him keeping in his mouth shut.

But when the police found him being handed the large sum of money, he took out a knife and threatened DS Madeleine Dumas (Aude Legastelois) with it.

However, he was clearly no match for her as in just a few swift moves, she managed not only to kick the knife out of his but also restrain him. 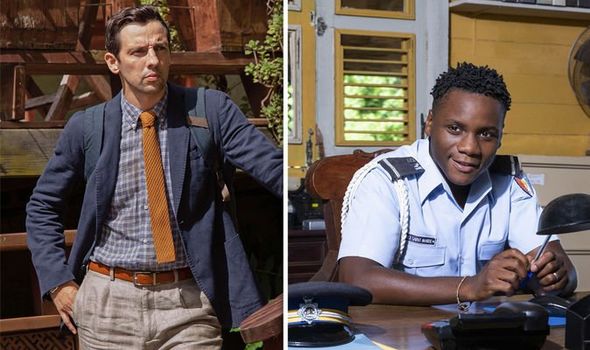 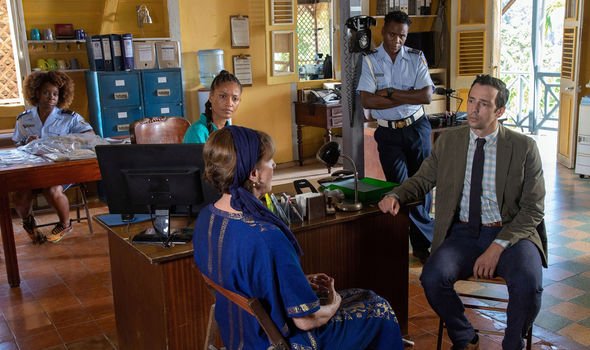 Like always, at the end of the episode, the suspects were gathered in order to reveal who the killer was.

Despite initially believing it was Olivia, it turned out it was actually Robert’s son Archie Harwood (Ukweli Roach).

Robert knew Olivia had a gun but before provoking her to attack, he replaced the bullets with a single blank one and pretended to be killed so he could frame her for attempted murder.

This was so he could get rid of her and use the story to try and reignite his own acting career back in London.

He also roped his son Archie into the plan to then swap the gun she used with another which had live bullets in it.

But over the years, Archie had grown resentful of his father who had never shown him any love and at the last minute, decided to kill him for real. 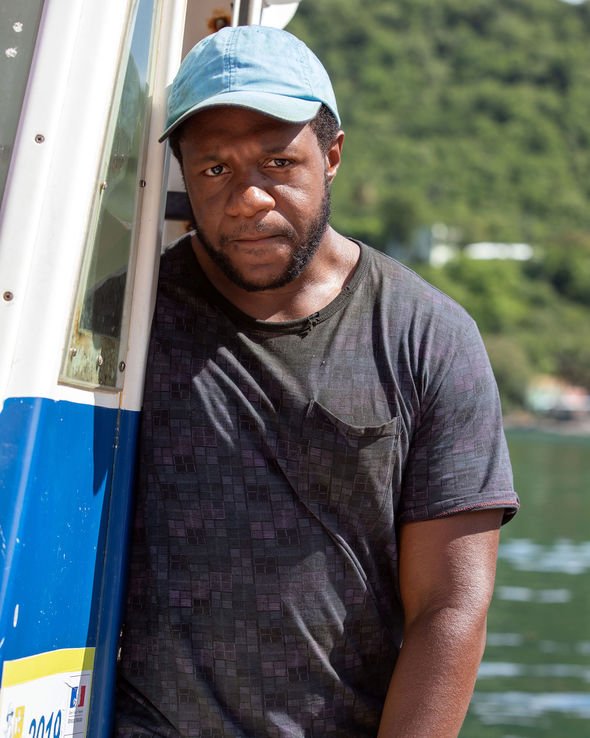 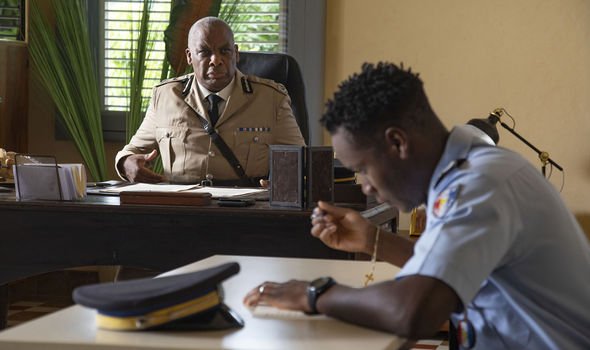 Officer JP Hooper (Tobi Bakare) has been with the police force for several years and with a baby on the way, he applied to become a sergeant.

This meant he had to take a test which he needed to pass so he could get the promotion.

He was concerned he failed miserably but Commissioner Selwyn Patterson (Don Warrington) told JP he had the highest mark of any officer who had taken the test on the island and told him he needed more confidence in himself and his abilities as an officer.

DI Neville Parker (Ralf Little) was ready to leave the island for good and even had a leaving party with the rest of the team to celebrate his time there.

However, drinking rum and dancing on the beach made him start to think twice about going back to England.

He got into the taxi which was going to take him to the airport but in the last few moments, he was at Cathy’s Bar where he told everyone he wanted to stay there and take up the permanent position of DI.

The Commissioner wasn’t too sure about this but everyone else was delighted he was going to be sticking around.

An official release date for Death in Paradise season 10 has yet to be announced.

Filming for the new episodes will begin later this year so it is likely the drama will return in early 2021.

Actor Little has already confirmed he will be coming back in the next series as DI Neville Parker.

Death in Paradise season 9 is available to watch on BBC iPlayer.

Could 'Counting On' Be Canceled? Some Duggar Family Followers Suspect As Much

'Dune' is About Exploited People Saying "Enough is Enough", According to Oscar Isaac

‘The Pioneer Woman’ Ree Drummond Revealed She Had Postpartum Depression