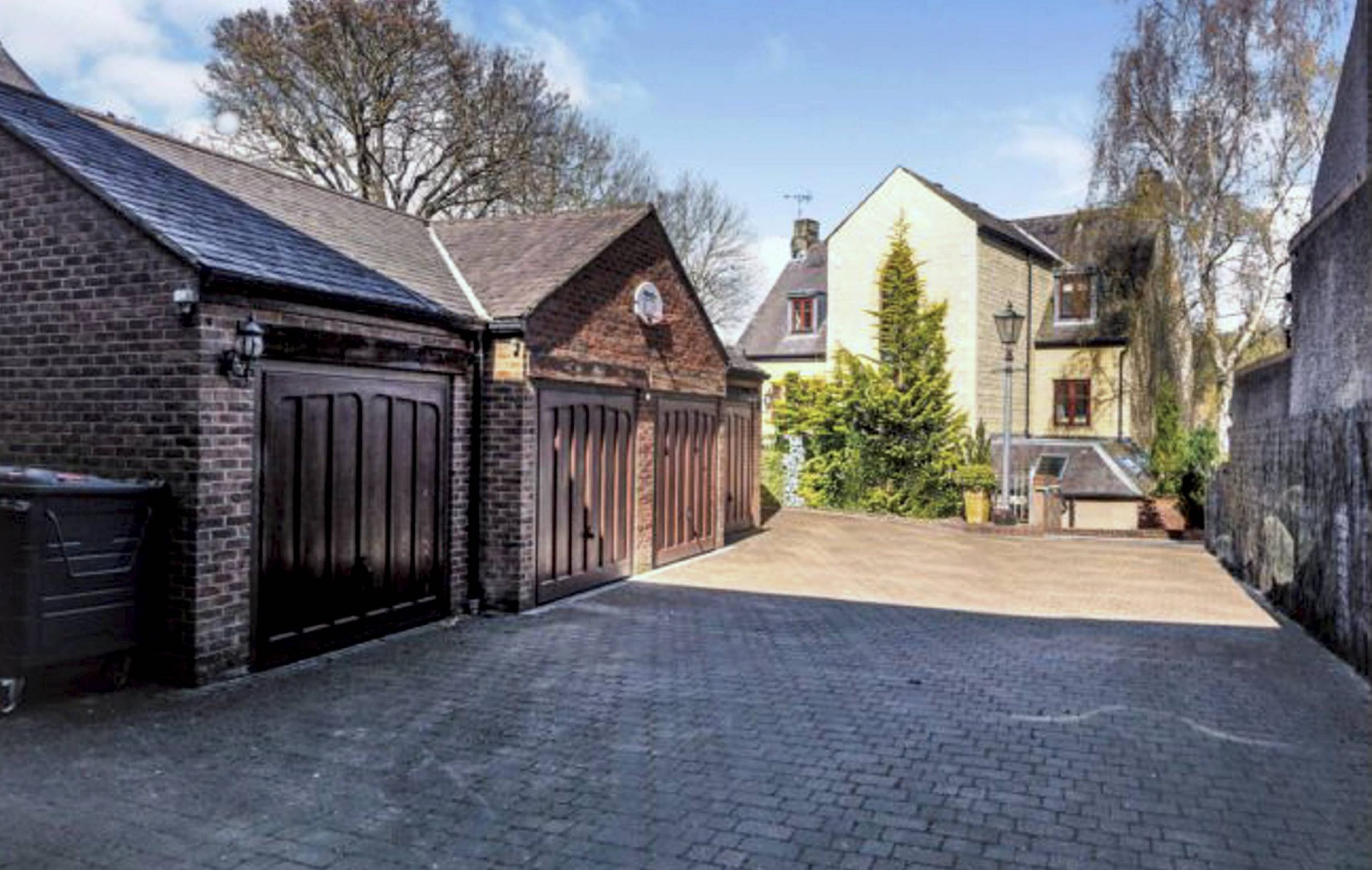 This house in Durham City has gone through quite the transformation.

Built in 1847, the property originally served as St Cuthberts Roman Catholic School, with links to the nearby St Cuthberts church.

Finally, in 2002, it was bought by its current owner, John Marshall, who set about turning the building into a luxurious home.

That required a lot of work – John says the former school had become a ‘derelict wreck’ by the time he bought it.

Plus, while he was keen to modernise the space and make it a great place to live, he also wanted to maintain as many of the original features as possible.

John managed the task, and today the property, called Durham House, is a stunning riverside home that’s up for sale for £2.5million.

Some of the period features remain, including a stained glass window on the first floor landing, once part of the old chaplaincy.

Also in place is the original stone doorway, which has the date the building was formed engraved into it.

‘The building was a derelict wreck when I first came across it,’ said John of the five-bedroom home.

‘It doesn’t sit very high over the river so it was sat on soft sand.

‘It cost nearly £53,000 just to secure the building and it needed a lot of work.

‘We added to the original features and tried to build around what was left to preserve them.’

The home now has all sorts of fancy fittings, including a games room, a sun room, a quadruple garage, and private gardens.

John says he has ‘spent many happy years’ in the home, but it’s now just too big for him to live in alone.

He said: ‘I feel like Arthur rattling around with a butler, except I haven’t got a butler. It’s time for me to move on.’

Location-wise, the home is pretty special, too.

It sits just by the River Wear, 400m from Durham marketplace.

That means the views from the house are glorious, looking out over the river and the local racecourse.

There’s over 5,081sqft of interiors space, plus multiple balconies.

Enter through the original oak doors on the ground floor and you’ll see a grand hallway. From here you can head through to the sun room, the massive lounge and dining area, the study, the kitchen, or the snooker room. Take your pick.

Upstairs, on the first floor, is the large landing with the magnificent stained glass window we mentioned earlier.

Also on this floor is the main bedroom, which has its own dressing room, a big balcony, and en suite bathroom, another bedroom (again with an en suite), and a shared bathroom.

Go up once more and you’ll find three further bedrooms, all with their own bathrooms.

The listing describes the home as ‘a handsome detached residence of superb proportions, standing in extensive gardens, in arguably the most desirable location in the heart of Durham City.’

If you’re keen to put in an offer, you can book a viewing through Rightmove.

Spoilers: Ruby makes a decision over her operation in EastEnders