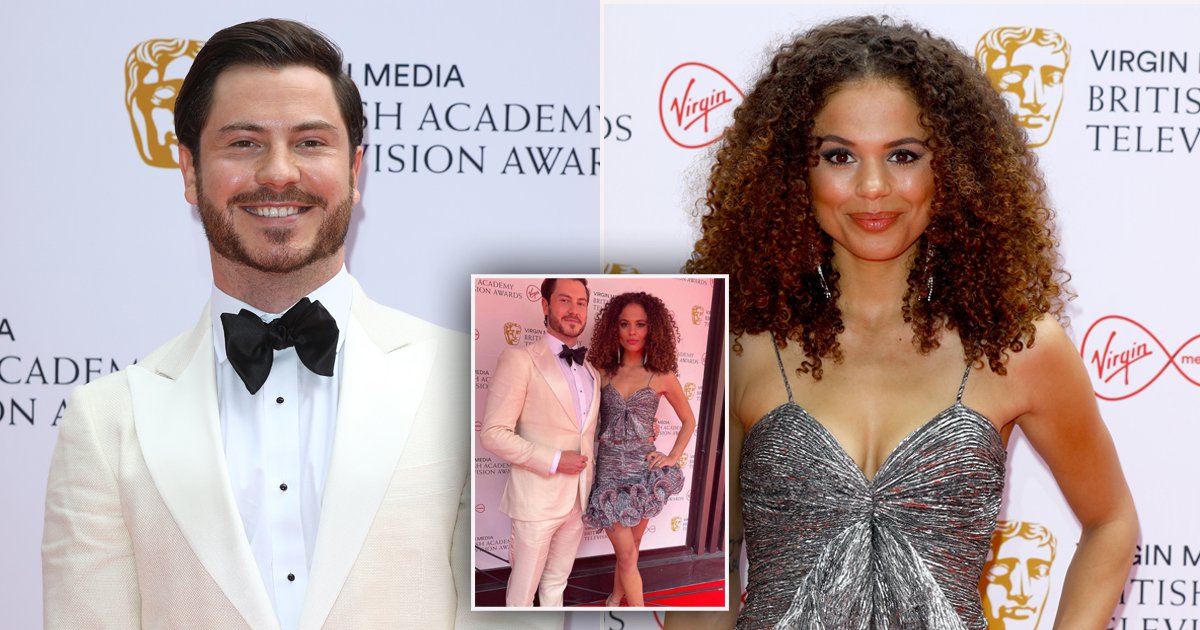 EastEnders stars Jessica Plummer and Toby-Alexander Smith were reunited at the 2021 TV Baftas as they represented their powerful soap storyline.

Jessica played Chantelle Atkins on EastEnders until last year when in a tragic turn of events her abusive husband Gray, played by Toby-Alexander, killed Chantelle in distressing scenes.

The horrific moment was nominated for must-see moment at the Baftas on Sunday which both actors attended in London.

EastEnders lost out to dance troupe Diversity’s hard-hitting performance on Britain’s Got Talent in 2020 highlighting the events of that year – including the widespread protests against police brutality.

However that didn’t dampen Jessica’s mood as she thanked viewers for voting for the emotional storyline which she said she was ‘honoured’ to have taken part in.

On Instagram she posted a snap of herself alongside Toby-Alexander as they took a break from posing for paps on the red carpet at the event, which the likes of Oti Mabuse, Michaela Coel and Claudia Winkleman attended.

She wore a striking silver crop top and matching frilly skirt as she stood next to her former co-star, who looked dapper in a white tuxedo and black bowtie.

In the picture caption Jessica congratulated Diversity, led by Ashley Banjo, for picking up the win.

‘Thank you so much to everyone that voted for us!!! Playing Chantelle and being able to be a part of raising awareness for domestic abuse, was incredible and a privilege,’ she said.

‘It was an honour to be up against all the other nominees. A huge congratulations to @diversity_official for their must see moment award.’

It was a big night for Casualty at the Baftas as they were awarded best continuing drama, seeing off competition from EastEnders, Hollyoaks and Coronation Street.

‘A huge honour for Casualty,’ said Dylan Keogh actor William Beck, who joined the ceremony via satellite with his fellow cast members, ‘and one we not only share with our fellow nominees in continuing drama, but also in the wider industry, both past and present, and the people without who we would have no show: the NHS.’

Other winners included I May Destroy You creator and star Michaela Coel, and Normal People actor Paul Mescal.

Surprise! New Episode of 'Tiger King' Coming to Netflix This Week for All You Cool Cats and Kittens

Helen Skelton husband: How Countryfile host was ‘lonely’ after move to France with husband