Emmerdale continues to air its lockdown episodes as fans get to see how some of their favourite characters deal with isolation. As we all know it’s not much fun and for some people it’s been a tough old ride.

The Woolpack is her livelihood and with the state of how things are at the moment, pubs and the leisure industry is one of the last things that will be opened up so it’s a massive strain on her

After the government implemented the lockdown back in March, many businesses had to cease trading as shops, salons, restaurants, pubs and bars all closed under strict health and safety rules.

As of Monday 15 June, all non-essential retailers have been given the go ahead to open their doors to the public once more as ministers attempt to restart the economy.

But for the hospitality trade, there’s still a while to go.

The uncertainty is putting a lot of strain on businesses both big and small, and as the ITV soap intends to reflect as closely as possible the real life problems people are facing in the here and now, the future of the Woolpack Inn could also be in jeopardy.

In a recent Q&A with Lucy Pargeter who plays pub landlady Chas Dingle, she confirmed her character is extremely worried about what will happen to her stake in the village’s iconic pub. 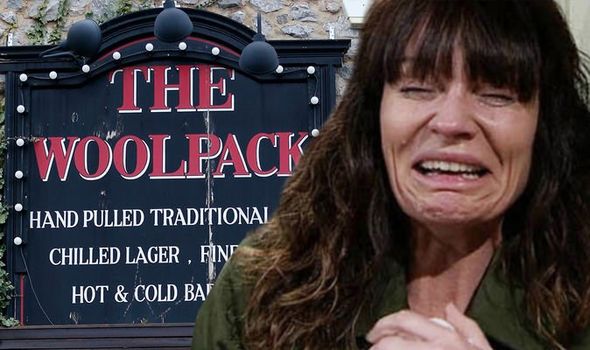 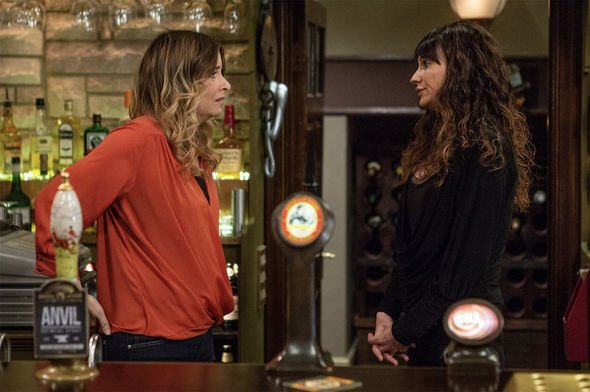 “She has every right to be worried,” Lucy explained.

“There aren’t many people sitting in lockdown with no worries thinking it doesn’t matter how long it goes on because they have an endless pot of money that will pay the bills and look after their kids and keep them fed, clothed and watered.”

Chas took over the title in 2011 working alongside Diane Sugden (Elizabeth Estensen) as business partners before she sold her share to Charity Dingle (Emma Atkins) in 2016.

Lucy continued: “The Woolpack is her livelihood and with the state of how things are at the moment, pubs and the leisure industry is one of the last things that will be opened up so it’s a massive strain on her.”

While Chas is concerned about the future of the pub, she grows increasingly irritated with her partner Paddy Kirk’s (Dominic Brunt) mindset that if he tells himself everything will be okay then it will be. 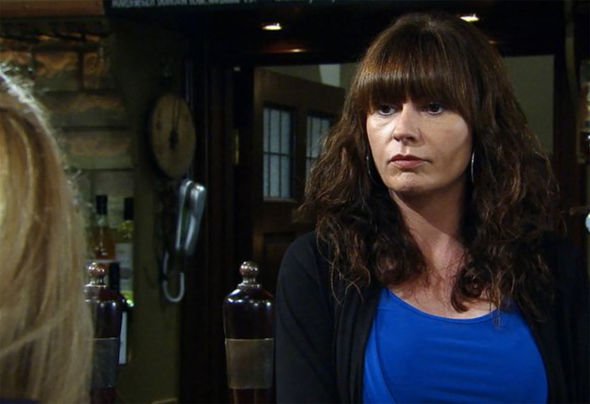 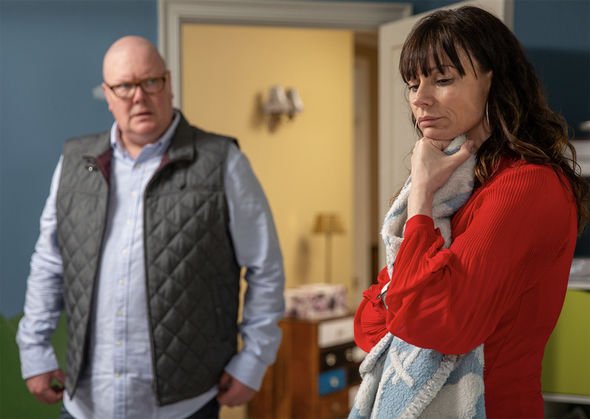 “She’s a Dingle and she knows the hard times and the good times,” Lucy said.

“So she’s very aware that this may not be great for them.”

Could she end up losing the pub?

Will the pair have to sell their share to Charity in a bid to save some cash?

But the Woolpack isn’t the only thing on Chas’ mind during lockdown.

While she and Paddy spend some quality time together with baby Eve, Chas feels at a loss as she’s used to being surrounded by people all the time.

Lucy explained: “When we go into this lockdown episode, Chas’ state of mind is now one of her realising how not having the pub open and that connection with the village has altered things.

“She is very much part of the DNA of the village and she’s floundering slightly without that connection to others.”

And while Chas is battling her inner demons, Paddy also has something he needs to get off of his chest.

He reveals his future plans for their little family but will his partner like what she hears?

With tension bubbling between them both, will their relationship start to suffer if they don’t connect and communicate their problems?

Dominic Brunt who plays the village vet added: “As usual he [Paddy] doesn’t read the signs straight away and should have seen Chas was unhappy months ago. I just hope he’s not too late.

“I think he’ll do everything in his power to save his marriage. He loves her and he loves Eve,” he said.

Fingers crossed they can work through this!

Your Horoscope for the Week of June 7th

Peter’s Proposal To Hannah Ann On ‘The Bachelor’ Finale Was So, So Dramatic