Harriet (played by Katherine Dow Blyton) was shocked to discover her former drug-dealing partner, Will (Dean Andrews), was keeping a gun at their house as he was worried his past was going to come back and haunt him in recent scenes on Emmerdale. It seems he was right to think so as a shady character from his criminal days returns to the fold next week on the ITV soap. However, as his troubles play on his end, could he betray his lover by leaving her and turn her world upside down in the process?

The firearm’s presence in the village has certainly put an unwelcome strain on the couple’s relationship, given they’ve only started to rebuild their romance from the brinks of destruction.

Before the pair arrived in the village they’d known each other in the past as the vicar was the undercover police officer assigned to bring down the drug gang Will was a part of.

Harriet’s investigation led the pair to fall in love before the dealer was put behind bars and their dalliance came to an end.

The former jailbird then turned up in the village swearing revenge on his former lover, only for the pair to fall for each other once more, but their past could be the trigger which causes them to split once again. 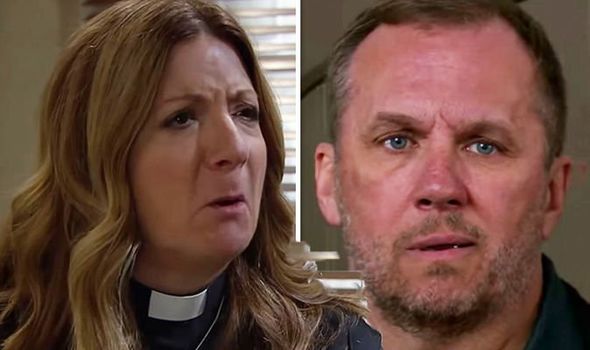 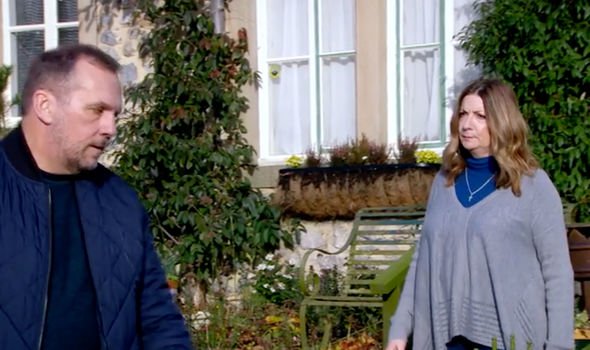 A preview for Thursday’s episodes of the village-based drama landed on the soap’s official website and it clearly shows things are fraught between the lovers.

Walking out of their cottage, the vicar asks: “Are you going to be sleeping downstairs again tonight?”

With no response from Will, she continues: “Quick heads up. I’m pretty good with silences, it comes with the job.”

Finally giving an answer, the former drug dealer replies: “Yeah, I’m sure it won’t be hard for you to find a ‘friend’ to talk to.” 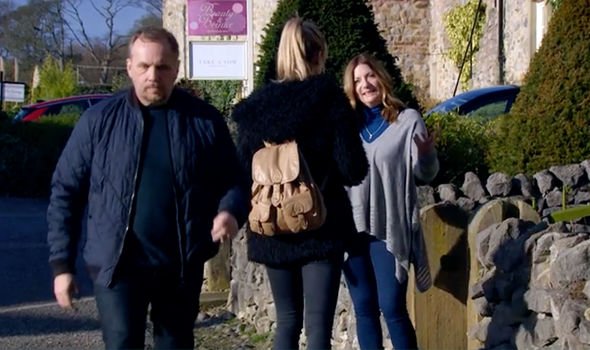 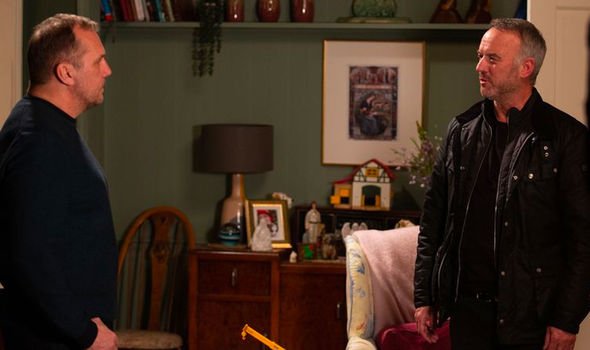 Won’t be hard for you to find a ‘friend’

Before the pair can argue any further, Will’s daughter Dawn Taylor (Olivia Bromley) arrives in the scene as she tells the pair she has been granted full custody of her son, Lucas.

However, her good news is overshadowed by her father’s foul mood and as she asks why he’s in a mood, the former drug dealer replies: “Just got a fair bit on today, that’s all.

“Better get going,” he adds, before walking off and leaving his argument with Harriet on a cliffhanger.

Knowing his past is wreaking havoc with his relationship once more, could the troubled character betray his partner by calling quits on their romance?

The fact he’s seen walking away from her could be a precursor of what’s to come, so is a split on the horizon?

Given their history, the vicar would certainly be left heartbroken as she believed this was her second chance with Will.

However, will the past be too much to handle, especially following the arrival of a shady character in the form of DI Malone (Mark Womack)?

His introduction to the village will come after the former drug dealer confesses the firearm used by Cain Dingle (Jeff Hordley) to accidentally shoot his son, Nate Robinson (Jurrel Carter), was owned by his old gang.

Eventually, the authorities put the pieces of the puzzle together and question Will about the gun, leaving him breathless as he resists to buckle under the pressure.

DI Malone ups the ante with the interrogation and it soon becomes clear there is a history between the two men.

Viewers are going to have to wait and see how they know each other, but following his casting for the ITV soap, actor Mark said his character was “a police officer with a dark history”.

If the officer is, in fact, corrupt, could he be part of the gang and end up luring Will back to the dark side, betraying Harriet even further?

How many episodes of Loki are there?

'90 Day Fiancé': Deavan Clegg Loves to Blame TLC, Jihoon Lee, and Everyone Else for Her Daughter's Behavior

Nicole Scherzinger boyfriend: Inside her sweet relationship with Thom Evans

Primary schools 'will return on JUNE 1' as lockdown is lifted