Pierce Harris’ (played by Jonathan Wrather) evil behaviour finally caught up with him earlier this week when armed police surrounded Mulberry and stormed in to arrest him. In scenes which aired last night, Emmerdale viewers saw the villain face an interrogation, but many couldn’t help but point out how unrealistic the situation was.

It wasn’t until Rhona Goskirk (Zoe Henry) received a video call from her ex-husband did she realise the danger her best friend was in.

Deciding to put herself in harm’s way in order to rescue Vanessa, Rhona went to Mulberry, but the situation turned sinister when Kim Tate (Claire King), who owns the cottage dropped by.

Luckily, Rhona arrived with a plan; to drug Pierce, video his confession and call the police. 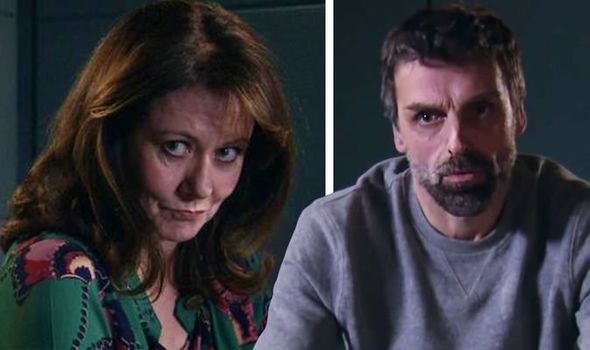 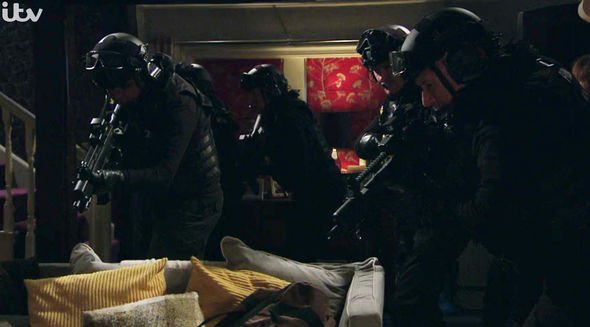 He was later arrested and taken to the local police station.

To begin with, Pierce ignored the probing questions, until the interview was terminated and a stern word was put his way.

The male detective got up to leave, but the female decided to stay behind and this raised eyebrows with viewers.

“You go on, I’ll catch you up,” she said and when the door was firmly shut, Pierce stated: “Alone at last, I was waiting for you to say something, how’s the family? Girls must’ve grown up a lot by now? Is Ava still crazy about horses?” 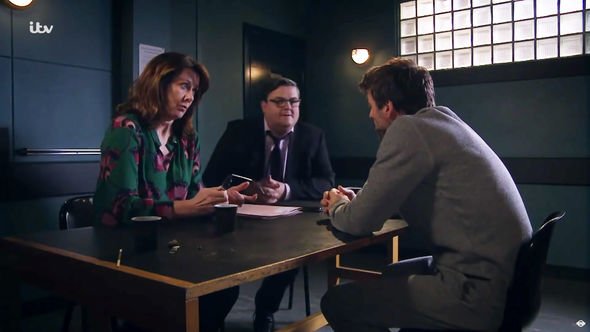 “You know as well as I do, I can’t help you unless you give me something,” she replied. “You want to play this game? First move comes from you.”

Fans of the soap took to Twitter to comment on this scene and one said: “So a male and female questioning Pierce, the interview ends, she turns off the tape and tells the fella to go on and she’ll catch him up and he goes and leaves her in the room, alone, with a convicted rapist and suspected murderer. Yeah ok…”

Another added: “So an ex con is let with a female member of the police and the male police officer leaves the interview with her left in the room alone in Emmerdale. No. No. No.”

“Shouldn’t the female cop not be interviewing Pierce as she knows him?” A third commented. 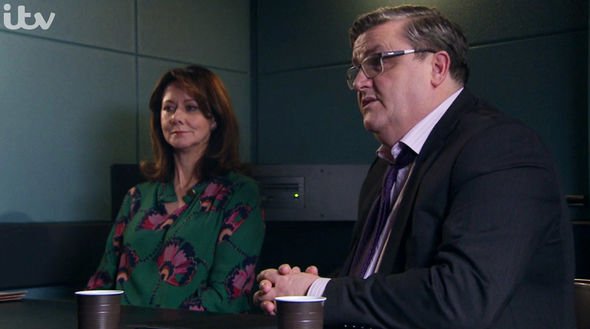 Someone else said: “No way would that police officer be on this case let alone interview him. Conflict of interest would prevent this plus she’d lose her job for not disclosing this.”

“FFS don’t say the female cop will let Pierce escape, the story is so boring they’re going to drag it on for months. I stopped watching Emmerdale while it was ongoing I’ll stop again if it’s not over,” a viewer wrote online.

In the next scene, it seems the “bent” police officer was, in fact, playing Pierce and proved his guilt with a pile of evidence.

But what is going to happen next? Will Pierce be put on trial and sent back to prison?

As for how his victims are, Kim is back on her feet and has returned to her normal everyday life.

Vanessa however, has bowel cancer and she is yet to tell her loved ones and begin treatment.

Man, 26, appears in court charged with murder of Grace Thorpe, 2, who died after being found injured at house in Teeside