BBC Breakfast saw Louise Minchin and Dan Walker back on the sofas for Wednesday morning’s edition of the programme. As ever, they were joined by a host of guests to go through some of the biggest news stories of the day. Included in this is the ongoing discussion on the salary of BBC hosts, which were published yesterday. But Dame Esther Rantzen, who is a former BBC presenter herself, criticised one of the broadcaster’s biggest names – Gary Lineker.

Esther was joined by former BBC Radio 4 controller, Mark Damazer, as they spoke out on how the BBC needed to change in the months and years to come.

One of the biggest talking points of the discussion was the newly-published salaries of BBC presenters from the past year.

But Esther took aim at one of the broadcaster’s biggest stars – Match of the Day host Gary – who was estimated to have pocketed around £1,750,000.

She told the hosts: “To see Gary Lineker take a pay cut of £400.000 sticks in your throat when over 75-year-olds are having their license fee taken away.” 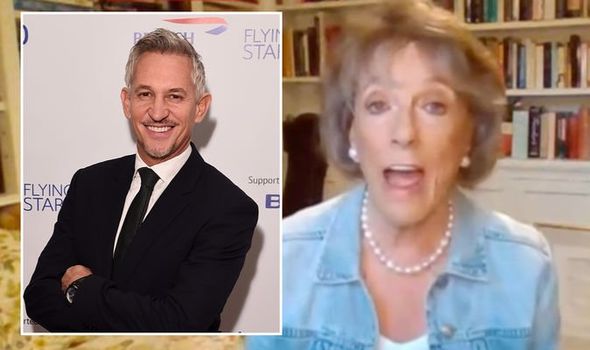 The fury surrounding the licence fee continues to cause concern after becoming means-tested for over 75s when it was previously free for all.

She added: “Here’s the solution… nobody working at the BBC should be paid a salary of more than the Prime Minister [Boris Johnson].”

Esther didn’t hold back, noting just how much privilege being a presenter for the broadcaster gives.

“Being a BBC presenter gives you the key to so many magical kingdoms, you get invited red carpet events,” she admitted.