It’s a new year (finally) and Hallmark Channel is here to help you celebrate. The network is ushering in 2021 with a fresh slate of romantic movies airing in January. The “New Year, New Movies” programming event kicks off on Jan. 2, 2021 with the first of five all-new flicks. Here’s the complete lineup and details you need to know.

‘Taking a Shot at Love’

Alexa PenaVega and Luke Macfarlane star in this movie about a ballet teacher named Jenna (PenaVega) whose new pupil Ryan “Coop” Cooper (Macfarlane) is an NHL player for the New York Rangers. An injury has put Ryan’s career on ice, but his agent thinks taking dance lessons from Jenna will help him recover. Soon, Ryan and Jenna are spending plenty of time together outside of the dance studio, but they face big decisions when the time comes for Ryan to return to New York and his hockey career.

Taking a Shot at Love airs Saturday, Jan. 2 at 9 p.m. on Hallmark Channel. 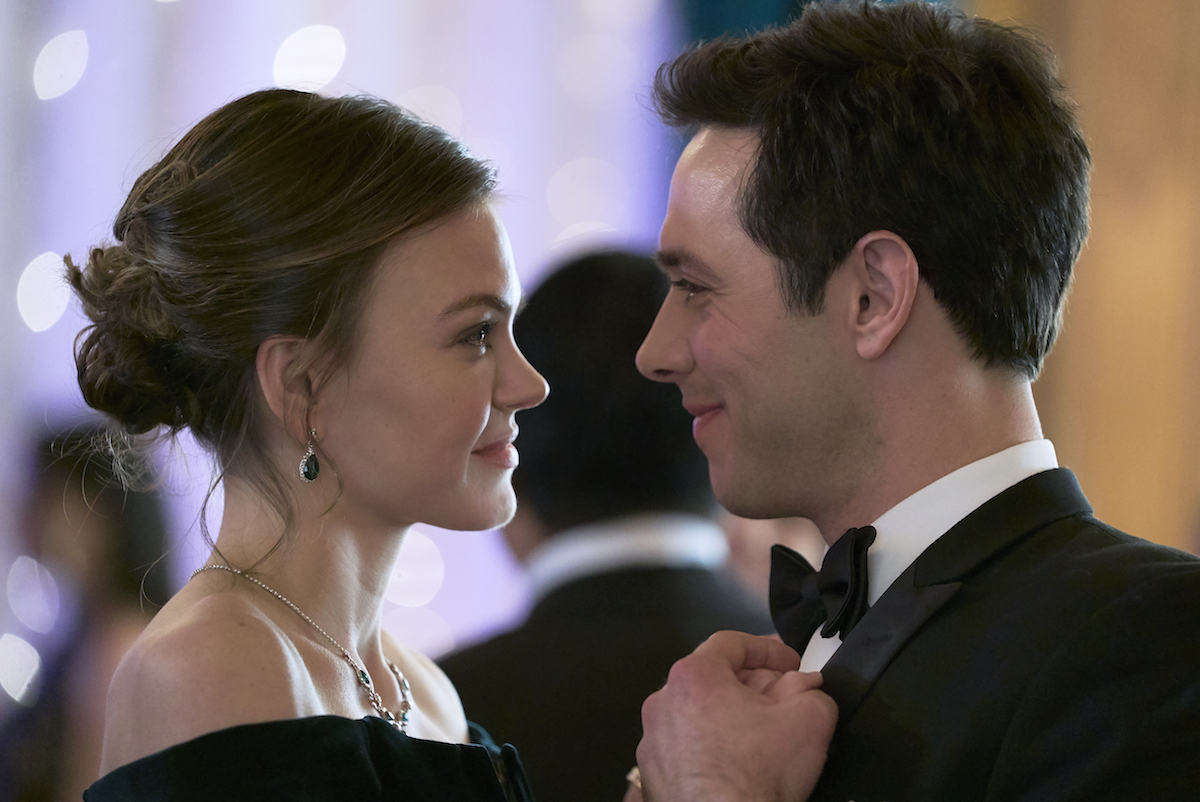 Morning show producer Kelly (Aimee Teegarden) makes a New Year’s resolution to accept every social invite that comes her way for an entire month. The experiment takes her out of her comfort zone and puts her in the path of a charismatic businessman named Tom Malone (Michael Rady).

‘Two for the Win’

A champion ski racer returns home to prepare for the race of his life and meets a local ski instructor, with whom he finds love on the slopes. Trevor Donavan and Charlotte Sullivan star.

‘Love in the Alps’

Nazneen Contractor and Brooks Darnells star in a movie about an average Joe who wins a luxury trip, which causes him to be mistaken for a millionaire. Sparks fly between him and the hotel’s concierge, but will the feelings last after she discovers he’s not who she thinks he is?

Love in the Alps airs Saturday, Jan. 23 at 9 p.m. on Hallmark Channel.

Chris McNally from When Calls the Heart and Jen Lilley star in this movie about a travel-shy journalist who ends up chasing her dream assignment — straight to a B&B where she finds herself mentoring the handsome owner who wants to be a tour guide.

Hallmark Movies & Mysteries is also serving up installments of your favorite mystery series in the new year.

Ships in the Night, the third movie in the Martha’s Vineyard Mystery series premieres Jan. 17 at 8 p.m. ET. In this installment, retired detective Jeff Jackson (Jesse Metcalfe) teams up with Dr. Zee Madieras (Sarah Lind) and Chief Madieras (Eric Keenleyside) to investigate the murder of a prominent gallery manager.

Candace Cameron Bure also returns as librarian-turned-detective Aurora Teagarden in Aurora Teagarden Mysteries: Reunited and It Feels So Deadly. Aurora brings her fiance (Niall Matter) to her high school reunion, but the celebration takes a deadly turn when the former Prom King turns up dead. This movie was originally broadcast in October 2020 and will air again on Jan. 10 at 8 p.m. ET.

'Survivor 40: Winners at War': Fans Have Several Strong Theories Why No One Has Written Down Rob Mariano's Name Yet This Season

How The Notorious B.I.G. Offended Kandi Burruss and Her Group Members

Gyms closed: How long will gyms be closed?