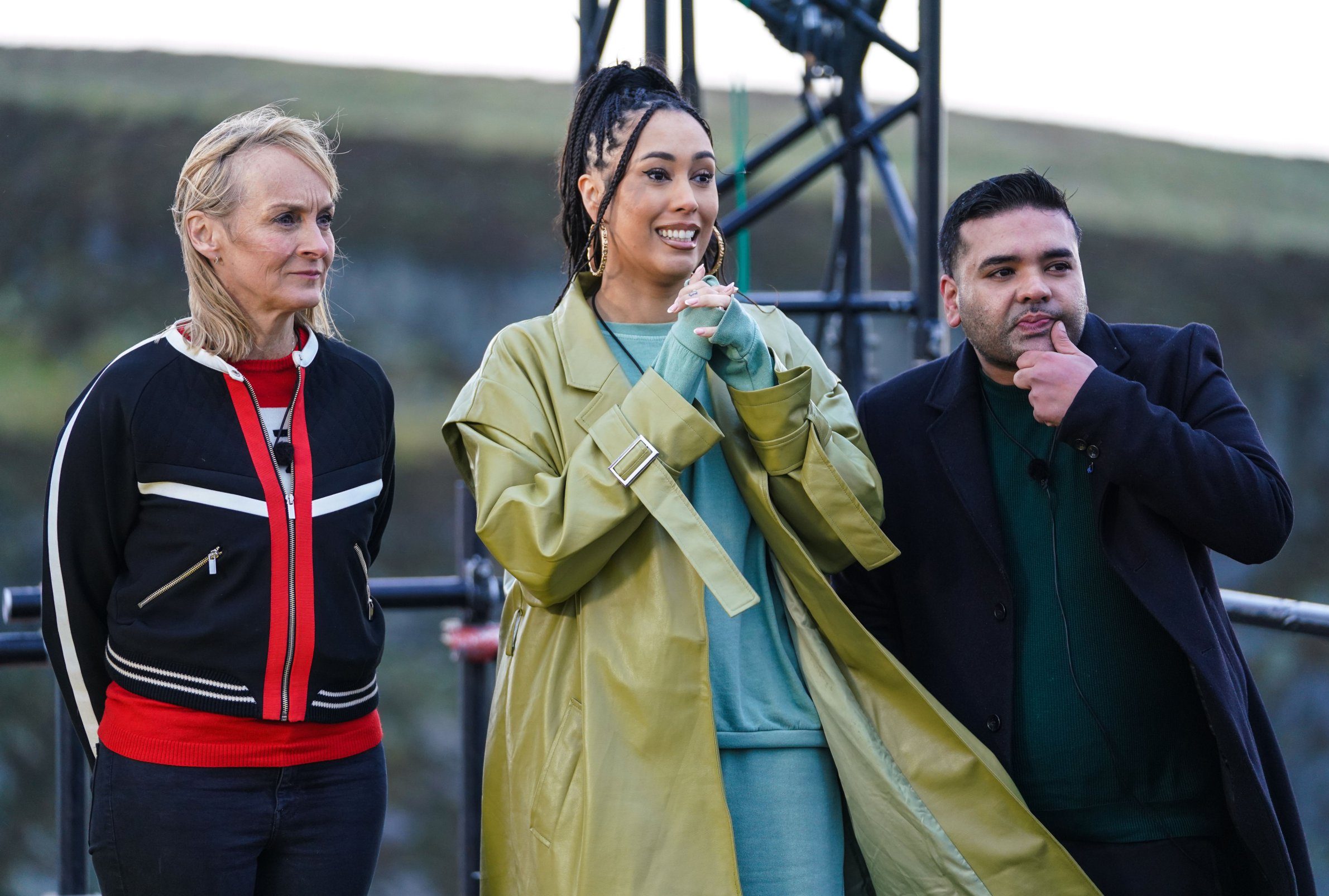 I’m A Celebrity… Get Me Out Of Here! has revealed a first look at the 2021 series, as stars including Louise Minchin and Naughty Boy take on terrifying heights in the opening challenge.

For anyone who’s watched the ITV programme over the years, they’ll be well-aware that the show doesn’t give the stars an easy ride, even from the start.

At the very beginning of the show, when the famous individuals have only just met and are still wearing their ordinary clothes, they have to jump straight into the deep end – and that’s exactly what’s going to happen on Sunday night

In a first peek at the premiere episode, former BBC Breakfast star Louise, rapper Naughty Boy, Radio 1 DJ Snoochie Shy and Emmerdale actor Danny Miller are captured in photos preparing to take on the dreaded Plank before they arrive at Gwrych Castle in Wales.

The challenge is as terrifying as it sounds. After arriving via helicopter – their last brush with luxury – they have to walk across a thin plank, with a wire attached to their back to keep them safe while wearing helmets.

In one picture, Louise, Snoochie and Naughty Boy appear to grimace as they realise what they’ll have to take on for their first task, with another photo showing Ant and Dec greeting them enthusiastically.

At one point, Snoochie appears to take comfort by holding onto Louise, as the news journalist smiles nervously.

Before changing into their I’m A Celeb outfits, the stars are able to wrap up warm in their own coats.

However, they’re going to have to get used to the cold when they eventually settle in the freezing castle, marking the second year in the row that the show has foregone the Australian jungle.

Will Louise, Snoochie, Naughty Boy and Danny all manage to succeed in their first daunting challenge, as they don bright orange jackets while suspended high up in the air?

Or will any of them fall at the first hurdle?

We’re still yet to see some of the other stars in action, including Richard Madeley, Frankie Bridge, Kadeena Cox and Matty Lee.

However, we don’t have long to wait!

I’m A Celebrity… Get Me Out Of Here! is set to launch on Sunday night at 9pm on ITV.

Elderly people are dying alone at home due to coronavirus