Fox News Media said today that it successfully evacuated three Afghan nationals who have worked alongside its correspondents as fixers and assistants throughout coverage over the years.

They also said they retrieved a colleague from a regional media company and the families of all. The affected includes producers, translators, drivers and security personnel. A total of 24 people were rescued, the news outlet claims.

Western media has been sporadic in the country, but several outlets did on-the-ground reporting. CNN’s Clarissa Ward did early reporting, but left Afghanistan after she and her producer were confronted by Taliban wile reporting. 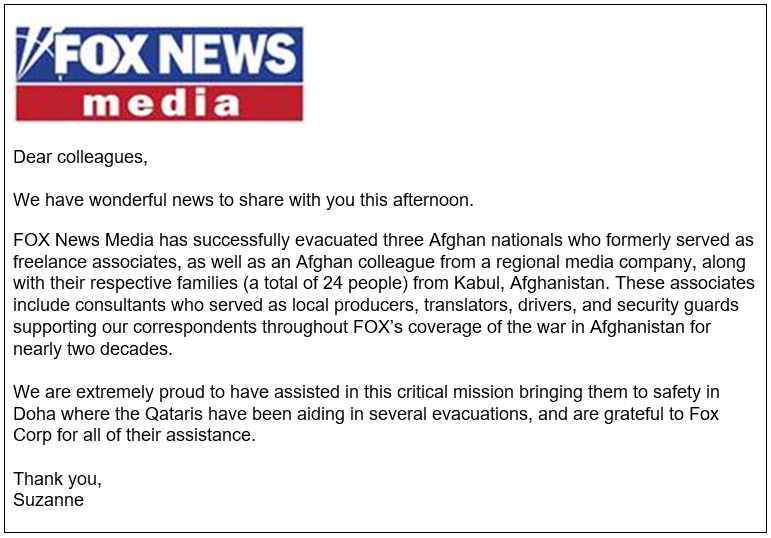 ‘Wife of a Spy’ Review: Kurosawa Kiyoshi’s Subdued Marital Thriller Is His Best Movie in Years

'The Lucy Show': Vivian Vance Wouldn't Sign on as Lucille Ball's Co-Star Unless This Clause Was in Her Contract

The Finale of Amazon's Making the Cut Drops Today! And the Winner Is . . .

An Official 'Beavis and Butt-Head' Movie Is Coming to Paramount+