Holly Willoughby, 39, was on hand to host another weekday edition of This Morning alongside her co-star, Phillip Schofield, 59. The pair continued to entertain the nation, explaining how ITV viewers could keep themselves occupied during the lockdown period. They spoke with several guests on the show, including wildlife presenter Dr Scott. However, what the presenter didn’t realise was she could be heard speaking at the same time her co-star was and ended up interrupting him.

Although they were in the studio, the hosts were transported to a wildlife farm in Somerset, where Dr Scott was on standby to speak with them.

After the reporter spoke with one of the workers of the establishment, he went on to speak about some of the animals housed at the reserve.

These included the likes of foxes and the creatures caught the attention of Holly as she was more interested in them then her guest.

However, as he tried to speak, she was also chiming in his ear to try and get the attention of the wildlife, despite it not being able to hear her.

This led her to speak over the reporter, with Phillip addressing her error once the segment had concluded. 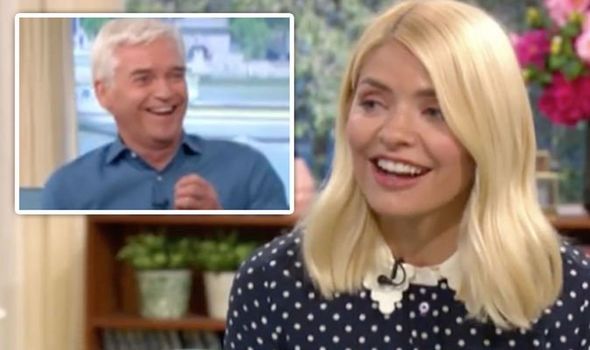 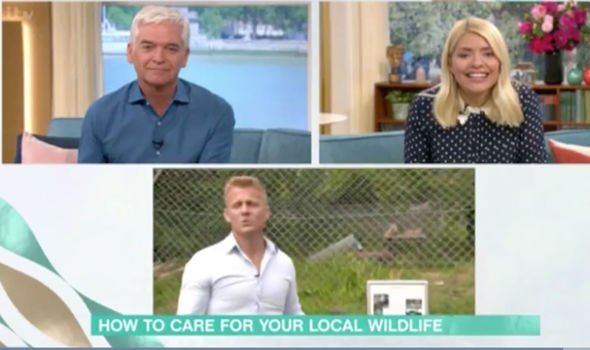 With wildlife parks and zoos set to reopen in the coming months as lockdown measures are lifted, Dr Scott had a warning for viewers.

“What I would say to everyone is just use your common sense,” he said, at the same time, Holly was trying to get the attention of the fox.

The guest continued as he said over the top of the host: “Stand back, monitor the situation and then use your smartphone, get involved. Speak to some wildlife people. They’re the best to speak to and also to the vets.”

As the creature could then be seen approaching the fencing, the presenter chimed: “Here he comes.” 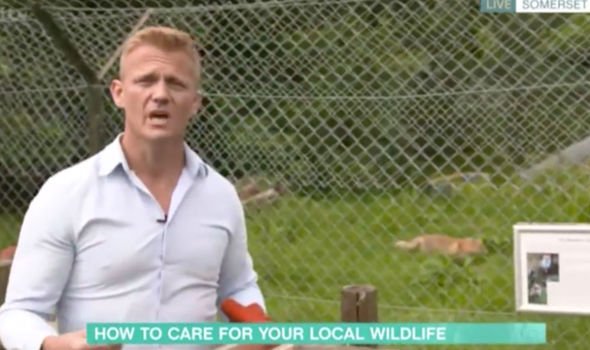 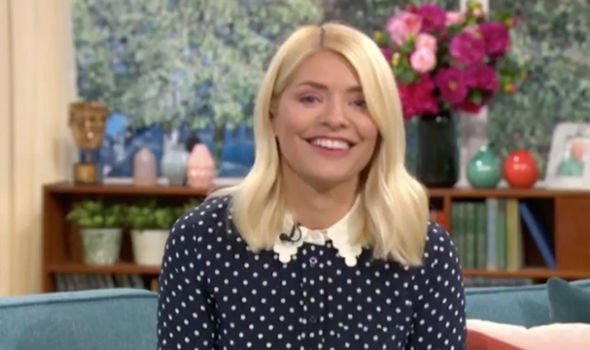 I didn’t think you could here me

At this point, Dr Scott turned around and said: “Here’s a little fox coming to have a little nibble.”

Holly then asked: “Do you want some chicken?” although the fox wasn’t actually able to hear her, with her question going directly through to the guest’s earpiece.

Once the segment came to a close, the host said she “loved” the interaction with the animals, to which Phillip replied: “The sound effects were by David Attenborough here.

“I didn’t think you could here me. I thought my mic was out,” his co-star commented, to which he jibed: “I can always hear you, but I’m used to it.”

The presenter also caused a stir today online as viewers became distracted with what Holly had opted to wear.

Keeping up with the summer clothes trend, the host wore a navy, white polka dot shirt, completed with a white collar and the same coloured cuffs.

In line with the top half of her garment, the television personality was also seen wearing navy flared trousers and black heels.

Taking to Instagram, the This Morning star told her 6.7 million followers where they could get their hands on her purchases.

Accompanying a selfie of herself, the presenter wrote the caption: “Morning Thursday… how are you today? See you at 10am on @thismorning …. Trouser’s by @lkbennettlondon shirt by @toryburch.”

One posted on Twitter: “Holly looks classy in this navy look. The polka dots make it pop. Not a fan of the flared trousers though. @hollywills #ThisMorning.”

Another added on Instagram: “You look great Holly x,” with a third commenting: “This look is so classic and chic. Beautiful.”

This Morning airs weekdays at 10am on ITV.

After Life season 3 Netflix release date: Will there be another series?