Susanna Reid hosted Good Morning Britain alongside Adil Ray on Monday (June 21). The presenting duo welcomed Conservative MP Kwasi Kwarteng onto the ITV show and quizzed him on the delay in the lifting of coronavirus restrictions in England. But, the interview soon got heated when the politician objected to being asked a question he’d answered previously.

June 21 was referred to by many as “freedom day” as it was the planned date for coronavirus restrictions to be lifted in England.

However, last week Prime Minister Boris Johnson confirmed there would be a delay to the easing of restrictions.

Most coronavirus rules will remain in place in England for another four weeks after the planned 21 June unlocking.

Senior ministers signed off on the decision to delay the lifting of all legal restrictions on social contact. 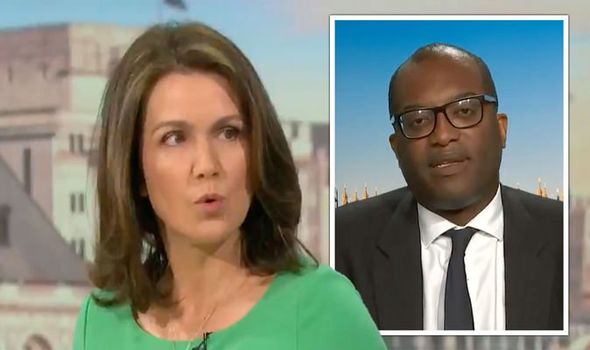 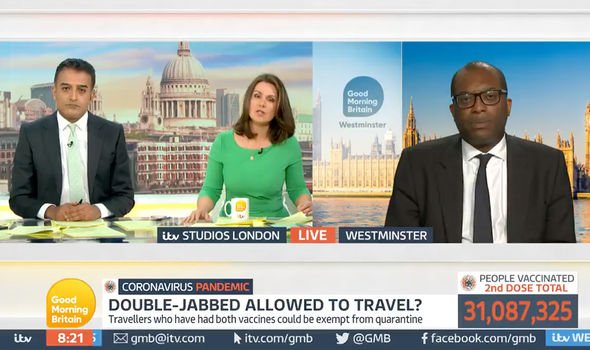 The new date government is hoping restrictions can be lifted is the July 19.

The delay was a big topic of discussion on Good Morning Britain and Reid questioned Kwarteng over the matter.

Reid began: “We really messed up didn’t we at the beginning?”

“I think it’s easy with hindsight and I have actually answered this question, exactly that question before on this programme,” the MP replied. 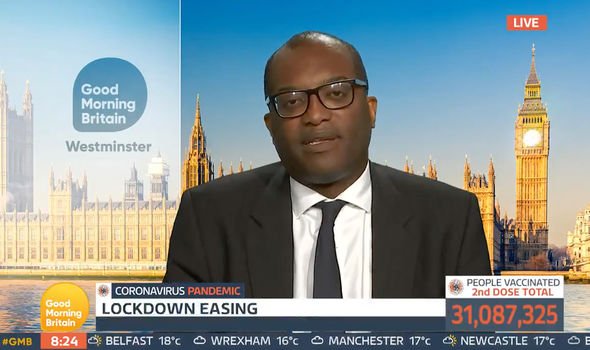 “You come back to it frequently which is fine, but -” And Reid interrupted: “I’m sorry. It hasn’t gone away!

“So it makes it even more important that we look back at why we made such a massive mistake back at the beginning of April.

“It’s not boring, you’ve asked it a number of times,” Kwarteng clarified, before Ray joined in with the discussion.

He commented: “The issue is you say that Matt Hancock is looking at the data, but we don’t trust that because we’ve got the data.

“That data is your data, it’s NHS data and the data was there for everyone to see, but because of a trade deal let’s be honest…”

“That wasn’t the case,” Kwarteng insisted.

Ray continued: “There is no reason to allow so many, 20,000 Indian travellers arrived here.

“We know that of course is the reason why we’ve got the Indian variant in this country and that is why we haven’t fully opened up.

“You have to accept that. There can only be one reason – because we didn’t close the borders to India soon enough,” the ITV presenter raged.

But, Kwarteng hit back: “We put India on the red list I think on the 23rd of April, which was in fact before the variant had been identified.”

Good Morning Britain airs weekdays at 6am on ITV.

Busta Rhymes Shows Off His Abs After an Amazing Body Transformation – See Before & After!

Arnold Schwarzenegger and mini ponies urge seniors to stay inside