Sima was stunned by the senseless vandalism on Sunday morning as she stepped in alongside Roger Johnson to replace Naga Munchetty and Charlie Stayt. When discussing the news story on BBC Breakfast, she spoke to expert Iolo Williams from Wales to discuss the incident, which has upset many locals.

Roger introduced the story, saying: “Horrific, appalling – just two of the responses which we’ve heard from conservations today after a platform built to encourage ospreys to breed was chopped down in north Wales.”

Sima said: “It came just one day after an egg was laid in the nest. Police say they’re pulling out all the stops to find those responsible.”

Reporter Tim Muffett explained: “Ospreys are a very rare sight in the UK.

“Nesting platforms for the birds of prey were first built at Llyn Brenig reservoir in north wales in 2013 as part of a successful conservationist project.

“But on Friday night, just one day after an egg was laid in this nest, what’s been described as an horrific act of vandalism took place. 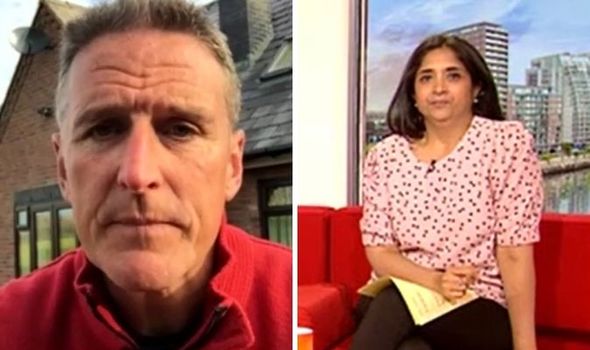 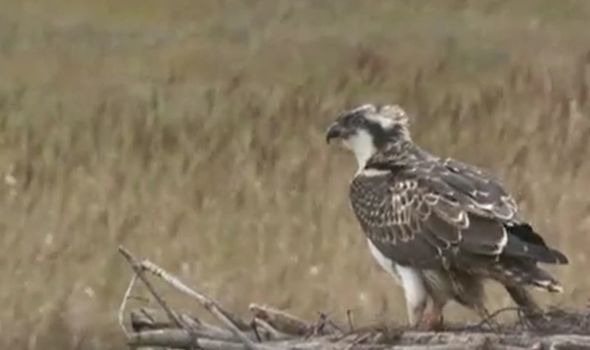 “The nesting platform was cut down with chainsaws.” He added that anyone with information is urged to get in touch with north Wales police.

Naturalist and broadcaster Iolo Williams spoke to Sima about the reaction the area has seen.

She asked: “What is the point of doing this?” Iolo replied: “That’s the million dollar question.

“Everyone is absolutely mystified – these are birds that everybody loves, is it an individual with a grudge against one of the organisations involved? 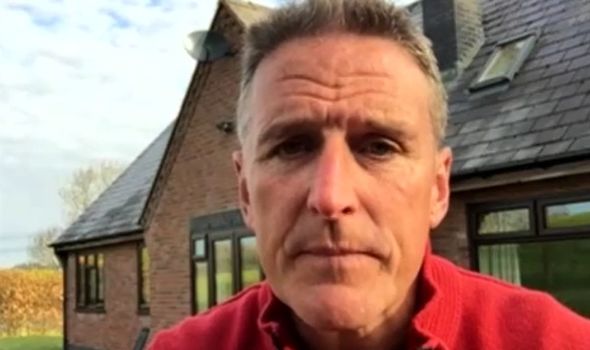 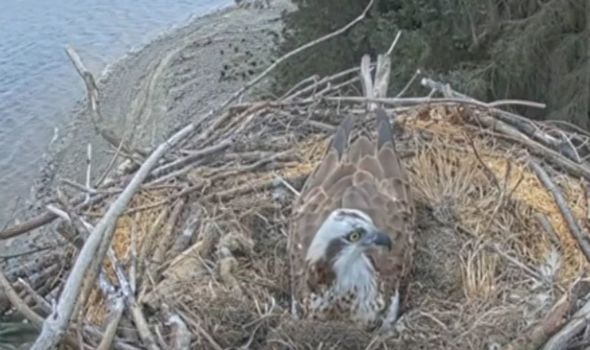 “We simply don’t know, but what we do know is because of where the nest is, this was a well-planned event.

Talking about the birds, he said ospreys “arrive back from Africa usually towards the end of March every year, and are an incredibly rare bird to see in the UK.”

“It’s tragic,” Sima said. “Have you ever seen anything like this happen before? Taking a chainsaw and chopping it down – it’s just so brutal.”

“I worked for the RSPB [Royal Society for the Protection of Birds] for 15 years and I remember in the 1980s a very well-known egg collector at that time, Colin Watson, he went out to a famous Osprey nesting tree in the winter and cut it down.

“But his beef was against the RSPB, which is what leads me to believe this individual might have a grudge against somebody involved in this organisation.”

Conservationists hope that a dummy egg placed in a nearby nest will lead the female to get used to heading over there and leave more eggs.

“Although it doesn’t take away from this idiotic act of vandalism,” Iolo added.

He explained how the ospreys “bring joy” to so many people in the area, who have been left devastated.

Many viewers took to Twitter to express their outrage. One said: “If you find the culprit who cut down the Osprey nest I suggest you go after him with a chainsaw #BBCBreakfast.”

Another person wrote: “Absolutely shocking. Hope they catch whoever committed this crime.”

“@BBCCountryfile terrible to see on news about osprey nest chainsaw down I hope find person in wales did this , put up wildlife camera’s catch them,” a third commented to the environmental-focused show.

BBC Breakfast airs daily at 6am on BBC One.

I was sexually assaulted by my masseur…then couldn’t face reporting him to police, says Nicola McLean – The Sun

The Voice Performance Finale Recap: Which of the Top 5 Sang Like a Winner?