KYLIE Jenner showed off an extravagant hairstyle during her Bahamas vacation on Sunday – leaving followers and sister Khloe Kardashian confused.

Kylie, 22, posted a series of Instagram photos with a floor-length braided ponytail. 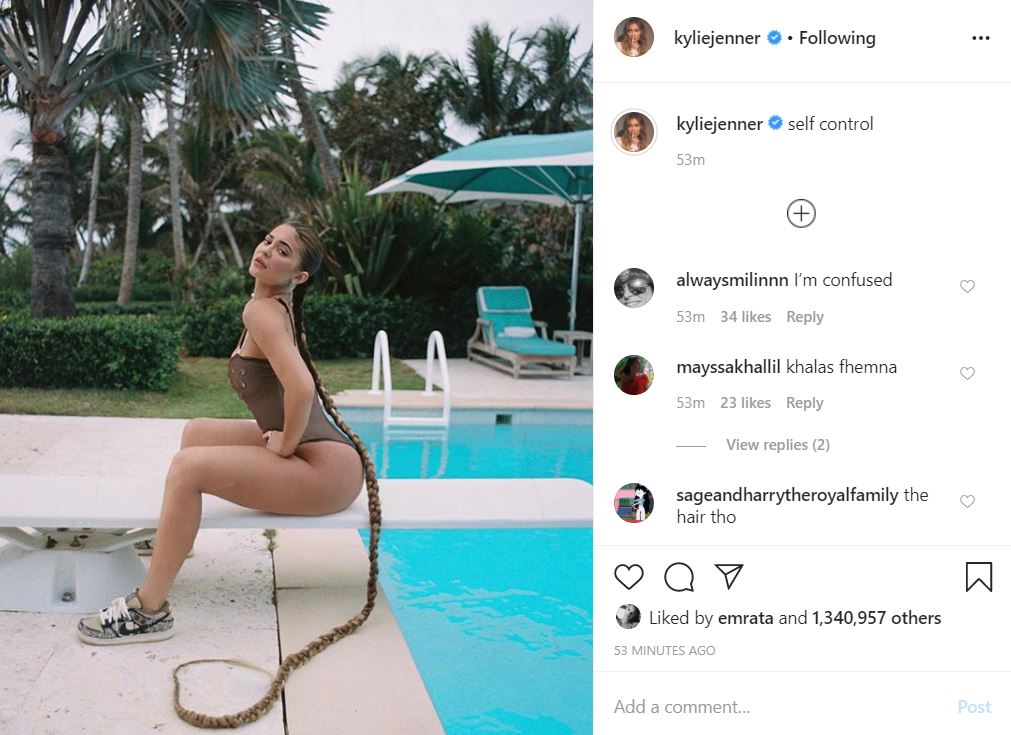 The hair color is the same as her honey tresses she debuted earlier this month.

The photos were met with mixed-reactions, as Kylie’s own sister called her out for the bizarre hairstyle.

Singer Normani wrote: “So this is what we’re doing. Got it.” 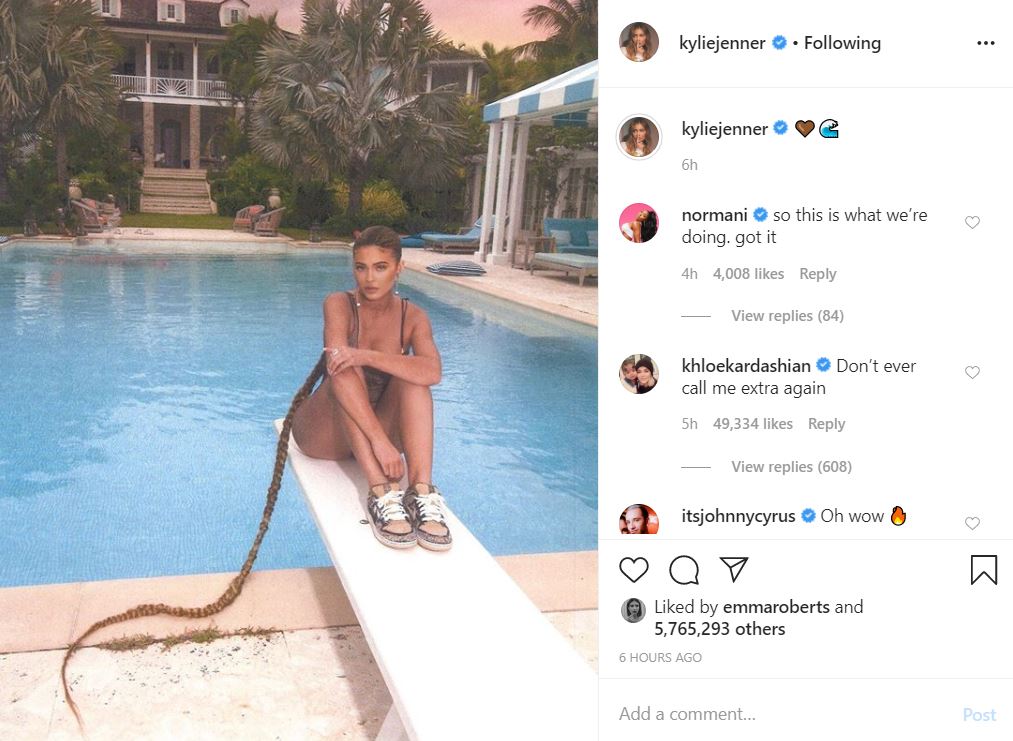 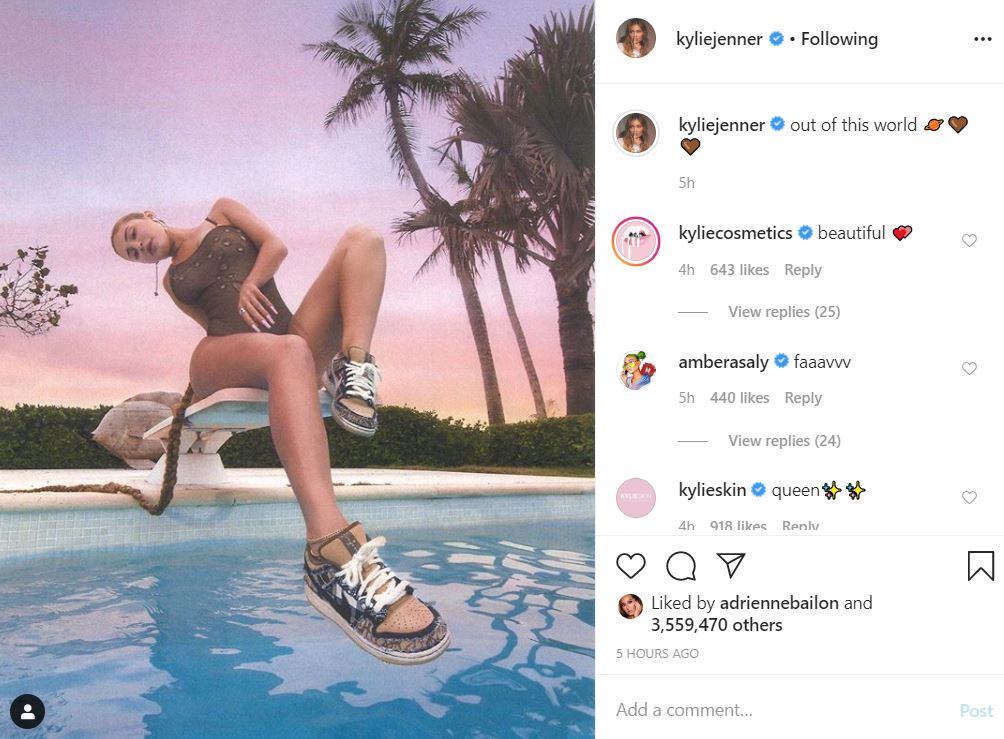 A fan wrote: “What is with the 3-6ft of hair these days? A lot of girls are doing this and I just don’t understand why.”

Another fan wrote: "I love her but no need."

While some fans were “confused” over the hairstyle and said it was “too much,” others commented with fire emojis and compared her to “Rapunzel.”

The Kylie Cosmetics owner has been in the Bahamas on a girls' trip with her daughter Stormi, 2, and friends Stassie Karanikolaou and Amber Asaly. 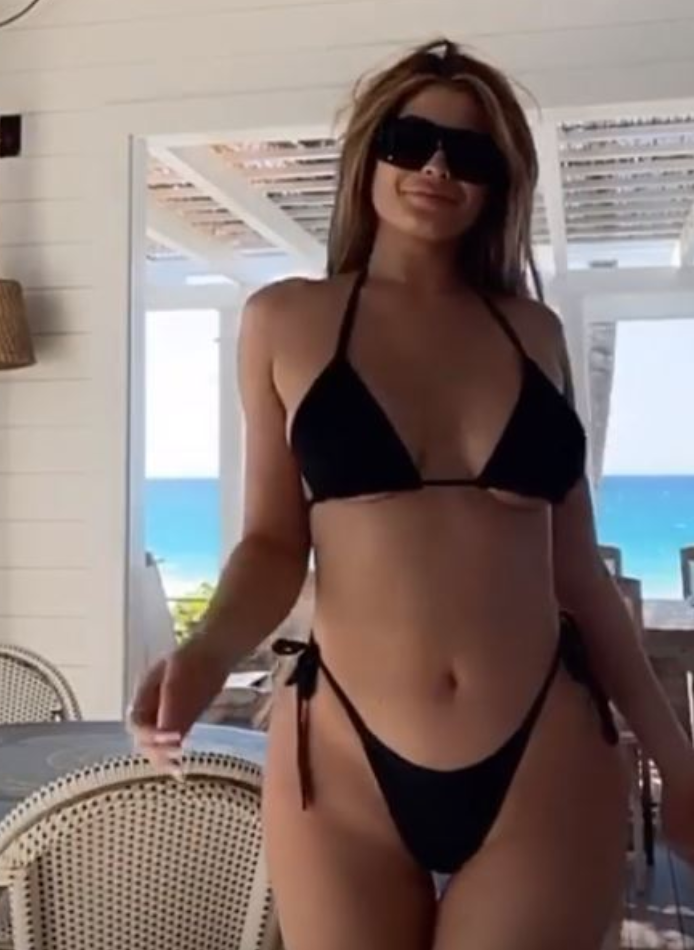 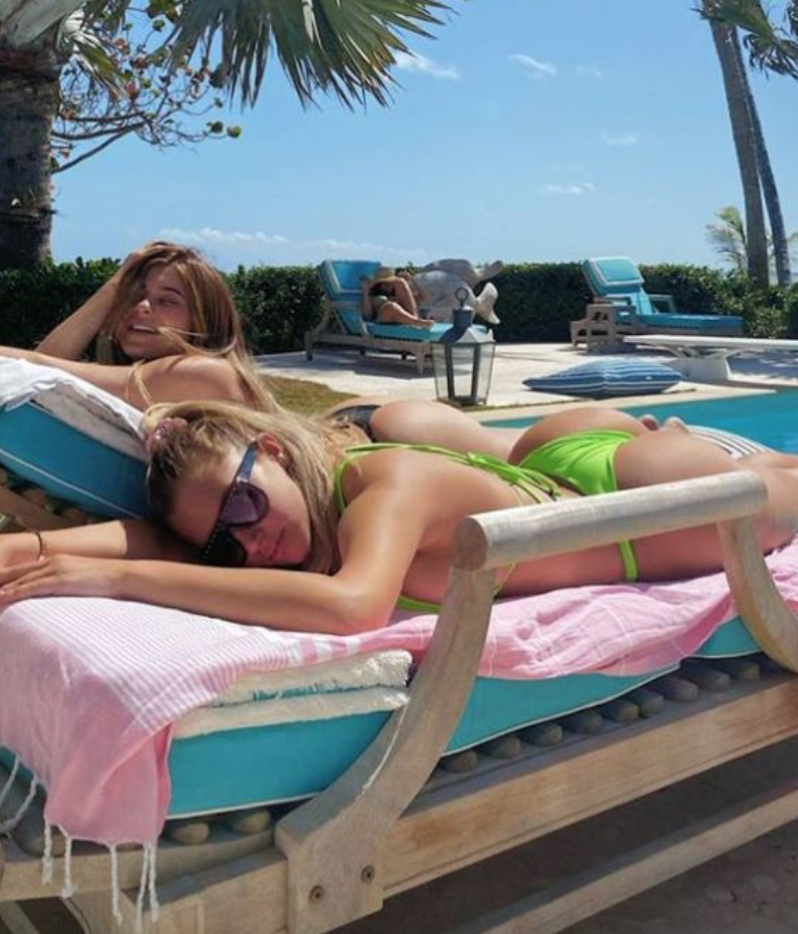 On Saturday, Kylie posted Instagram shots of her in a revealing black bikini.

She captioned a photo with Stassi: “Saturday’s are for the girls.”

The trip comes after Kylie appears to have reconciled with baby daddy Travis Scott.

She posted three photos with him on her Instagram Story with the caption: “It’s a mood.” 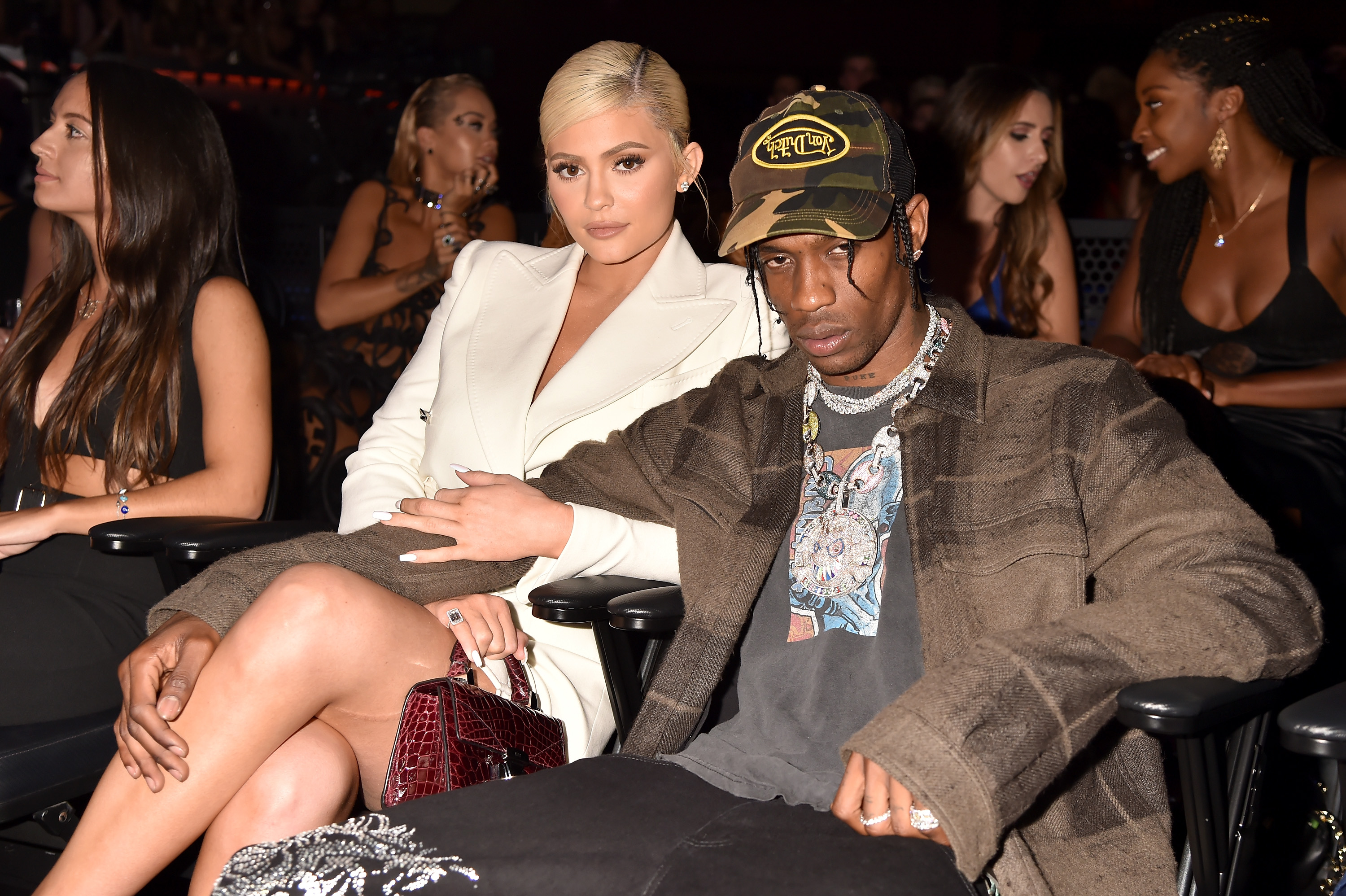 She also promoted his new sneakers with brand Nike.

The Sun exclusively reported earlier this month that the two are secretly back together.

The insider said: “They’ll keep their separate houses and don’t want to do anything too public as if everything goes wrong, they don’t want to announce another split.

“But they’re together – her family are happy but want her to be cautious.”

'Soulmates' Anthology Series Renewed at AMC Ahead of Premiere