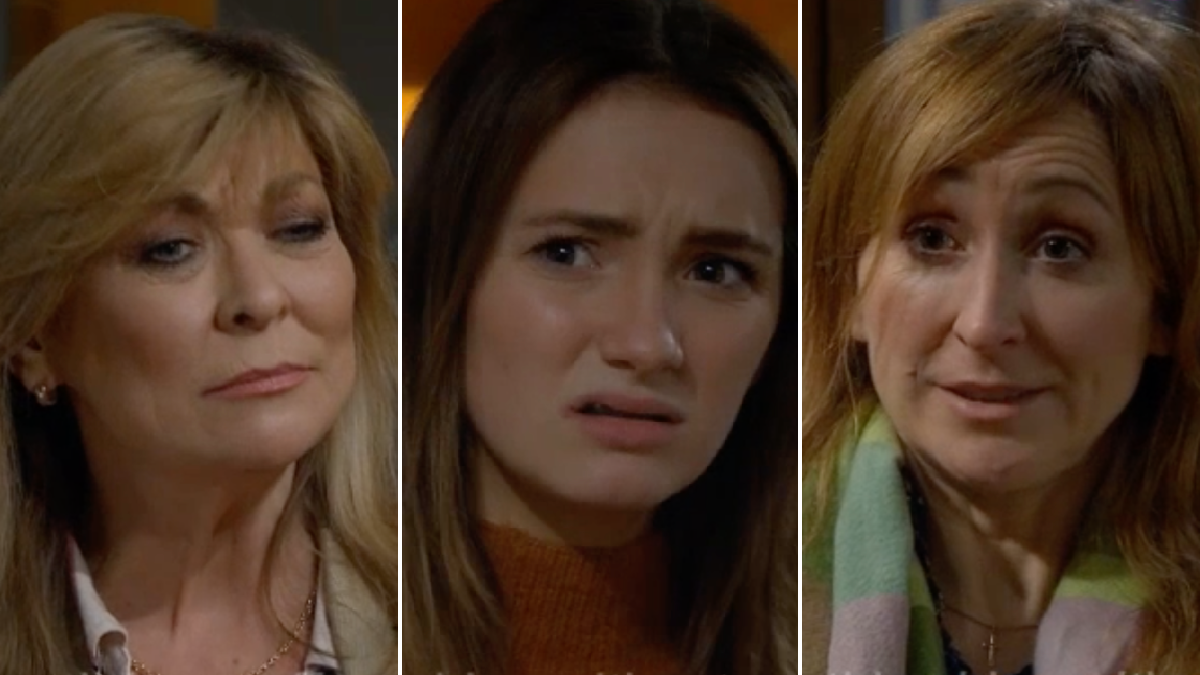 Emmerdale’s Gabby Thomas (Rosie Bentham) has been left tempted by an offer of a room at Home Farm as scheming Kim Tate (Claire King) seeks to wreck the teen’s bond with Laurel (Charlotte Bellamy).

Scenes just shown on the ITV soap saw pregnant Gabby enticed by promises of appointments with a private doctor as well as living accommodation in the nursery flat.

And despite assurances by Laurel that she would always stand by her, Gabby couldn’t resist telling her that she already felt down.

The showdown came after Laurel accidentally blew Gabby’s big baby news when she was witnessed by Nicola (Nicola Wheeler) handing over a canister of folic acid.

As secrets continued to be spilled and Laurel realised that Jamie Tate (Alexander Lincoln) was the father of Gabby’s baby, the scene eventually shifted to Home Farm where Laurel gave voice to her concerns that Kim has an underlying agenda in wanting to keep Gabby close.

Knowing how ruthless Kim can be, Laurel tried to make Gabby see sense. But the mum-to-be seems convinced that siding with Kim is the best way to win the affections of Jamie and appears determined to keep her baby.

Next week’s episodes will see Gabby shock Jamie when she announces that she’s moving into Home Farm, a decision that looks set to have far-reaching repercussions in the weeks, months and possibly even years ahead.

Emmerdale has already teased that Kim may well eventually find herself outmanoeuvred by her protégé as Gabby seeks to seize power. Speaking about whether she wanted to see Gabby steal Kim’s crown, actress Rosie Bentham said recently: ‘I’d love to! Gabby will do whatever it takes. She loves the thought.’

The Truth About The Bachelor’s Serena Pitt

'The Office': The Actual Reason Phyllis Has a Photo of Her Doing Burlesque on Her Desk