LIL Nas X shared a steamy kiss with a dancer during his wild Egytian-themed performance at the BET Awards.

The Old Town Road singer, 22, locked lips with the man while singing Montero (Call Me by Your Name) at LA's Microsoft Theater on Sunday night. 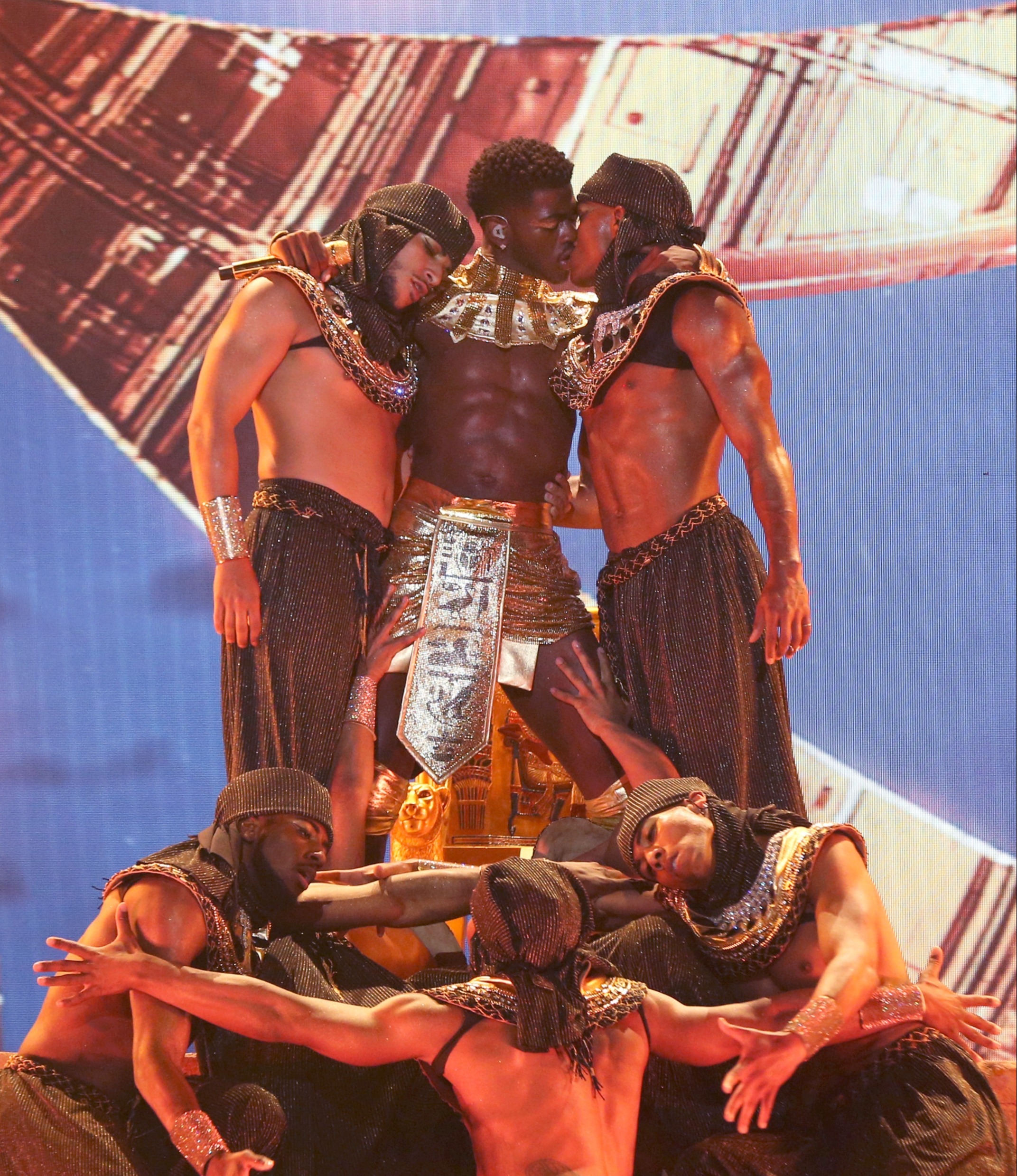 Lil Nas – who came out as gay in 2019 – wrapped his arms around two of the male dancers before kissing one of them.

The rapper – born Montero Lamar Hill – later took to Twitter to shut down trolls who accused him of disrespecting African culture.

The critic wrote: "DONT USE AFRICAN CULTURE FOR S**TS LIKE THIS!!!!!!! RESPECT OUR ANCESTORS."

He replied: "Y'all really like to pretend homosexuality didn't exist in African culture." 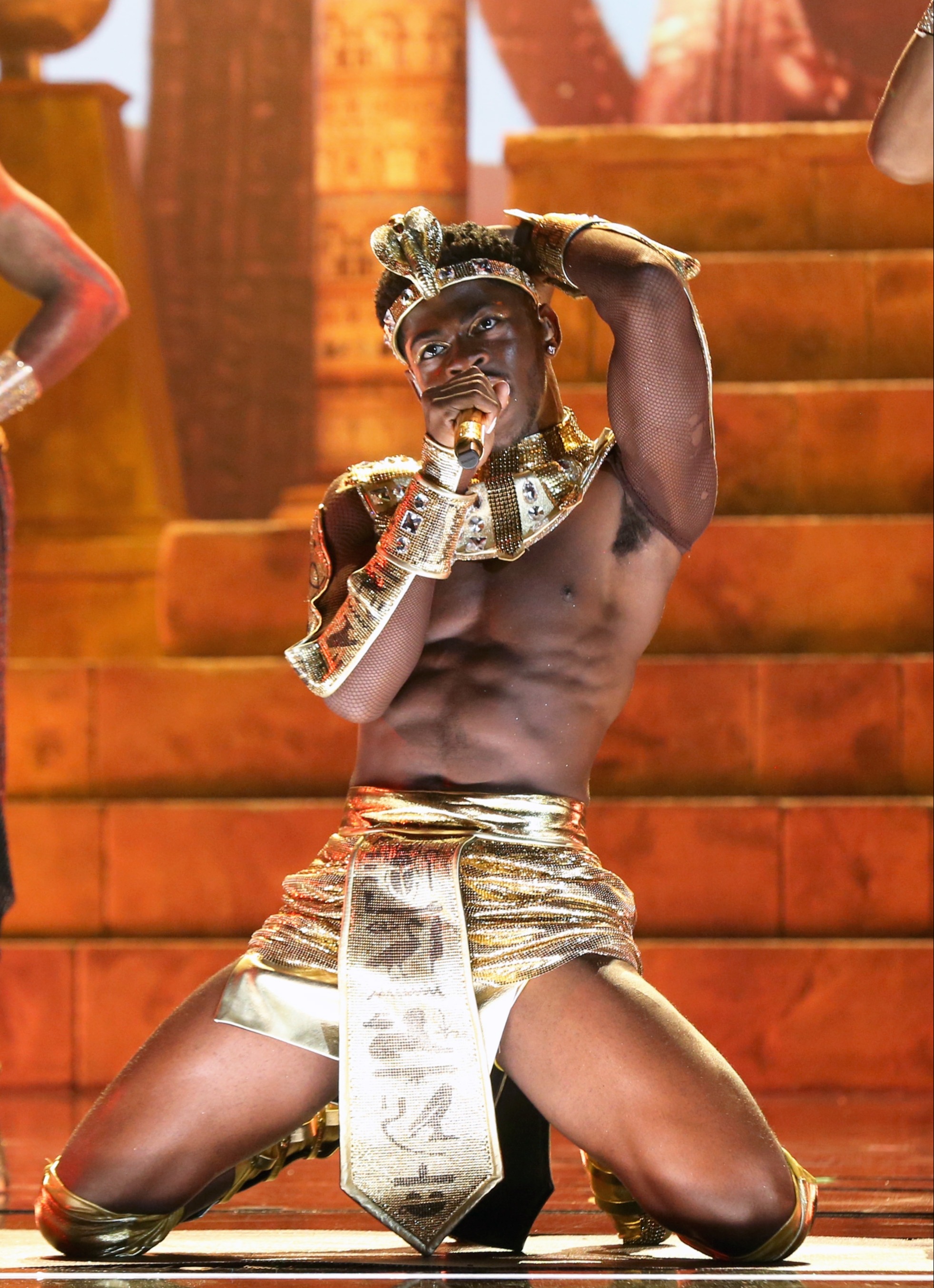 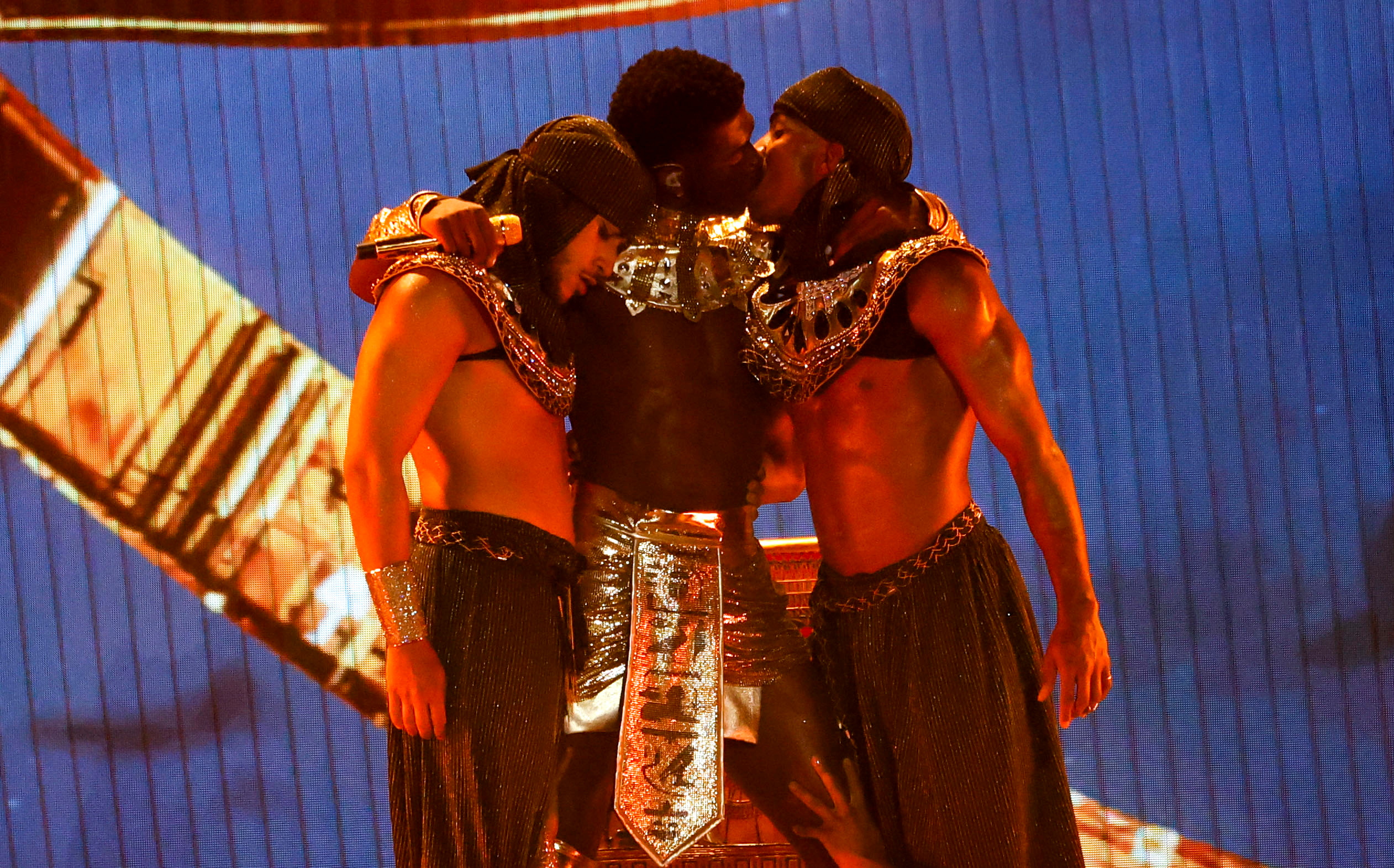 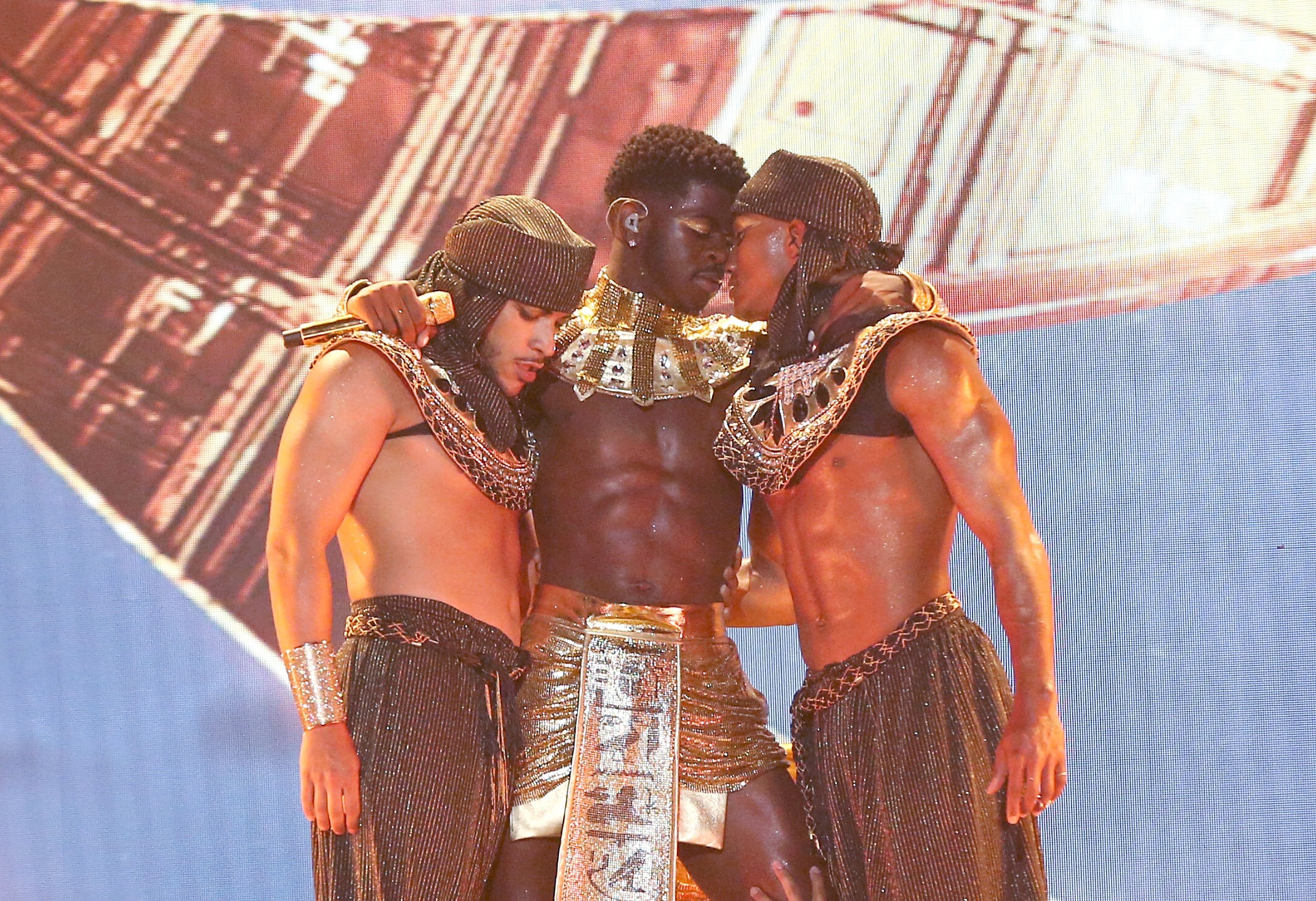 Despite the negative comment, Lil Nas was universally praised for his performance by fans.

One wrote: "Queer culture has been at the bet awards , but I’m so proud of Lil Nas for his performance tonight!!

"A lot of black culture still sadly holds so much homophobia. Proud of performers like him and plenty now and before ( prince , Frank , etc )…" 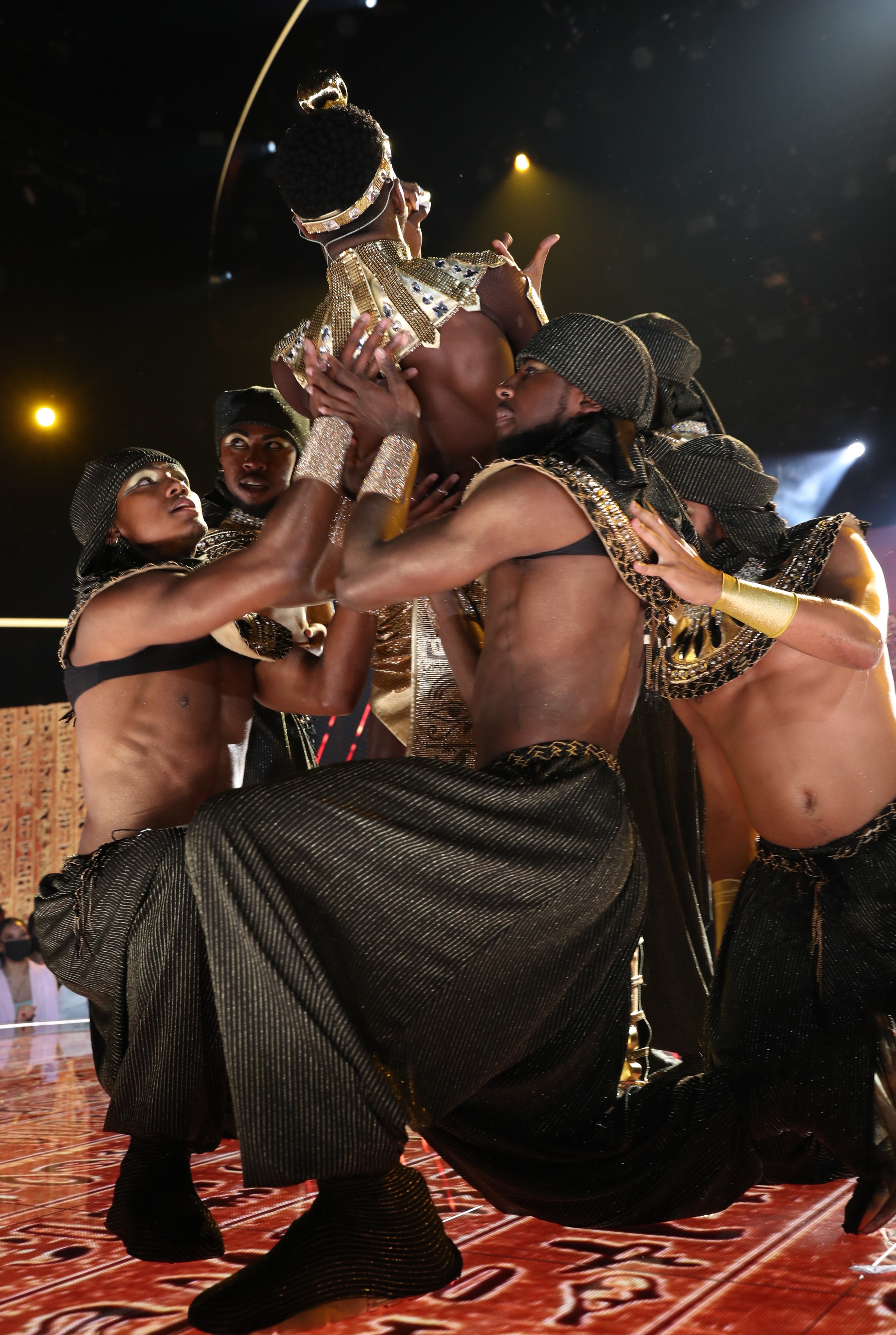 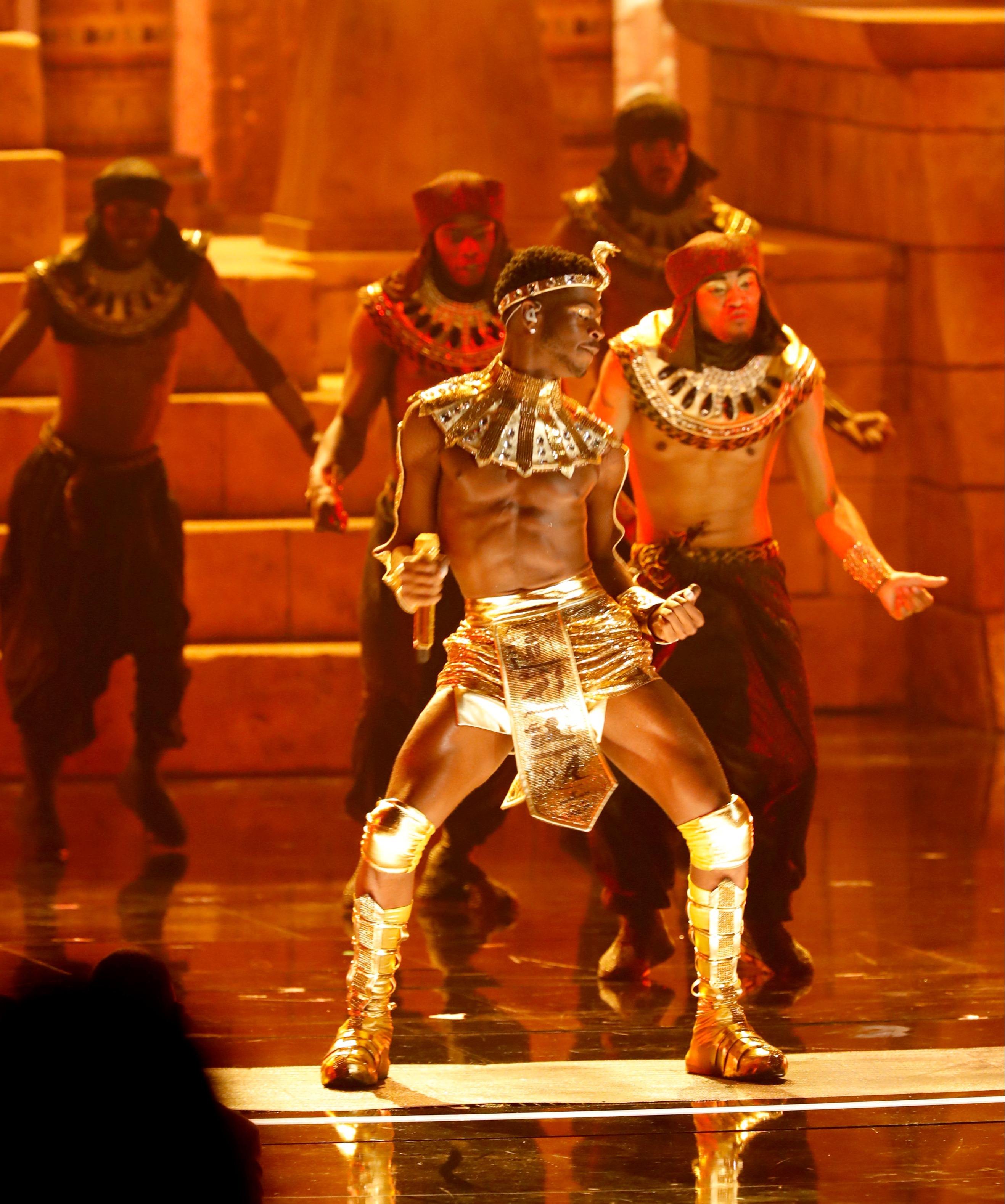 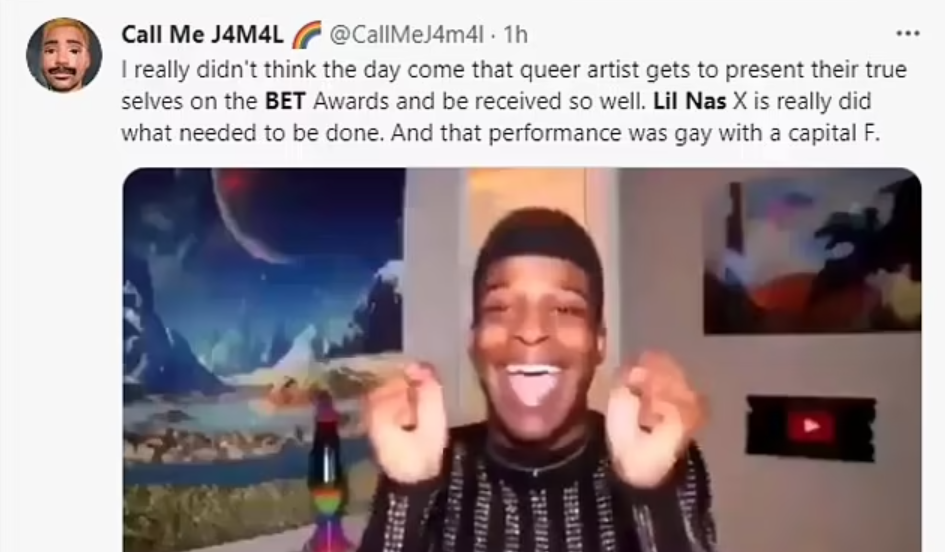 Another added: "I really didn't think the day come that queer artist gets to present their true selves on the BET Awards and be received so well.

"Lil Nas X is really did what needed to be done. And that performance was gay with a capital F." 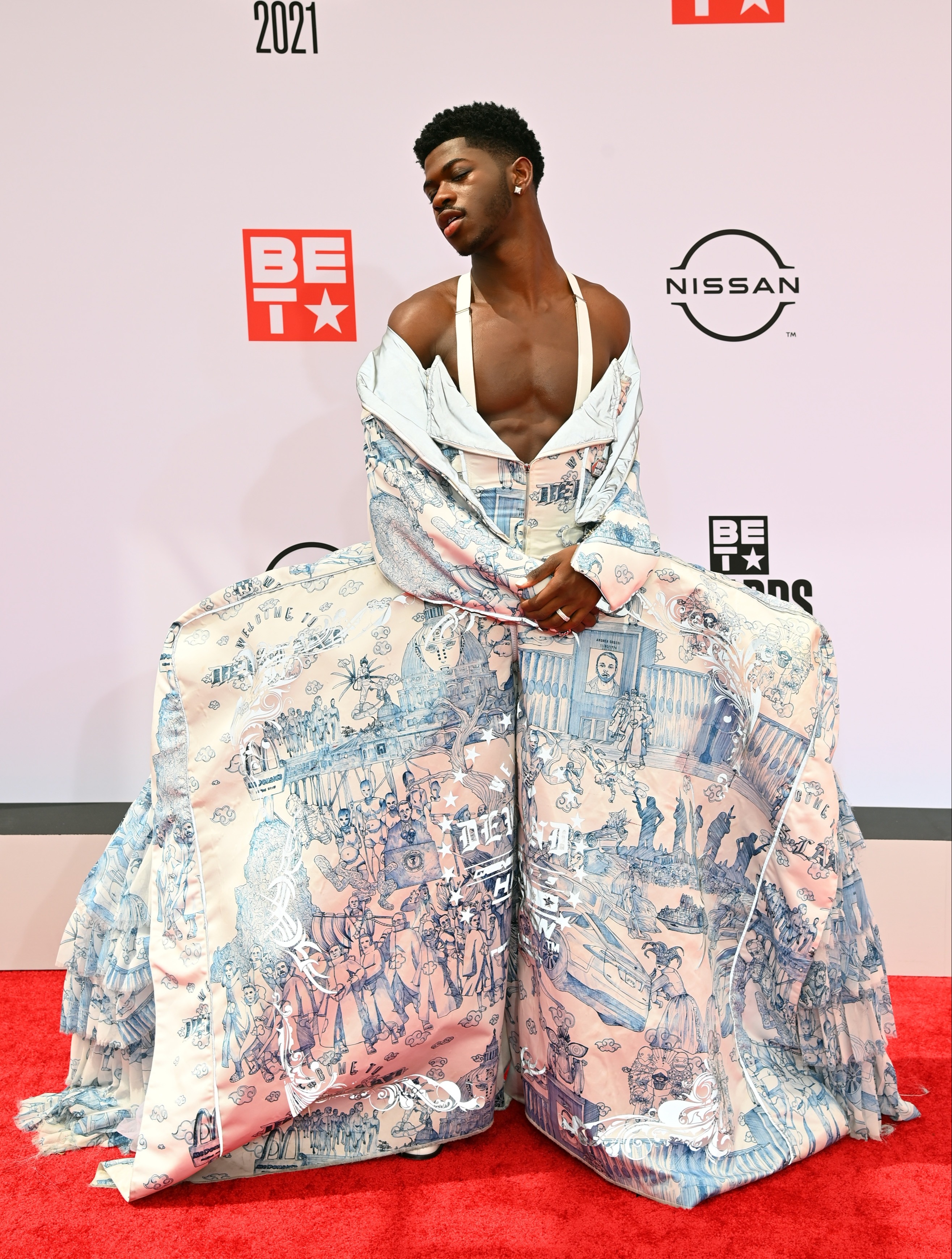 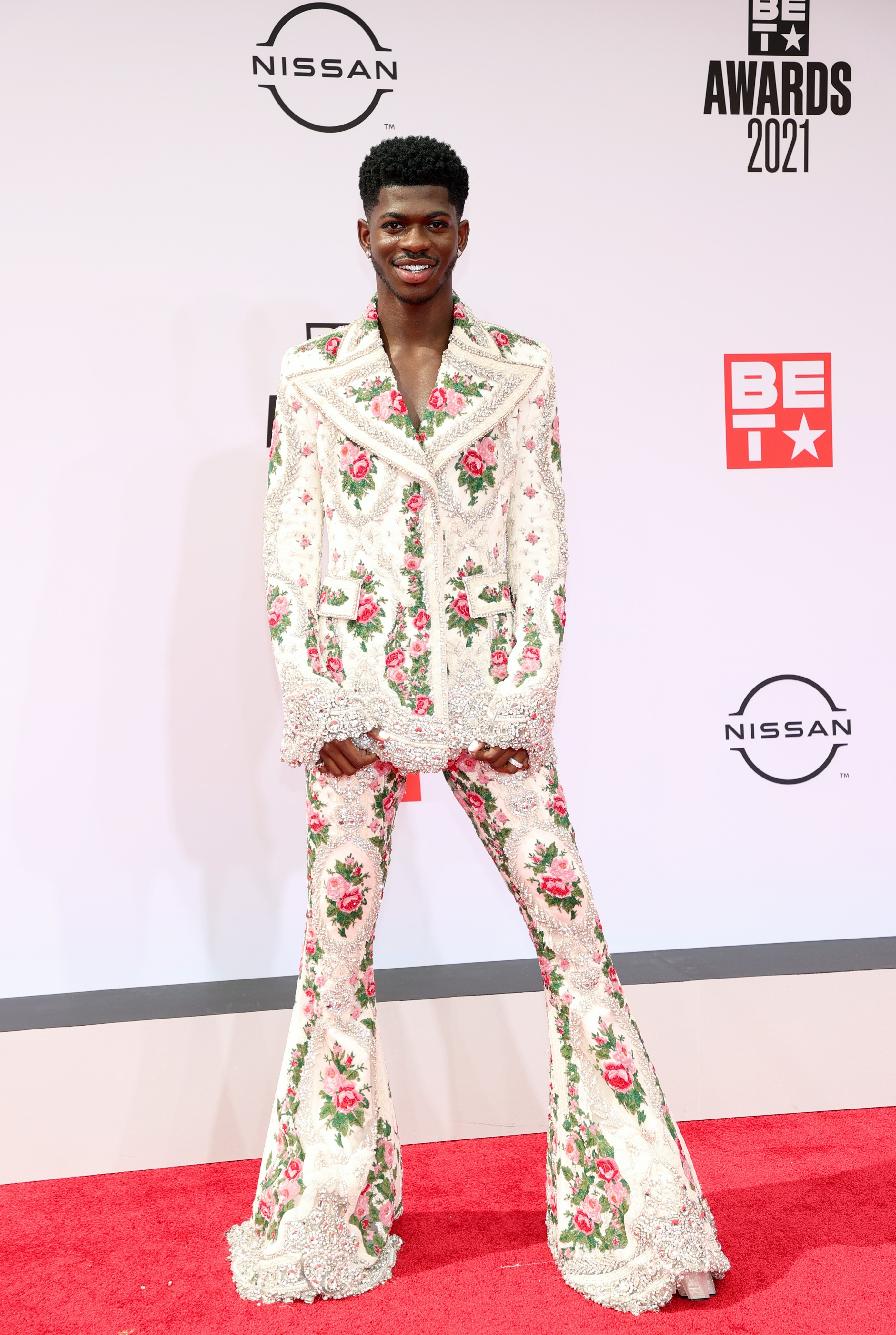 He arrived on stage in a black cloak like Michael Jackson did as he entered an Egyptian palace to entertain the Pharaoh's Queen.

His song Montero will appear on his long-awaited debut studio album, which will drop later this summer.

Earlier in the evening, the rapper made a bold fashion statement on the red carpet as he wore a plunging blue and white gown.

Lil Nas stunned in the printed dress, which was cut out at the chest and featured a dramatic full skirt.

He faced backlash from conservative critics for releasing the sneakers and a Satanic-themed music video in the run-up to Easter.