MasterChef’s heats are in full swing on BBC One as a host of contestants take part in a series of challenges for a chance to make it through to the semi-finals. The cooking competition has returned for its 16th series and the pressure is on as a number of amateur cooks battle it out to try and impress judges Gregg Wallace and John Torode. However, the pair have spoken out on the challenges they face as they judge the competition.

In an exclusive interview with Express.co.uk, John and Gregg revealed whether they ever spot winning potential with one of the cooks during the early rounds of the competition.

John said: “Of course but there’s those you get really excited about and then they turn around and do a rubbish dish and you throw them out.

“That’s when it becomes difficult. We have our own favourite, individually we have things we like a lot. “

The culinary experts were asked what round they would introduce to MasterChef if logistics wasn’t a problem. 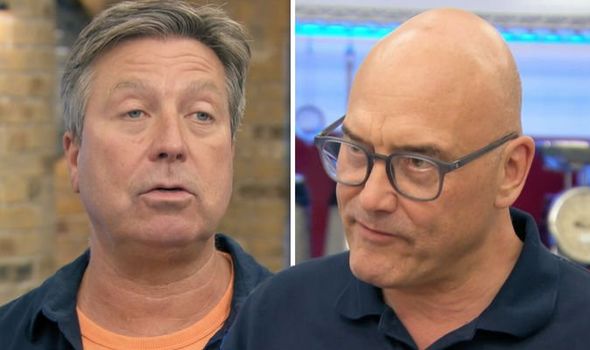 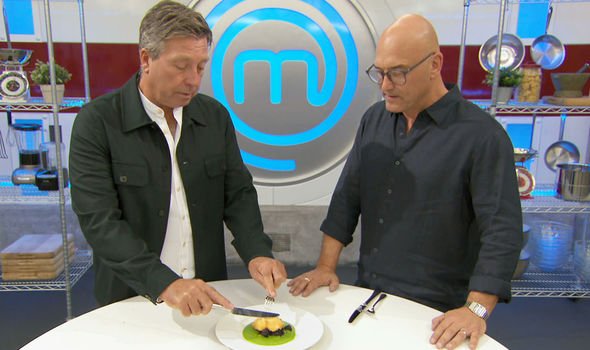 “Think of all the things you can do with custard, [it] would be really cool but I think that custard round would be brilliant.”

John and Gregg have been fronting the show for 16 seasons but Gregg cheekily suggested a shake-up to the line-up.

“I’d like a round where our wives could come in and help judge so Lisa [Faulkner] and Anna [Sterpini] come in…,” he suggested. 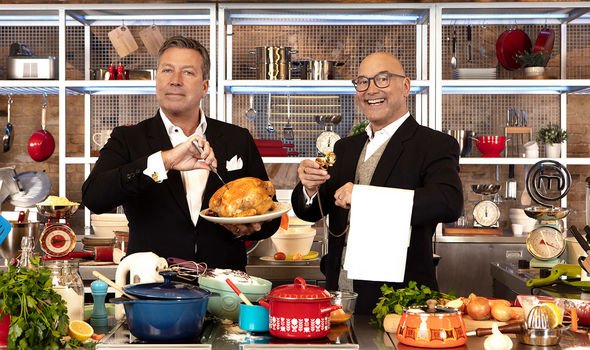 Not completely sold on the idea, John joked: “Bring your girlfriend to work day.”

The new series has undergone a number of shake-ups and the introduction of two brand new challenges.

The first round involves all six contestants cooking a signature dish and at the end, two cooks are sent through to the next round.

Next up the four remaining hopefuls take part in a Three Ingredient Challenge where a trio of food items have to be at the centre of a tasty dish.

Two more contestants are sent through to the next round while the remaining two exit the kitchen without an apron.

The four cooks that have made it through to this stage have to cook for other experts alongside John and Greg.

The guests chose one contestant to go through to the quarter-finals and the MasterChef judges decide which one person to send home.

Both John and Gregg often showcase their different tastes by the different elements they pick out in dishes.

But, when asked if they disagree, Gregg said: “Yes we do regularly, very, very regularly because we are both opinionated people.

“The other thing is we have our own tastes,” John remarked. “After 16 years we’ve kept our own personalities and opinions.

“That’s the beauty of MasterChef you don’t want two judges that agree with each other.

“In the end you get the final four, and we both will agree they deserve to be there.”

MasterChef continues tonight on BBC One at 9pm.

When Will 'Survivor' Season 41 premiere?

Where is Normal People filmed? Filming locations in Ireland, Italy and Sweden revealed – The Sun

Riverdale Comic-Con Flashback: 'Bughead' Gets Handsy, A 'Clash of the Hot Daddies' and More — Watch

How to live longer: The numerous health benefits of lime-flavoured water