Starz series Outlander is going to see some dramatic twists and turns this week as the tension is taken up another notch. While Jamie Fraser (played by Sam Heughan) is busy dealing with the Regulators and their revolt, his wife Claire (Caitriona Balfe) will be facing her own challenges in her surgery. On top of this, it looks like Brianna MacKenzie (Sophie Skelton) and Roger (Richard Rankin) will also have some woes of their own.

Outlander season five, episode five is called Perpetual Adoration and will be airing on Starz in the US on Sunday, March 15.

The episode will be available on the Starz app from midnight and will be broadcast on American television later in the evening.

Amazon Prime is going to be releasing the episode the following day on Monday, March 16.

A short promo for the instalment reads: “Jamie and his militia arrive at Hillsborough to learn that Governor Tryon [Tim Downie] has proposed a rather unorthodox solution to deal with the threat posed by the Regulators and to resolve the growing political crisis.” 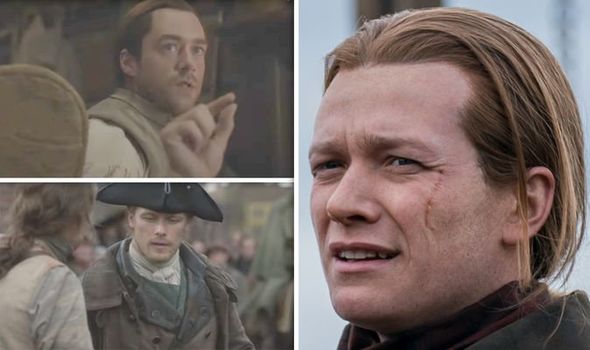 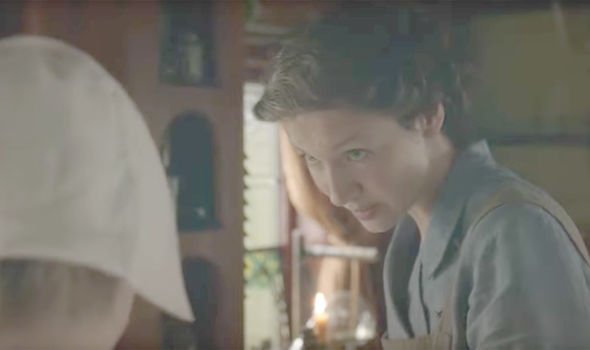 Starz has also dropped a teaser which starts with Roger finding a bullet.

He says: “What is this? It’s Bonnet’s, isn’t it?” The Oxford historian looks scared as he sits by the fire as it seems the violent smuggler will be returning to their lives.

From the start of this season, fans know Stephen Bonnet (Ed Speleers) is very much back on the scene and has plans to see his child.

Bonnet is also just as ruthless as ever as he blinded a man after rigging a bet, so audiences are in no doubt of his danger. 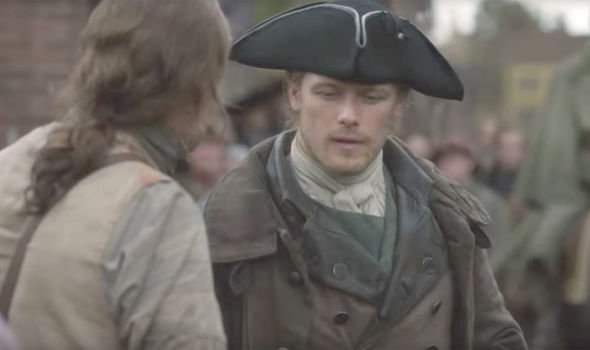 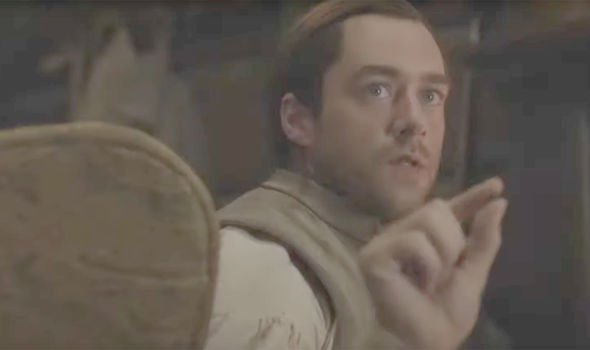 If the books are anything to go by, Bonnet is going to be kidnapping baby Jemmy and hoping to raise the child.

Jemmy and Brianna will be put in danger by Bonnet, which could result in tragedy.

Depending on the direction the show is planning to take, the kidnap could happen very soon.

Both Claire and Roger wants Jemmy and Brianna to return to the future, where it would be safer.

But it looks like Bonnet could be involved and thwart the time travelling plans.

Viewers will have to see whether the show follows the books but there’s been a sense of foreboding a child abduction could be on the cards.

Along with this, the trailer features Claire in her surgery with apprentice Marsali Fraser (Lauren Lyle).

Claire warns her: “Everything you do as a doctor involves risk, sometimes even fatal.”

But they are not the only ones facing danger as Jamie is informed by a colonist: “The Redcoats are benefitting from our hospitality.”

Jamie continues to navigate the situation and nods, simply asking: “Where are they?”

Back at Fraser’s Ridge, Marsali hands Claire a scalpel as they perform a small operation.

As the trailer comes to a close, Claire says: “Careful, this is the tricky part.”

While the teaser doesn’t give anything away, there’s a sense the episode is going to be building towards something big.

Also, there are three strong and separate story strands running through the instalment which will keep viewers gripped.

First Look: Behind The Music Is Coming To Paramount+

Pensioner, 77, is spared jail for strangling his wife of 61 years