The gang are back together again in the final two episodes of Queen of the South, coming to the USA Network over the next fortnight. However, some new spoilerific details about the rest of the season have some fans bracing themselves for a shock this Wednesday.

Episode nine, ‘A Prueba de Balas/Bulletproof’, of Queen of the South’s fifth season could feature the unexpected death of Teresa Mendoza (played by Alice Braga).

After the most action-packed episode of the final season yet, viewers are gearing up for another two high-octane instalments starting later this week.

However, the revealing synopses for the upcoming episodes may have inadvertently revealed some major spoilers. 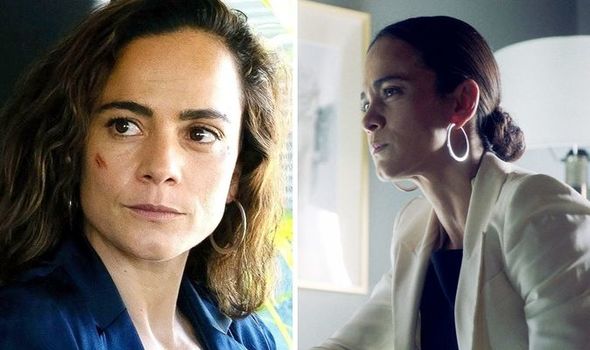 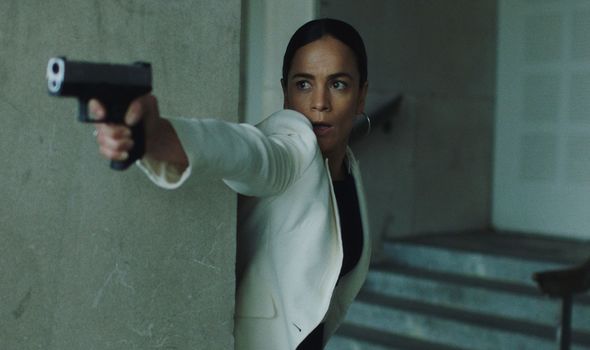 In episode nine: “While Pote and Kelly Anne adapt to suburban life, Teresa and James are forced to go after Kostya.”

Following the death of Oksana (Vera Cherny), Teresa and James (Peter Gadiot) will have to take on their team’s biggest threat, the Russian drug lord Kostya

Sadly, their next and possibly final mission could have disastrous consequences, as Teresa is conspicuously absent from the summary for episode ten.

The description for ‘El Final’ reads: “Pote, Kelly Anne, and James try to disappear, but they must fend off attacks from Devon Finch and Boaz.” 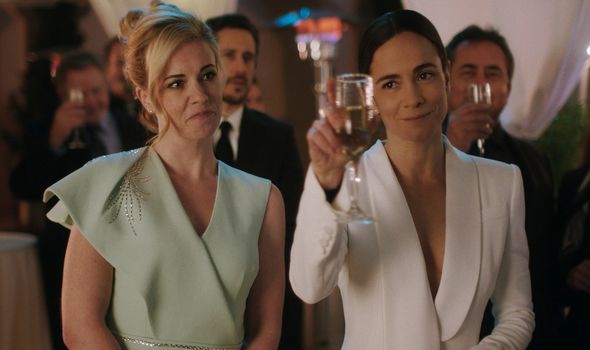 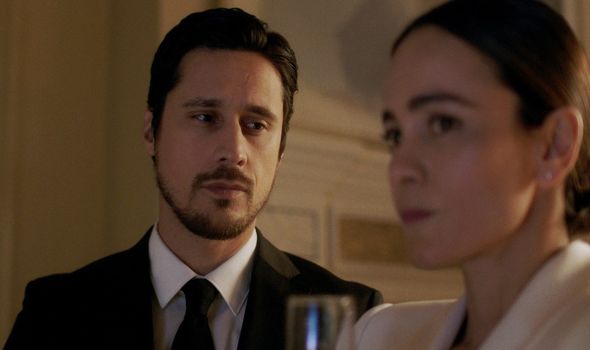 While the rest of the gang are looking for a way out of their criminal lifestyle, Teresa is nowhere to be seen.

Some viewers believe the next episode could finally reveal what happens to the Queenpin when she’s shot in the flashforward prologue at the start of the first episode.

Although popular theories suggest Teresa will somehow fake her death, others are worried she may not be so lucky.

As the fifth and final season of Queen of the South heats up, viewers recently took to Reddit with their predictions.

One concerned fan commented: “I am very worried about Teresa.”

“I think something happens to her in episode 9, her name does not appear in the synopsis of episode 10. I think it will be an episode that changes her life.”

Another fan suggested: “Teresa is killed as shown in the pilot opening, her empire collapses, James leaves the business, Pote and KA go on raising their baby.”

While a third fan added: “By the looks of the promo of episode 9 I think that Teresa and James are going to fail taking out Kostya.”

Most of the fanbase seems to agree that trying to take down Kostya (Pasha Lychnikoff) will turn out to be a suicide mission, and could end in tragedy for Teresa.

Then again, the drug lord has already managed to escape from near certain death several times throughout the series.

Popular theories already suggest her violent end in the first season prologue could turn out to be one huge misdirect.

Could Teresa once again defy all odds by coming out on top in Queen of the South’s epic grand finale?

Queen of the South season 5 continues Wednesday, June 1 on the USA Network.

'The Bachelor': Demi Burnett Admitted She Tried to Make Out With Nick Viall

Courteney Cox Eating Her Way Through Disneyland Is a Summertime Mood

White House will keep US troops at Mexico border through 2021

Australia’s Splendour In The Grass Postponed Until October