“Dragging the Classics: The Brady Bunch” premieres June 30 on Paramount+ 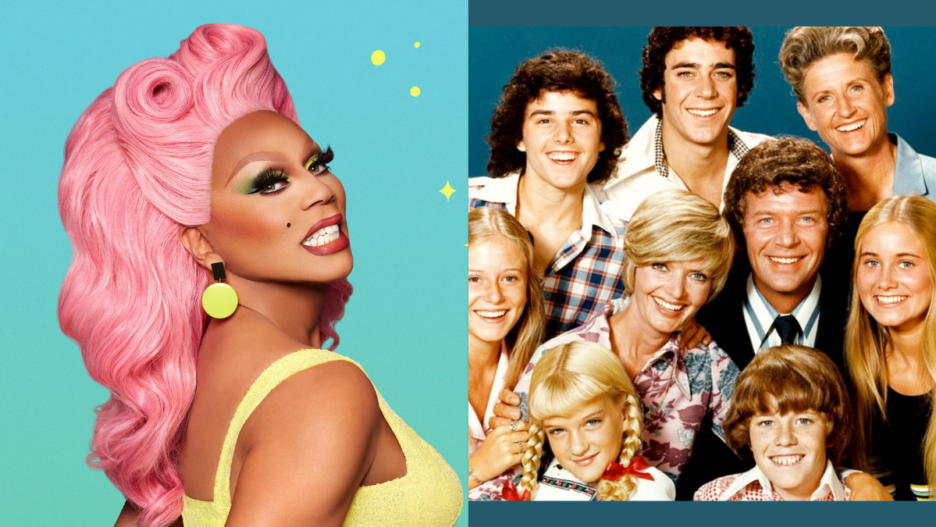 Airing from 1969 to 1974 on ABC, “The Brady Bunch” remains one of the most popular sitcoms of all time. Check out which “Drag Race” all-stars are slated to portray which classic characters in the “Dragging the Classics” crossover.

Marcia, Marcia, Marcia! The eldest Brady sister, originally played by Maureen McCormick, will be portrayed by Shea Couleé, a “Drag Race” legend known for competing on Season 9 of the show and winning Season 5 of its “All Stars” edition.

We can’t wait to see *that* hairstyle come to life when Season 6 winner Bianca Del Rio takes on the role of matriarch Carol Brady, who was played memorably by the late Florence Henderson.

The endlessly meme-able middle sister Jan Brady, played by Eve Plumb, will get a 2021 update from Kylie Sonique Love, a fan favorite from “Drag Race” season 2 and “All-Stars” season six.

Drag Queen and activist Nina West will be providing her take on Alice, the Brady family’s witty housekeeper. Alice was originally portrayed by the late Ann B. Davis.

“Drag Race” Season 13 runner-up Kandy Muse will be donning the pigtails of the youngest of the Brady clan, Cindy Brady, who was originally played by Susan Olsen.

'I F*cked Your Boyfriend': Juliette Tells Alyssa About Her Siesta Key Hookup…With Alex