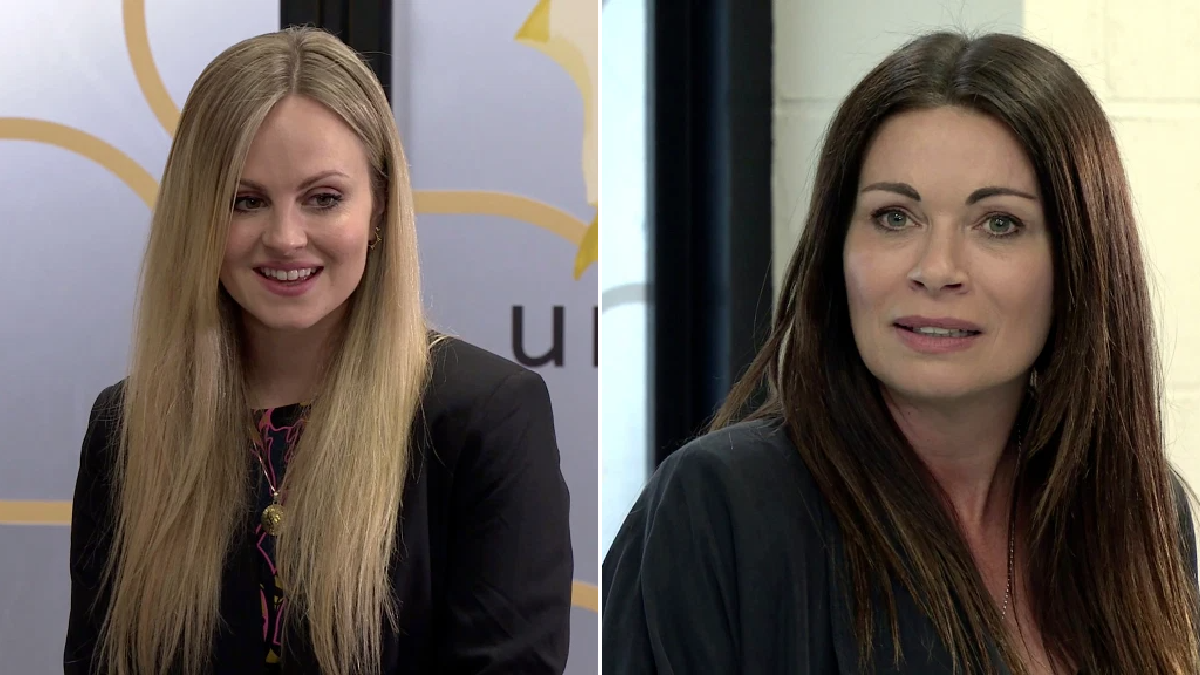 The feud between Sarah Platt (Tina O’Brien) and Carla Connor (Alison King) has escalated somewhat in the past few weeks in Coronation Street.

As Sarah and Carla attempted to get back their stock from Lucas’ (Glen Wallace) premises, they clashed and wasted no time in exchanging insults at each other.

It was quite the argument indeed as Sarah told Carla that Peter’s (Chris Gascoyne) transplant would end up being a waste, and Carla told Sarah she was trying to ruin everything to get back at her for sleeping with Adam (Sam Robertson).

As this battle continues, could Sarah get one up on Carla as she takes over the factory?

Nick (Ben Price) tells an angry Sarah he’s going to sell his shares in the factory as he wants to spend more time with Leanne (Jane Danson).

Nick and Simon (Alex Bain) spoil Leanne with a champagne breakfast for her birthday.

Later, Sarah finds out that Nick has let down an important client and asserts that until he finds someone to buy his shares, he’d better pull his finger out.

Adam suggests buying Nick’s shares so Sarah can be in charge which leaves her ecstatic.

But will Sarah become the new owner of Underworld?

Or has Nick already sold his shares?

'Star Wars': Luke Skywalker Was So Powerful He Didn't Even Need a Lightsaber

Two thirds of youngsters are ‘desperate’ to ditch fast fashion – but don’t know where to start, according to a study