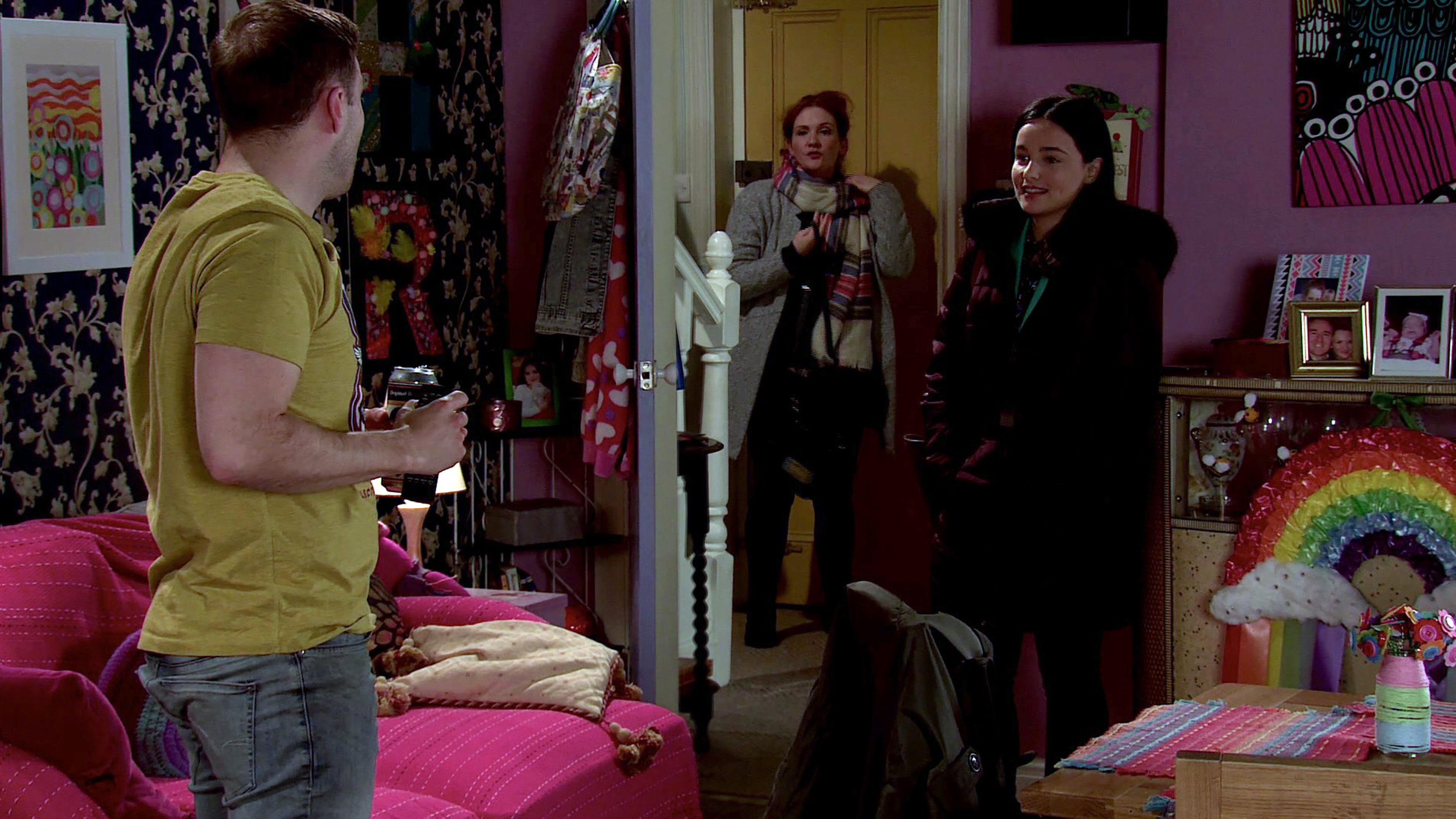 She been working at Underworld and up until recently, she was caught up in quite an awkward love triangle while living with Emma (Alexandra Mardell) and Seb (Harry Visinoni).

However, with Alina now being unable to afford a flat on her own, Tyrone (Alan Halsall) offered her a place to stay at No.9.

With Tyrone feeling uncomfortable around Alina, he makes matters worse soon with a huge mistake.

Tyrone confided in Dev (Jimmi Harkishin) recently, telling him how he wishes he hadn’t asked Alina to move in as he can’t relax with a stranger in the house, and it wasn’t long until Evelyn (Maureen Lipman) advised Tyrone to get shot of Alina as there was already too many women in the house.

Fiz (Jennie McAlpine) admonishes Tyrone for throwing Alina out at such short notice and Tyrone squirms.

A downbeat Alina calls at the garage and returns her key to Tyrone. When she explains how she was turned down for a job, Tyrone suggests she should take up beauty therapy again.

Alina’s not keen, and Tyrone wonders if he’s said the wrong thing.

Tyrone hasn’t considered the fact that last time Alina worked in a beauty parlour, she found herself at the mercy of people traffickers – how will he react when he’s reminded of what she went through?

Could a new friendship be forming between these two?

Matt Damon 'Violated' a Family Rule to Star in 'Stillwater'