The Star Wars prequel trilogy will probably always be a contentious subject for fans. After such high expectations, the movies — particularly 1999’s The Phantom Menace — weren’t nearly as well-received as anyone hoped. At least part of why so many fans criticize the prequels is their convoluted plot. But Star Wars: Revenge of the Sith nearly cleared up one huge mystery. 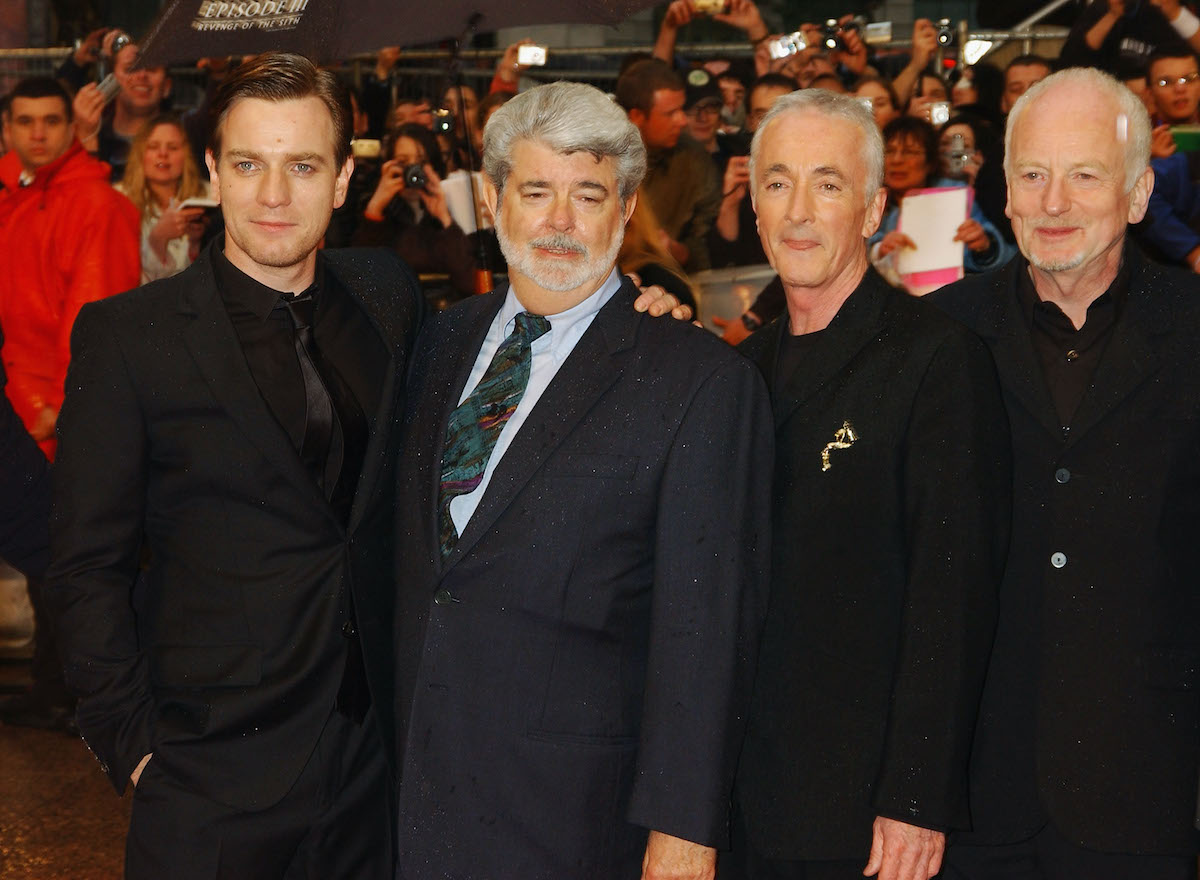 ‘Star Wars’ fans had a divisive response to the prequel trilogy

Longtime fans hoping the Star Wars prequels would help them recapture their youth found the movies lacking. But The Phantom Menace and its sequels inspired a whole new generation of fans. In fact, the prequels have only become more appreciated as the children who saw it in theaters have grown. The inherent flaws in the Disney-led sequel trilogy also help in contrast.

Together, the Star Wars prequels chronicle Anakin Skywalker’s rise within the Jedi Order and tragic fall to the Dark Side. Many fans bristled at the way Jake Lloyd and Hayden Christensen played the character. But George Lucas’ intentions were clear: to reveal the untold origin story behind the future Sith Lord. Too bad he never fully explained his parentage for audiences.

In a nod to his status as a potential savior, The Phantom Menace implies Anakin was immaculately conceived. “There was no father,” Shmi Skywalker (Pernilla August) explains. Qui-Gon Jinn (Liam Neeson) theorizes Anakin could have been conceived by the Force itself to bring balance. Though Lucas never confirmed this, he originally meant to dig a bit deeper.

The new book The Star Wars Archives: 1999-2005 (via Polygon) clarifies how Revenge of the Sith meant to explain Anakin’s conception. The movie’s original script once featured a line that revealed Chancellor Palpatine aka Darth Sidious (Ian McDiarmid) created Anakin. Sidious admitted he used the Force “to will the midi-chlorians to start the cell division” himself.

Fans might remember a scene in which Palpatine alludes to how the Force could be manipulated to create life. But Revenge of the Sith never made the connection explicit. Reportedly, Palpatine originally told Anakin he’d been waiting years for Anakin “to fulfill [his] destiny. Of course, Star Wars later introduced a similar mystery regarding Rey’s origin.

The prequel trilogy might not have been successful on every level, despite its fans. But it’s still a pivotal part of the Star Wars saga. Recent projects such as the sequel trilogy and The Mandalorian continue to acknowledge the prequels and more successfully integrate it into the rest of the franchise.

And fans probably haven’t seen the last of the prequel era. Star Wars: The Clone Wars finally received an appropriately epic conclusion on Disney+. Moreover, the streaming service is set to see Ewan McGregor reprise his prequel trilogy role as Obi-Wan Kenobi for a limited series. Perhaps the show can even address other lingering mysteries.

BlumFest 2020 Halloween Event Brings Together Stars of 'Freaky,' 'The Craft: Legacy,' and Of Course, 'Halloween'

‘Blue Bloods’: Jamie Reagan Gets the Blame, Again. What Should You Do if You’re Wrongfully Blamed at Work?

'The Hunger Games': Josh Hutcherson Trained with an Ex-Navy Seal who 'Wanted to Kill' Him

The Bay spoilers: Lisa Armstrong dealing with 's**t sandwich' of losing home, her toxic ex and a demotion in series 2