Nigel Farage discusses 'loathing from left' over US tour

Nigel Farage was called on to defend the success of his speaking tour of the United States after GMB Susanna Reid raised reports of low turnout. The former Brexit Party leader blasted left-wing “cancel mob” for spreading inaccurate information about the response to his tour which Mr Farage argued had attracted crowds of “thousands.” Mr Farage told the ITV host that the “loathing and hate of the left” was driving the false narrative.

Mr Farage told Good Morning Britain: “Just I have just finished an event here in Pheonix there were well over a thousand people there.

“Really uproarious mood and of course Brexit, the Trump phenomenon they are all part of the same thing we fighting common enemies.

“Yet what you get are these ridiculous cancel culture mobs putting out lies on Twitter that no one is turning up and all the rest of it.

He added: “The left make up fake news all the time such is their loathing and hatred of those of us that believe in national democracy.” 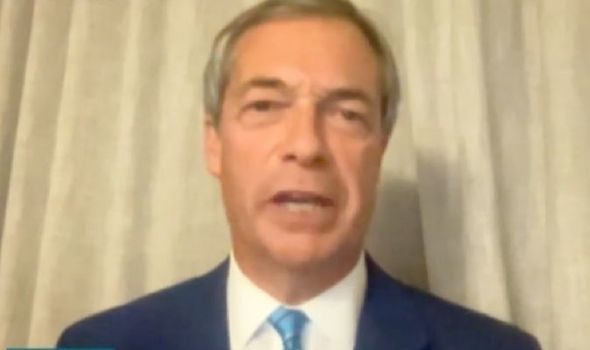 Stream of the Day: ‘Girl Walk//All Day’ Will Have You Dancing in the Streets

A huge eruption on the sun could interfere with power grids and GPS this week. The aurora may appear from Pennsylvania to Oregon.