Tim Lovejoy and Simon Rimmer spoke to Matthew Morrison about The Greatest Dancer, Tony Blackburn about his new podcast with Ricky Wilson and Kerry Howard about Dawn French’s new show The Trouble with Maggie Cole. However, when taste-testing non-alcoholic cocktails a toy duck was thrown at the presenters knocking a glass off the counter, but when Kerry Howard swore live on air Tim was forced to apologise.

Kerry Howard spoke to Tim and Simon today about a new drama that starts next week on ITV.

The Trouble with Maggie Cole centres around Maggie (played by Dawn French) who is the village gossip.

Based in a picturesque coastal town, Maggie will do a tell-all interview to a radio journalist about what the town is really like.

However, when she starts getting down to the nitty-gritty of the resident’s personal lives, she will set off an unstoppable ripple in the village of Thulbury. 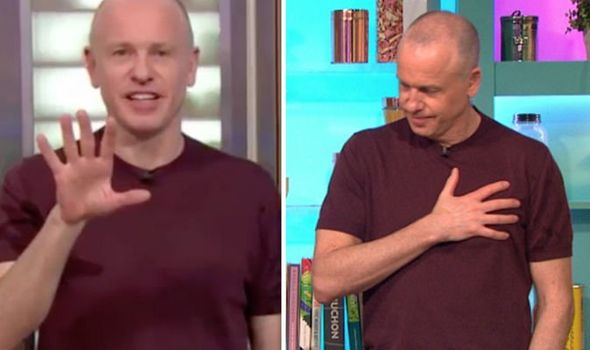 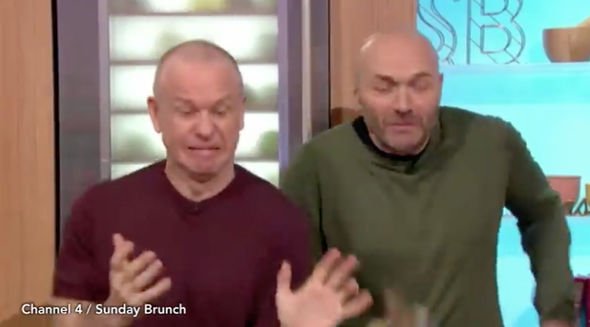 Kerry explained her role: “I am actually a cougar in the show, my boyfriend is 21-years-old and I am on the verge of 38-years-old.

However, it was later in the show that saw the studio thrown into chaos as a glass was smashed live on air.

The guests gathered as they tested a number of non-alcoholic cocktails, but when the segment was over things started going wrong. 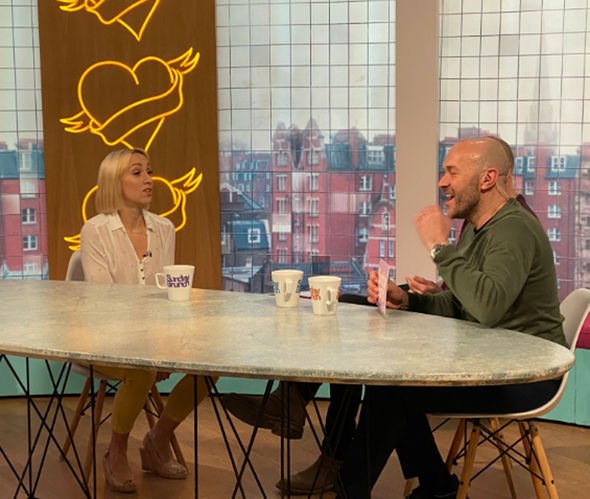 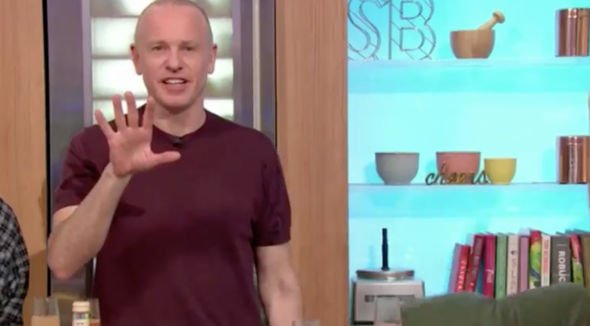 Tim began: “After the break, we are making pudding with Matthew Morrison.”

He was quickly interrupted by the sound of a duck’s quack and a toy duck was thrown at the presenters from behind the camera.

However, whoever threw the toy misjudged the throw knocking a champagne glass onto the floor landing in a loud smash.

But before the presenters could say anything, Kerry shouted: “Oh S***, I mean oh sugar.”

The actress quickly covered her mouth as she realised she had just sworn on live TV.

Tim ran offset to try and find a towel or something to mop the spill up but when he came back he was forced to apologise.

Simon looked at the floor and said: “So, it must mean that it’s time to try your luck .”

Tim looked horrified as he looked around at the mess and the camera panned to his face.

He said: “Can I just apologise for any foul language you heard there.”

Kerry chipped in: I am sorry. I am really sorry for that I just got scared.”

Throughout the show Kerry and the hosts spoke about her being single, Tim quizzed the actress: “I will move on from single life and dating. However, I would like to know what you’d be looking for in a man?”

Tim queried: “What? Just that one thing.”

Tony Blackburn appeared to hint at taking Kerry up on a date, as she exclaimed: “Tony! You’re married. In another lifetime you can break my heart.”

Sunday Brunch continues on Channel 4 next week at 9.30am.