This week a fourth contestant was sent to the Edge of Extinction Island on Survivor 40: Winners at War; however, it wasn’t Rob Mariano. Not one person has written down the Robfather’s name yet during any of the four tribal councils this season.

So, what are they waiting for? Isn’t he the previous winner with the most massive target on his back? Fans weigh in with several solid reasons why no one wants to write his name down. 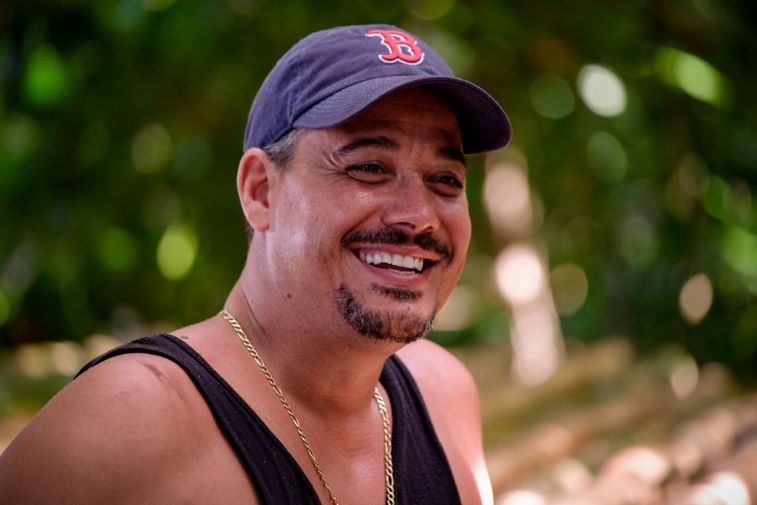 Rob is everyone’s pre-merge shield in ‘Survivor 40: Winners at War’

Since every contestant on the show has won at least one time before, they each have a target on their back for different reasons. However, it’s fair to say that Rob’s target is the largest.

“Rob is everybody’s shield post-merge,” one fan wrote on Reddit. “That just shows the level of play by the rest of these people because lesser castaways would have voted him off day one.”

This viewer explained that the other contestants know he’s a target, but that takes the focus away from them.

“A lot of these players won by not playing loud games, so they’re happy to have Rob take the spotlight away from them,” added another fan. “It was a smart move, but I love Ethan, so I’m still sad.”

Voting out Ethan Zohn hurt the Robfather because it took another person from his alliance out of the game. However, the contestants want to keep Rob around to keep the attention on focus on him.

“The guy isn’t going anywhere, and he’s not good enough physically to win immunity more than a couple of times at best,” another Redditor explained.

Once the two tribes merge, the contestants battle for individual immunity instead of tribal immunity. Rob is not a physical threat after the merge because he does not typically win very many individual challenges. So, the other players will have an easier time voting him off after the merge.

This is war! ? #Survivor

Tyson Apostol, Tony Vlachos, and Jeremy Collins might be more significant threats after the merge, so it is more surprising that they have not been voted out yet. The stronger men are likely to win physical immunity challenges, making it more difficult to vote them out later on in the game.

The newer players are blinded by Rob’s ‘Godfather vibe’

From day one, fans noticed how new-school players tend to give in to Rob’s probing. This situation happened first with Ben Driebergen. When Ben approached Rob for some strategy talk, the guy threw Danni under the bus. She had been suggesting Rob as one of the options to vote out — consequently, she ended up voted out.

“I think Adam is on some level succumbing to the power of the Godfather vibe from Rob,” surmised one viewer. “He so badly wants to be in with and respected by Rob, that he blew up his own game for it.”

Next, poor Adam was blinded by the glory of Rob. He thought he could run with the big dogs, but almost ended up on the Edge of Extinction.

Read more: ‘Survivor 40: Winners at War’: Who Was Voted Off in Episode 3? — The Blindsides Begin at the 4th Tribal Council

Britney Spears says she is being bullied over Instagram posts

'Sex and the City': Mr. Big Could Have Dated Samantha Jones