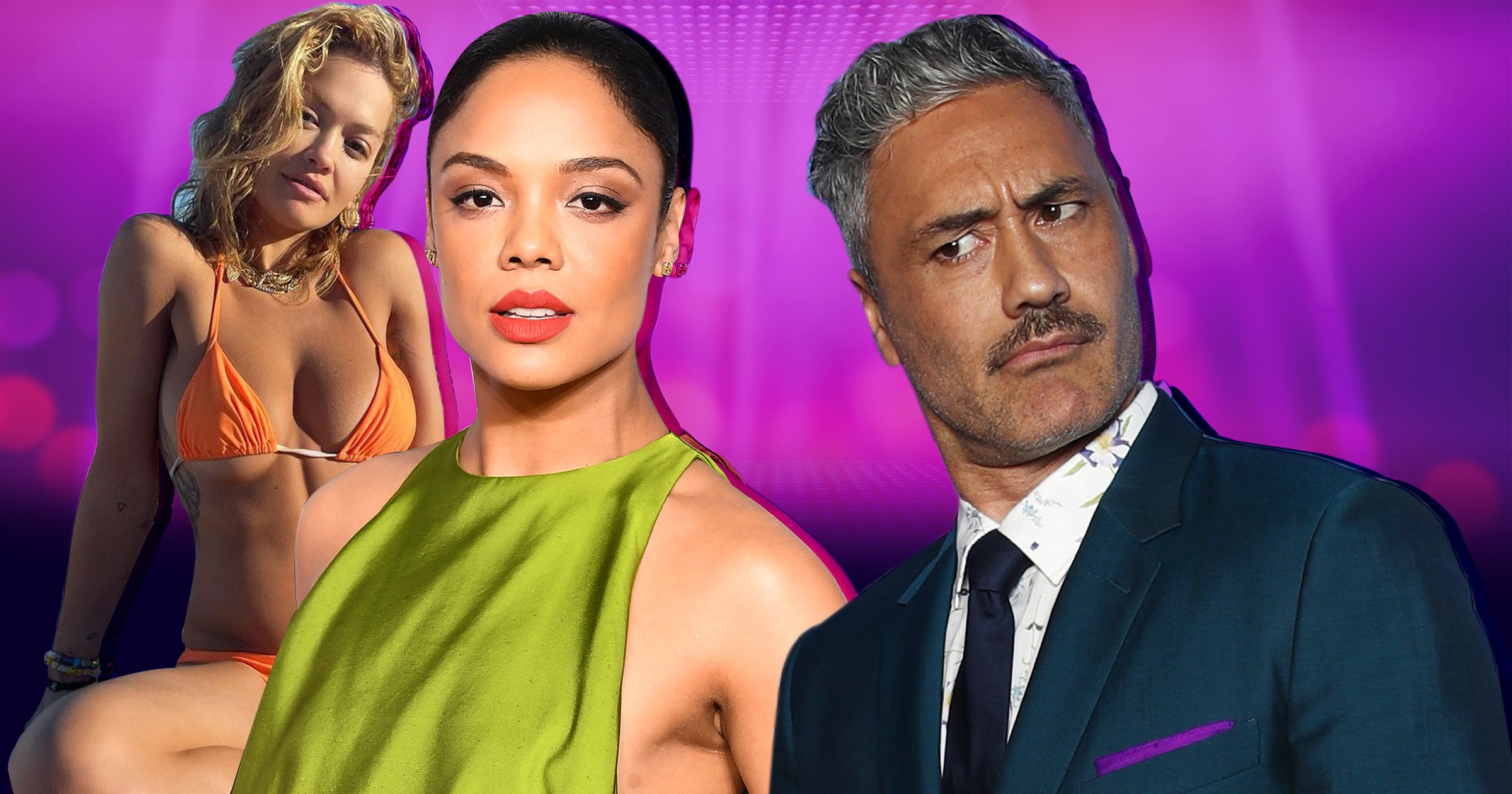 Marvel officials have scolded Taika Waititi over photographs of him getting cosy with girlfriend Rita Ora and Thor actress Tessa Thompson, according to reports.

In pictures obtained by Mail Online, Taika and Rita can be seen appearing to lean in for a peck while sharing a cosy drink with Dear White People star Tessa, who is appearing in Taika’s next Thor movie Love and Thunder as Valkyrie.

At one point the director, 45, throws his arms around the Anywhere singer, 30, as well as Tessa, 37, with all three of them sporting big smiles as they clearly enjoy their time together.

The Daily Telegraph reported that Marvel executives are unimpressed by the photos, which went viral

According to a source close to Thor: Love and Thunder, the behaviour seen in the photo is ‘not exactly the image they’re looking to project in relation to one of their biggest franchises’.

They added that even though Taika is known for being a ‘party animal’, Marvel bosses think the photos ‘crossed a line’.

This comes amid reports that Rita has moved in with Taika, taking their relationship to the next level.

The duo made their first public appearance together earlier this month at the Sydney Opera House premiere of RuPaul’s Drag Race Down Under.

While they avoided being photographed on the red carpet, there are still photos of the two of them together, and once inside they sat side by side in the front row.

This was the latest in a string of get-togethers for the couple, who have apparently been ‘dating for over a month’.

Taika and Tessa are currently filming the highly anticipated sequel Thor: Love and Thunder in Australia.

Spoilers: Brody helps Felix get justice in Hollyoaks as past trauma is revealed?