Since Clare Crawley was introduced as the new Bachelorette for season 16 of the series, fans cannot stop talking about her potential cast of men. Since Crawley is turning 39, Bachelor Nation is convinced that the guys will be older and more mature than Peter Weber’s season of babies. Let’s take a look at who might be cast for Crawley’s season of The Bachelorette. 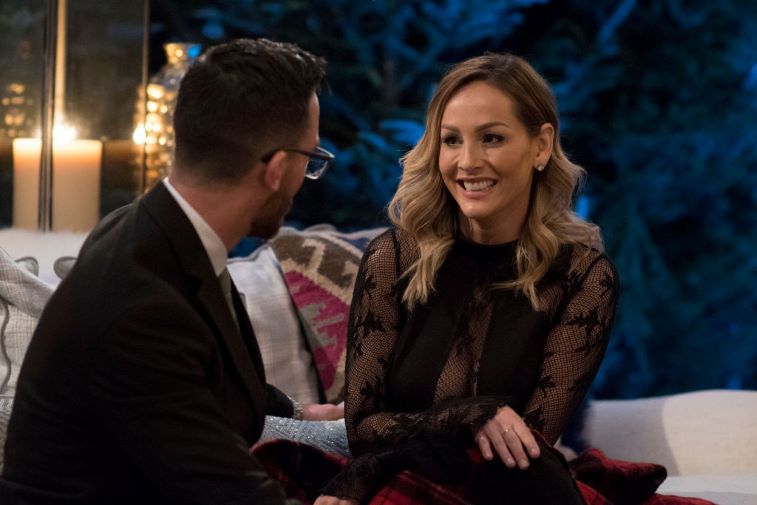 Crawley made her first appearance as a contestant on The Bachelor Season 18 with Juan Pablo Galavis. The hairstylist from Sacramento, CA, made it to the final two but did not receive the final rose. When Galavis rejected her, Crawley called him out on national television for the obscenity he told her during their date.

She went on to appear in the first and second seasons of Bachelor in Paradise (BIP). During season 1 of BIP, Crawley quit in week 5 — after Ashlee Frazier said disrespectful things about her to Zack Kalter.

During BIP season 2, Crawley pissed off the other contestants when she made a speech about how the men and women in the previous season were more genuine. She ended up going home in week four without a man.

Her last chance at finding love came during The Bachelor Winter Games 2018. Benoit Beauséjour-Savard proposed to her on stage during the reunion special on Feb. 22, 2018. Crawley accepted the proposal, but the relationship did not last. The pair split on Apr. 6, 2018. She’s back looking for love one last time.

Why are fans so excited over Clare Crawley’s season of men on ‘The Bachelorette?‘

“As of right now, of the guys that I have, 4 of them have kids,” tweeted Reality Steve. “And they are definitely going to be doing some late casting of more older guys this week after Monday’s announcement. They’ve already told a couple of the 25-year-olds they’re no longer cast bc of the age difference.”

According to the spoiler legend, Reality Steve, the men on Crawley’s season, are going to be older, and some might have children. The cast will be quite a change from the young 20-somethings on Weber’s season, and fans are ready for it.

“I have never been so excited for a season,” one fan wrote on Reddit. “Men with kids, careers, and possible salt and pepper hair!”

The comments continue to roll in after the Good Morning American announcement Monday, Mar. 2, 2020, that the older Bachelor alum would be the new Bachelorette.

“I loveeeee silver foxes, and I’m excited about the idea of single dads because Jason was one of my favorites because of his relationship with Ty,” added another Redditor.

While many fans commented about the “silver foxes” they hope to see; other fans are excited to see mature men that Crawley might fall for.

“Not only did they pick an older contestant, but it sounds like they’re actually trying to find her viable men rather than setting her up for failure with super young contestants,” added another fan.

There are also several predictions that the producers are going to highlight an animal on season 16 for Crawley to have chats with. In the first season of BIP, Crawley was so upset with Ashley that she privately complained and yelled about it. The scene looks like she is having a conversation with a raccoon.

“They’re going to cast one animal: a crab, raccoon, or something like that,” wrote one Redditor.

Fans believe that the producers will show Crawley talking to an animal at some point on the show. They are also sure that she will get at least one guy get out of the limo in a raccoon costume.

More information to come about the men on Crawley’s season. We know we will meet at least five of them during the finale of Weber’s season Tuesday, Mar. 10, 2020.

Read: ‘The Bachelor’: Why Fans Are Ready for Peter Weber’s Season to End Already

How to sleep: The ‘golden’ drink proven to help you get a good night’s sleep