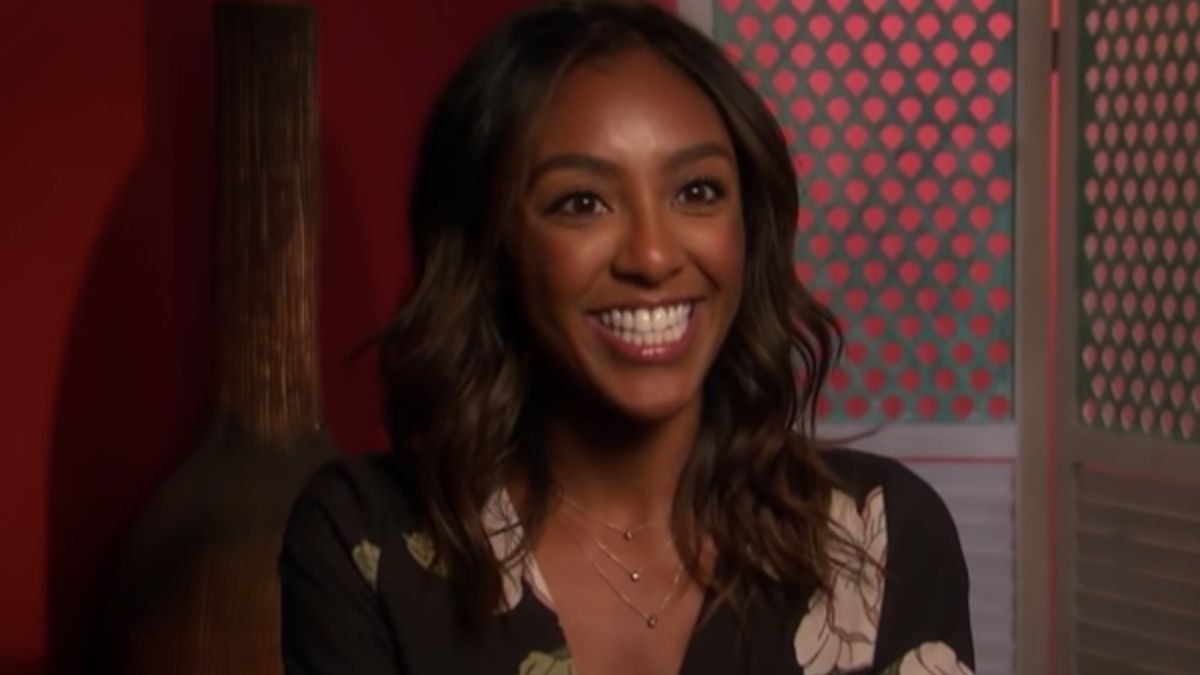 The Bachelorette began filming again this summer after production was delayed for months.

Production was shut down in March due to COVID-19. At the time, production expected that they would be shut down for a few weeks, but three months later, they realized they had to develop ways to work around the pandemic.

Clare Crawley was all set to be the next Bachelorette, but when she quit after just 12 days of filming, producers brought in Tayshia Adams to take over.

Now, Tayshia’s season is expected to wrap up on Tuesday, September 1, and she could be engaged by next week.

The Bachelorette will soon wrap up with the final proposal

Usually, the season is spoiled as they are filming because the contestants are travelling and going out in public for dates.

But this season, filming has taken place at a closed resort to protect contestants and crew from COVID-19, so fans know much less than usual about how it all plays out.

Now, new photos have surfaced showing what appears to be a table that holds the roses for a rose ceremony. You can see them here on @bachdetective’s Instagram account.

“These pictures on the first slide were taken today, which appears to be prepped for a rose ceremony (probably f3). The second slide has pictures from last night, which seems to be the nighttime portion of a date. According to Reality Steve, filming ends Tuesday,” the caption read, crediting Kimmie Sue for the photos.

Reality Steve revealed earlier this week that he had been told that The Bachelorette would wrap up on Tuesday, September 1. That means Tayshia would have her final two guys and a possible proposal by early next week.

In other words, Tayshia has gone through her own Bachelorette journey in a matter of weeks. She was spotted on the set of the Bachelorette this week with her phone in her hand. Usually, phones are off-limits.

This Bachelorette season has gone through quite the shake-up

The season that will air on ABC this upcoming fall is nothing like producers are used to. No Bachelorette lead has ever quit the show.

Clare was originally accused of locking herself in her room and refusing to film. However, sources have come to her defence, saying that she politely stated that she didn’t want to lead the men on as she had already found love with Dale Moss.

Production stopped and Clare and Dale supposedly got engaged.

Tayshia was brought in to replace Clare. We still don’t know how everything will play out, but it will be interesting to see when the show returns on October 13 at 8/7c on ABC. Until then, fans can continue to take a walk down memory lane with Nick Viall and Juan Pablo Galavis on The Bachelor: The Greatest Seasons — Ever.

The Bachelor: The Greatest Seasons — Ever airs Mondays at 8/7c on ABC.

Regina King Reacts to Rumors She Will Be Directing 'Superman' Reboot

Some parents think it’ll take kids 6 weeks to settle in school again & worry they’ll be ‘exhausted’, according to survey