The Blacklist Season 8 finale “Konets” promised to take fans on an emotional ride and, according to many, it delivered — sort-of. The NBC crime drama — starring James Spader as criminal-turned-FBI informant Raymond “Red” Reddington — ended the season on a cliff-hanger. That said, viewers have a few issues with the way things played out.

[Spoilers for The Blacklist Season 8 finale episode “Konets” below]

‘The Blacklist’ created a lot more questions for season 9 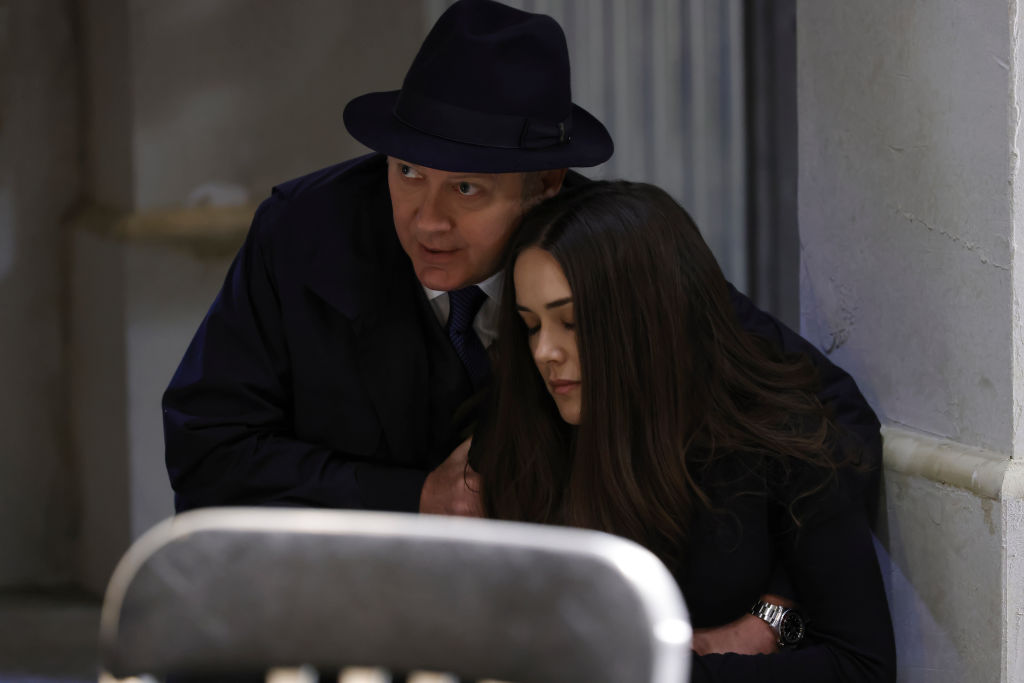 At the start of episode 20 “Godwin Page,” Elizabeth Keen (Megan Boone) was still dedicated to her wrath with a plan to have Reddington killed by Townsend. Her anger and resentment for [what she believes is true] Red killing Liz’s mother Katarina Rostova get the best of her, leading to the tracking of Red’s location by Townsend.

Even as Red “rescued” Liz from the task force headquarters and flew her to Latvia to the physical blacklist site, Townsend and his men tracked Red’s location to carry out the orders. By the time the episode ended, fans were teased with the suggestion of real answers in the final two episodes of the season.

However, the second-to-last episode of season 8 — “Nachalos” — brought the beginning of eight years’ worth of answers. In a stand-alone black and white episode, viewers travel back in time to understand more about the fire, the Fulcrum, and the truth about Reddington: he is an imposter, for sure. The Katarina Rostova Liz was willing to kill Reddington for was an imposter as well. Townsend attacks, wounding Liz and at some point, Red kills him, leaving Red and Liz to quickly mend their rift.

The transition from ‘Nachalo’ to ‘Konets’ was abrupt

Moving from that point to “Konets” came suddenly, leaving fans with a bad taste in their mouths.

“Yup, this is such a jarring transition,” one fan wrote on Reddit.

“Last week we ended with Liz seemingly on her deathbed and red worried she was going to die in that bunker. Turns out she was completely fine,” another said.

“Harold is talking about how he will take care of Liz and make sure shes ok when a few episodes ago he was ready to arrest her and put her on trial,” another added.

“I know we did not just go from the cluster that was last week to now this. If I didn’t know better, I’d swear they didn’t know Megan was leaving until the finale,” a fan said.

And finally, this passionate viewer echoed much of the same. “We literally went from Liz being ready to let Red be killed to her being happy with him in a park montage??? Even though he didn’t really tell her anything? Make it make sense.”

In season 3, Liz faked her own death. Although, fans didn’t realize it was a fakeout until Liz reappeared a few episodes later. The reason Boone disappeared was to give birth in real life, leaving writers a storyline to work around.

Because of that, a lot of fans don’t believe everything The Blacklist presents such as the alleged killing of Liz in “Konets.” Still, some wonder why Red didn’t stay with Liz as he did when she died in season 3.

“This sure doesn’t feel like a Megan Boone exit,” one fan wrote.

Others have a theory as to how her death sets up season 9.

“Is Liz going to be killed by one of these people hunting her and Red will spend the last season going on a revenge tour with nothing to lose as he lives out his last days?” another asked.

Where is Panabaker’s burn notice for Liz?

For the bulk of season 8, Liz was on the run from her very own task force. However, a lot of details were lost over the final three episodes, as some pointed out.

“Where is Panabaker’s burn notice? Why isn’t the CIA swooping in to murder Liz or disappear her to a black site? Maybe they are as unable to locate her as they are to locate Reddington, but doesn’t Panabaker care that Cooper is being all buddy-buddy with her?” one fan wrote.

“How did Reddington get to Agnes? Wasn’t Reddington Liz’s biggest threat just the other day?” another asked.

“Walking in a public park like they aren’t wanted criminals. Did the TF forget they are supposed to be scrubbed??” others noted.

“And why would Cooper think Pannabaker would give Liz immunity? Red already gave Cooper a folder full of Blacklisters so why do they need Liz’s help? There are no other actual FBI agents? And hello- she’s got a burn notice on her! Did they forget that too along with the TF being shut down? Did they think the audience forgot? There is no integrity with the writers now,” this viewer wrote.

While the season 8 finale had a lot of redeeming qualities — such as Spader’s haunting performance — the biggest gripes seem to stem around Liz’s entire storyline and character arc. Things muddied around the time [the fake] Katarina Rostova entered the picture. But, season 8 proved how confused Liz became and fans didn’t hesitate to call it out.

“Why do the writers insist on making Liz not make sense???? Liz made a deal with Townsend to kill Red (she’s been trying to do all season which would guarantee no tRuTh). Then leads Townsend to Red, destroying his life’s work and now she’s “flying” now that Townsend is dead??? As if that’s always what she wanted? Am missing something?” one wrote.

The lack of continuity might have something to do with Boone’s and Bokenkamps’ exit, though it’s been reported that writers have known since earlier this year — before the series renewed for another season.

With all of this, the most common complaint across multiple Reddit threads, tweets, and Instagram comments revolve around the premise of the show. From season 1, fans bought into the idea of Reddington coming into Liz’s life for a specific reason. Now that a few details have been revealed (and others strongly suggested), it makes little sense to go into another season considering Liz is dead. Without her, Red has nothing to protect. We can’t help but wonder, what is the series endgame?

This fan summed up what many were thinking: “What I feel is… similar to anger, but not anger? It’s not just frustration either. I’m…disappointed? I’m disappointed in the show for doing this and I’m disappointed in myself for allowing this show back in. I thought it changed. It didn’t. Well with Megan not coming back…. she dies without answers probably. And so will we, eventually.”

We don’t know what season 9 will bring or how writers can recover from losing one-half of the premise. We’ll keep you updated.

Netflix Partners With Brooklyn Museum For ‘The Queen and The Crown: A Virtual Costume Exhibition’

When is the Doctor Who Christmas special Revolution of the Daleks on BBC One?

Stunned NYPD cops looking for suspect find him hiding behind them