The Good Doctor fans were devastated when season three ended with Dr Neil Melendez’s (played by Nicholas Gonzalez) death. However, some viewers are hopeful he might return again in season four after the creator David Shore dropped a huge hint on Twitter.

Will Neil Melendez return in flashbacks?

ABC has already confirmed The Good Doctor will be returning with a fourth season on the network.

However, not much else has been confirmed yet about what will happen next on the medical drama.

Some viewers expect it will pick up after the heartbreaking finale of series three.

As fans will remember, Melendez suffered some catastrophic internal injuries from falling rubble during the San Jose earthquake. 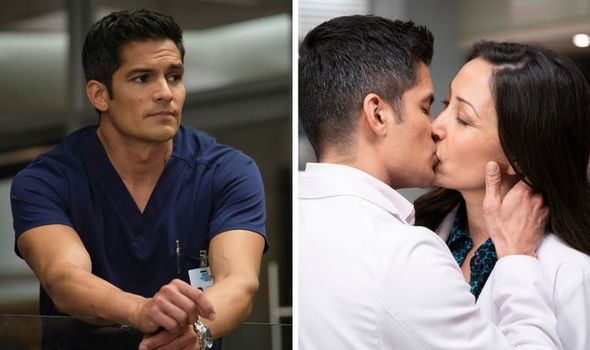 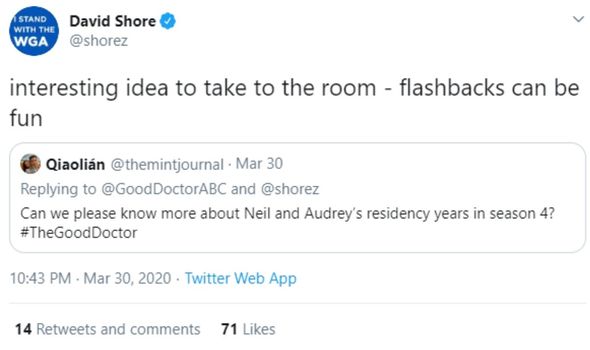 Many were left devastated when he went quickly downhill in the finale before succumbing to his injuries.

This also meant he had some brutal goodbyes with his fellow characters, Dr Claire Browne (Antonia Thomas) and Dr Audrey Lim (Christina Chang).

However, now the creator has dropped a hint this might not be the last viewers could see of the beloved role.

This was revealed during a question and answer session on Twitter with fans of the drama. 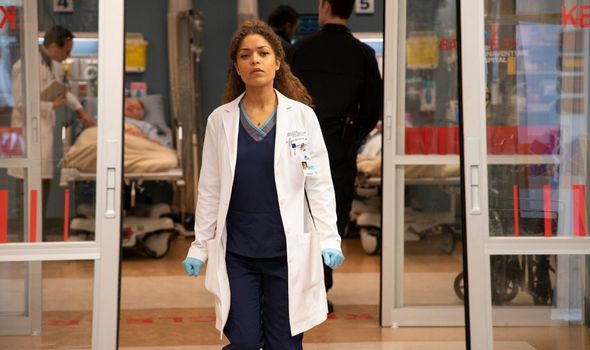 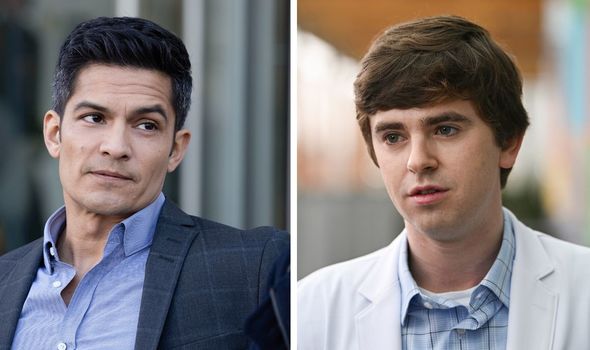 One viewer asked Shore: “Can we please know more about Neil and Audrey’s residency years in season 4? #TheGoodDoctor”

And in response he said: “Interesting idea to take to the room – flashbacks can be fun.”

While this is not a confirmation this will actually happen in season four, it seems promising viewers might see the much-loved character again.

As well as this, there is also a theory Melendez could actually be alive after all in the show.

Back in April, Reddit fan MakeLimeade speculated on a potential cure which could see him return in season four.

They theorised: “Basically Vitamin C will treat sepsis and save him. Bonus – the showrunners will help make a new treatment protocol become mainstream and save lives.”

Some fans agreed with user _GinaBean adding: “A lot of doctors have also stated that Melendez diagnosis is treatable.”

“That’s what I’ve been saying! They didn’t actually show him die,” wrote WriteSongsPwnNoobz.

“Clearly Shaun [Murphy] (Freddie Highmore) is going to save the day when he gets back to the hospital.”

There has also been a Twitter campaign among fans called #bringbackmeledez which hopes to see him return.

However, this does all seem unlikely given the interviews actor Gonzalez gave following his character’s death in the series.

During these, he seemingly confirmed his exit from the medical drama and how he was moving on to new opportunities.

Therefore, viewers will just have to wait until season four is released to see if the actor might return in some form to the show.

The Good Doctor season 4 is expected to air later in 2020.

We Finally Know Whether or Not Katie Thurston's Engaged

Prince Harry Writes Emotional Forward to Book About Kids Coping with Loss: 'I Know How You Feel'

Will Grey's Anatomy Get a Real Season 16 Finale? Here's the Latest News