THE SHOW | HBO’s Mare of Easttown

THE PERFORMANCE | Six episodes into Mare of Easttown, it’d be fair to wonder why someone of Nicholson’s talent and stature would take on the role of Lori Ross, best friend to Kate Winslet’s titular detective. It’s less a quality issue than a quantity one; aside from serving as a confidante to Mare, Lori just didn’t have a ton to do.

Well, after watching Sunday’s Lori-centric seventh and final episode, suffice it to say we will think twice before ever questioning Nicholson’s career decisions again.

In the aftermath of [MAJOR SPOILER ALERT] the revelation that her onscreen son Ryan was the who in the whodunit, Nicholson’s depiction of a mother in crisis was so authentically raw and heartbreaking it took our breath away on multiple occasions.

One tour-de-force, however, stands above and beyond the rest. We’re referring to what, from here on out, we will affectionately refer to as “the car scene,” during which Lori unloaded on Mare for arresting Ryan without even the courtesy of a heads-up. When Mare took the passenger seat and attempted to physically console Lori, Nicholson threw her entire upper body into her alter ego’s subsequent rejection, recoiling with both disgust and fury at her BFF’s touch. After reminding Mare that Ryan’s father had already taken the fall for the murder, she wailed, “You have John. Why couldn’t you just leave it alone? It’s Ryan!”

It’s the choices Nicholson makes next that elevate this scene from memorable to flat-out iconic. As Lori shouts her son’s name to Mare three more times in quick succession, Nicholson subtly suffuses each outburst with a greater intensity and devastation. It’s as if the reality of the whole tragic situation — and Mare’s role in it — came into a new and agonizing focus for her with each passing syllable.

That, in turn, brings Lori’s fury back to the surface. But in Nicholson’s deft hands, her demeanor shifts rapidly from cold and eerily apathetic (“Get away from me. I don’t want to see you again”) to belligerent and borderline incoherent (“Get away from… Get the f–k… Get the f–k out of my car.”) In short, Lori was a mess. Nicholson, on the other hand, was downright masterful. 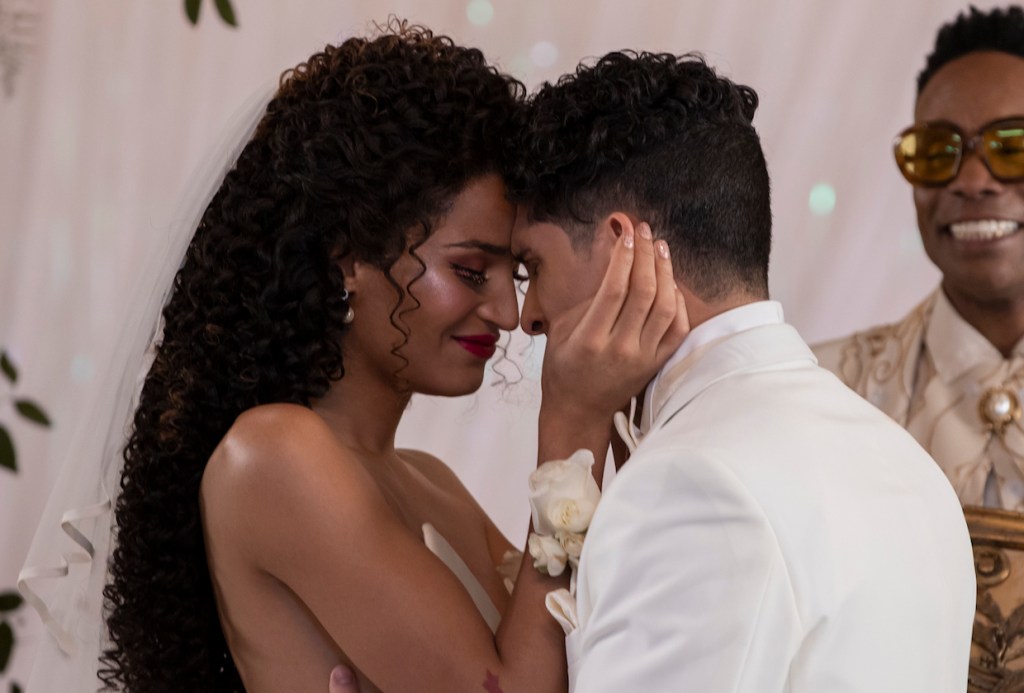 HONORABLE MENTION | We love a good TV wedding, and this week’s Pose delivered a great one with Angel and Papi’s lavishly over-the-top nuptials. But what made it great was the thoughtfully crafted work by Indya Moore and Angel Bismark Curiel, who brought all the pitfalls and peaks of finding love to vibrant life. Moore broke our hearts as Angel confronted her father about not walking her down the aisle, and Curiel lifted us back up with Papi’s stirring speech to his new son about what it means to be a real man. Then at the ceremony, the lovebirds’ genuine affection for each other shone through in their poignant vows (Papi even sang!) as Moore and Curiel gave one of our favorite TV couples a well-deserved happy ending. 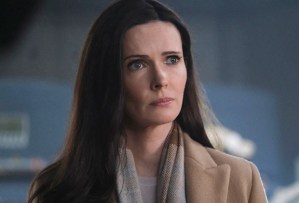 HONORABLE MENTION | Superman & Lois has always set out to highlight the humanity behind the titular couple’s decidedly superhuman existence, but it doubled down on that commitment this week with a powerful exploration of the grief that Lois has been suppressing for more than a decade — ever since her miscarriage. No viewers’ tear ducts were safe from Elizabeth Tulloch‘s unflinching and all-too-relatable portrayal of a working wife and mother who constantly feels like she’s never enough, proving that there’s far more emotional depth to this iconic character than most incarnations have given her credit for. Whether owning up to her feelings in therapy or expressing her truth to Jonathan, Tulloch’s delivery was as painful as it was illuminating. 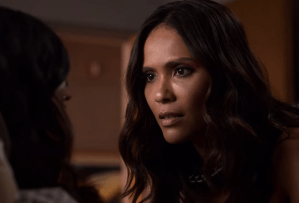 HONORABLE MENTION | In Lucifer Season 5B, an unexpected reunion set the stage for a romantic overture… and heartbreaking work by Lesley-Ann Brandt. After Eve was near-fatally shot during a bounty hunting team-up — and on the heels of her professing her feelings — Maze whipped out her mother Lilith’s ring, essentially proposing, “Will you, Eve, never die for me?” (Or as she actually put it, “I don’t do fear, so this should take care of that…. I guess I have grown a soul.”) Eve, though, said no to immortality, and Brandt’s intensity made clear Maze’s surprise, sadness, and refusal to risk heartbreak. “You have to [take it]. Or I can’t do this,” she pled, Brandt exhibiting the demon’s rare vulnerability. “Don’t you understand? I love you.” Eve, though, held firm, so Maze turned heel and left, denying herself happiness (at least for the moment).

Which performance(s) knocked your socks off this week? Tell us in Comments!

'One Life to Live': Mark Lawson On the Show's 3-Person 'Sex Scene'

SM:TV Live 'revived for one-off special' with Ant and Dec reuniting with Cat

Star Wars Father's Day Gifts That Are Out of This World