Jerry (played by Cooper Andrews) found himself surrounded by Walkers in The Walking Dead midseason premiere thanks to Carol (Melissa McBride). Carol had landed Jerry and a number of other group members in a cave filled with Alpha’s (Samantha Morton) hoard as her downwards spiral continues and going into episode nine on AMC, fans weren’t too sure which, if any, of the group would emerge from the trap alive.

TWD viewers were particularly fearful for Jerry ahead of the season 10B premiere after catching a glimpse of him in the promo for the latter half of the series.

Jerry was shown screaming in the promo as he tried to work his way out of the cave.

The scene used in the trailer was then shown in episode nine as Jerry struggled to crawl out of the trap.

The Walking Dead fan-favourite narrowly avoided being bitten by two accompanying Walkers and ended up seeing daylight once again by the end of the episode – but not everyone’s pleased with his escape. 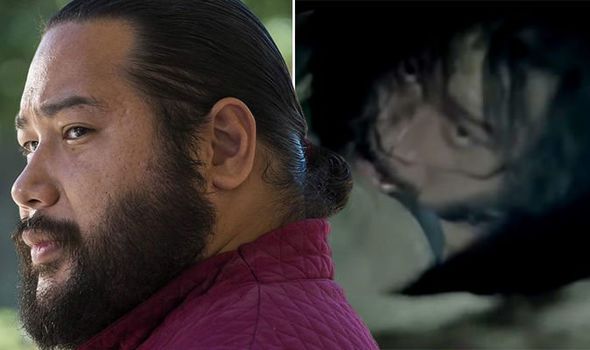 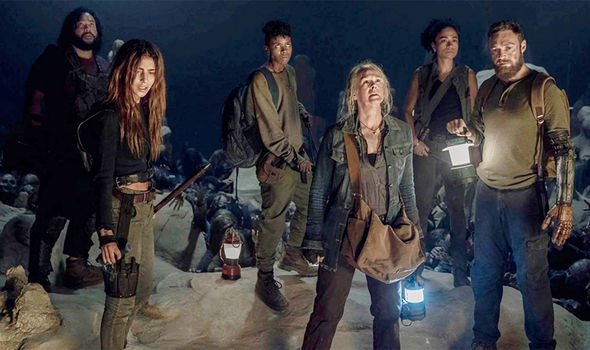 Taking to Reddit, some fans have claimed the promo deliberately mislead them into believing Jerry would die in Alpha’s cave.

Not only that, but one has pointed out that the blood-curdling scream Jerry let out in the promo wasn’t even the same scream from the actual episode.

While it’s a brief change, a handful of The Walking Dead fans aren’t too happy, saying it’s “bugged” them that show bosses “faked his scream.”

Reddit user June pointed the change out under the thread: “s10e09 MINOR SPOILERS. Jerry never screams like in the trailer, if you compare both trailer and the actual scene, they faked his scream in the trailer.” 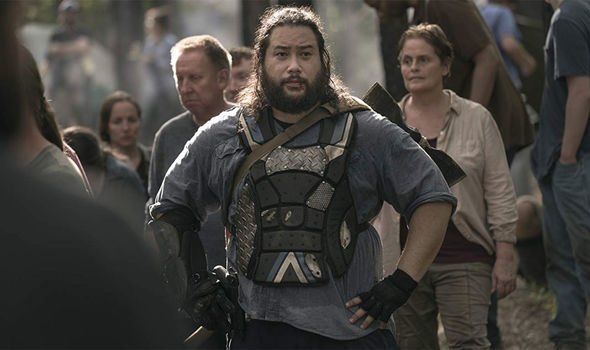 The TWD fan wasn’t alone in their disappointment at this method of making slight changes from the promo to the episode.

One fan replied: “Shows are notorious for this. It has never not bugged me when I catch it.”

A second disgruntled viewer added: “Yeah always they make things look and sound misleading to the viewers on purpose. From the trailer I thought for sure Jerry was going to die in the cave but they tricked me lol.”

Another Walking Dead fan admitted: “They really wanted us to think he was gonna die just to surprise everyone in the end. I was 110% sure he wouldn’t get out of that tunnel while watching.”

Jerry may have emerged alive in the end, despite the red herring from the trailer, but the same can’t be said for Connie (Lauren Ridloff) and Magna (Nadia Hilker).

However, fans shouldn’t fear too much as showrunner Angela Kang has dropped a major hint that they survive.

Speaking to Insider about the midseason premiere, Angela suggested the only reason Connie was trapped was to accommodate the actor’s filming schedule.

When asked if it was “convenience” to have Connie absent and trapped or a few episodes, Angela said: “That is a very apt observation [laughter].”

She continued: “Yeah, there is some aspect of that that is true. But I think for the story, it’s actually worked out really beautifully.

“So I think there’s some really interesting stuff that came out of it for both Carol and Daryl, and she’s a character that I think is leading with emotion for both of them.

“So sometimes those things that you have to do, to help out a beloved actor also work out in your favour.”

Could this mean the only reason Connie remains trapped in the cave is so Lauren can film elsewhere?

The Walking Dead season 10 continues on AMC on Sunday and Fox UK on Monday.

Pixar’s ‘Soul’ Originally Had A Much Darker Ending