JOHN GRANT is struggling to find a way to express the dread he felt as a pre-teen.

“What’s the word I’m looking for?” he mutters before turning to me and saying, “I can only think of it in German . . . drohend. There was a ‘drohend’ atmosphere.” 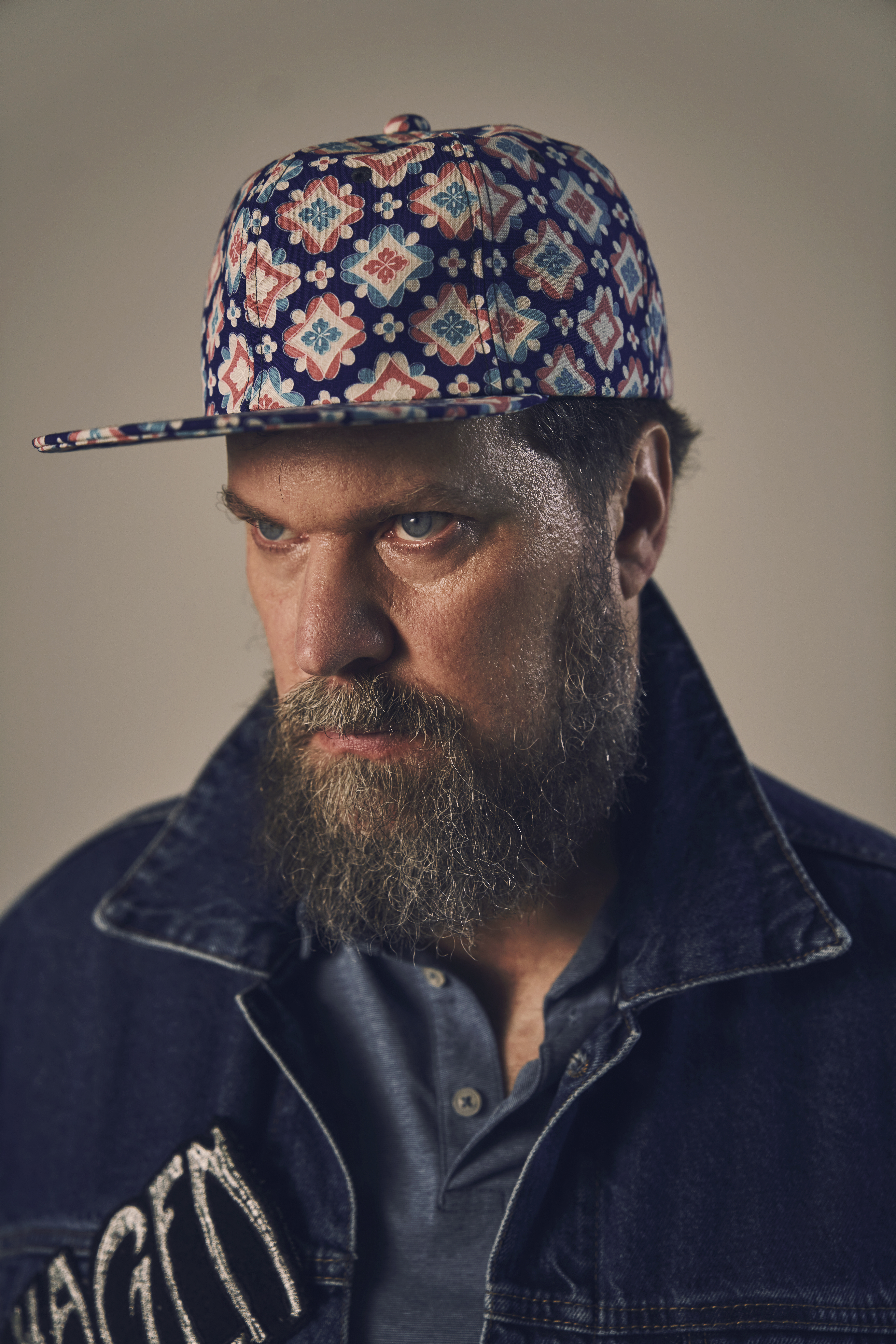 A glance at Google Translate reveals the meaning to be “menacing” or “threatening”.

Grant pronounces the word impeccably with the confidence of someone who knows the language inside out.

This is because his talents stretch beyond being a gifted singer and songwriter with a rich, velvety voice and a penchant for old-school synths.

He is also a master linguist, fluent in German and Russian, who has recently added daunting Icelandic to his list (more about that later).

The big, bearded American uses “drohend” when referring to a painful phase of his childhood when dawning realisation of being gay was at odds with his orthodox Methodist upbringing.

Until the age of 12, the sensitive, vulnerable Grant lived in Buchanan, a town of 5,000 in rural Michigan not far from the Great Lake that shares its name with the Mid-West state.

Fearful of the intolerant environment, he says his “burgeoning sexuality became a dark element constantly hovering in the back of my mind. I felt it was probably the worst thing that could be happening to me.”

Suddenly, he was consumed by confusing inner turmoil. “I’ve said this a million times but it was like trying to find your way around London with a map of Paris,” he sighs. 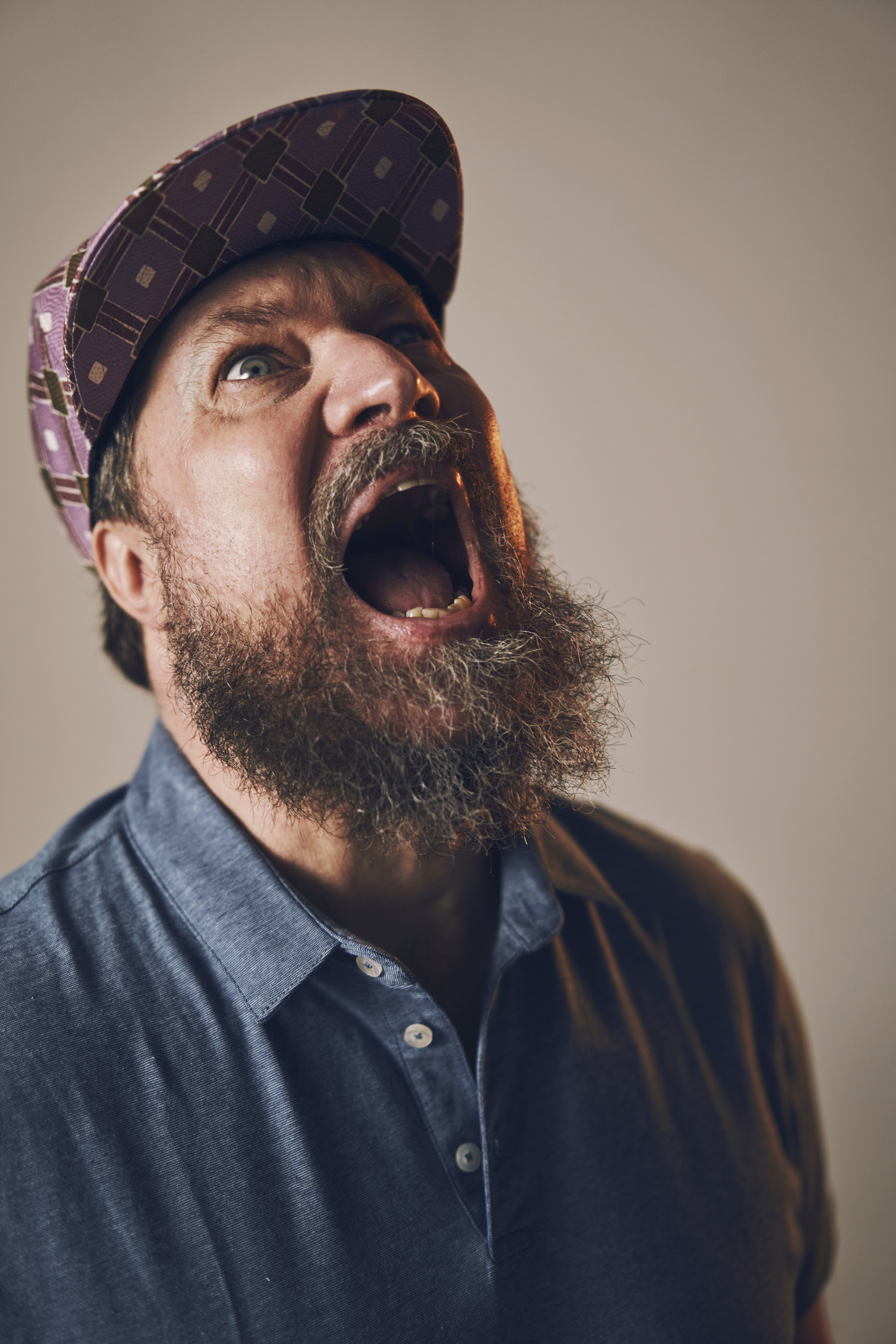 Grant revisits those days on an intriguing song called The Rusty Bull from his wildly ambitious and emphatically realised new album Boy From Michigan.

The 20ft metal bull is the stuff of nightmares, a metaphor for the menace.

“He guards the entrance to the junkyard where my daddy goes,” intones Grant. “His eyes fill my heart with dread/And he visits me while I lie in bed.”

The singer juxtaposes his anxieties with seemingly idyllic life in small-town America on County Fair, another song from the “Michigan trilogy” which also includes the opening title track.

“I can still see the church grounds,” he says with misty eyes. “I went to bake sales, ice cream socials and potluck dinners. There was a real sense of community.”

Some four decades later, I’m meeting Grant in the quiet confines of an oak-panelled upstairs library at a discreet members’ only club on Portobello Road.

There was a real sense of community.

It’s the wettest day of the year and outside the rainfall is assuming biblical proportions.

After a blizzard of Zoom and phone interviews during the pandemic, it’s great for me to finally meet someone face to face, despite getting a soaking on the way.

Grant is dressed down except for a pink floral baseball cap and is feeling overwhelmed by his return to London after more than a year in lockdown in his adopted home country of Iceland.

For those who need a quick catch-up, the 52-year-old first got noticed in the Nineties and Noughties as frontman of criminally underappreciated band The Czars.

Despite a hiatus after they split that found him waiting at tables in New York while also translating Russian medical documents, his solo career stretches back more than ten years and is still on a steady upward curve. 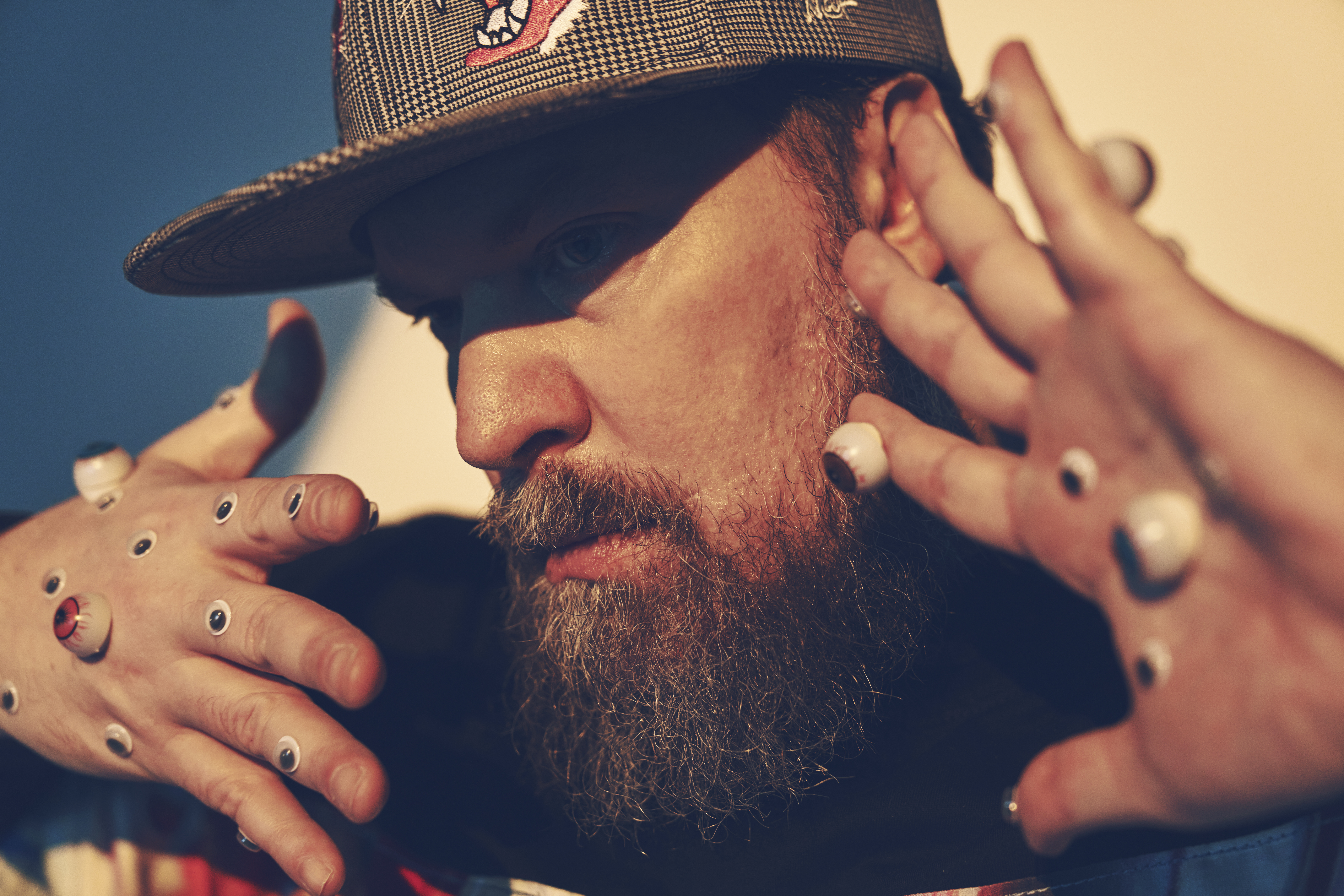 ‘The lyrics just poured out of me’

“I just played a ton of ideas and loops and sounds to Cate and we picked up all the good ones,” he says.

“I would fashion them into songs and, in the afternoons, I would write the lyrics. They just poured out of me. Cate would give her two cents, but she has a real gentle touch.”

The lyrics have a clear narrative arc, moving from Grant’s childhood in Michigan to his ­adolescence in Colorado. There’s a nod to his time in Heidelberg, Germany, where he studied ­languages, and caustic up-to-the-minute reflections on avarice and division in Trump’s America.

If his time growing up in Buchanan became troubled, then the prejudice over his sexuality got a whole lot worse when Grant moved to Denver aged 12.

He says: “I was told, ‘You’re going to hell and, by the way, that’s the good news. The bad news is you’re also going to be separated from your family for all eternity, because you’re genetically, spiritually and mentally inferior and vile’.” 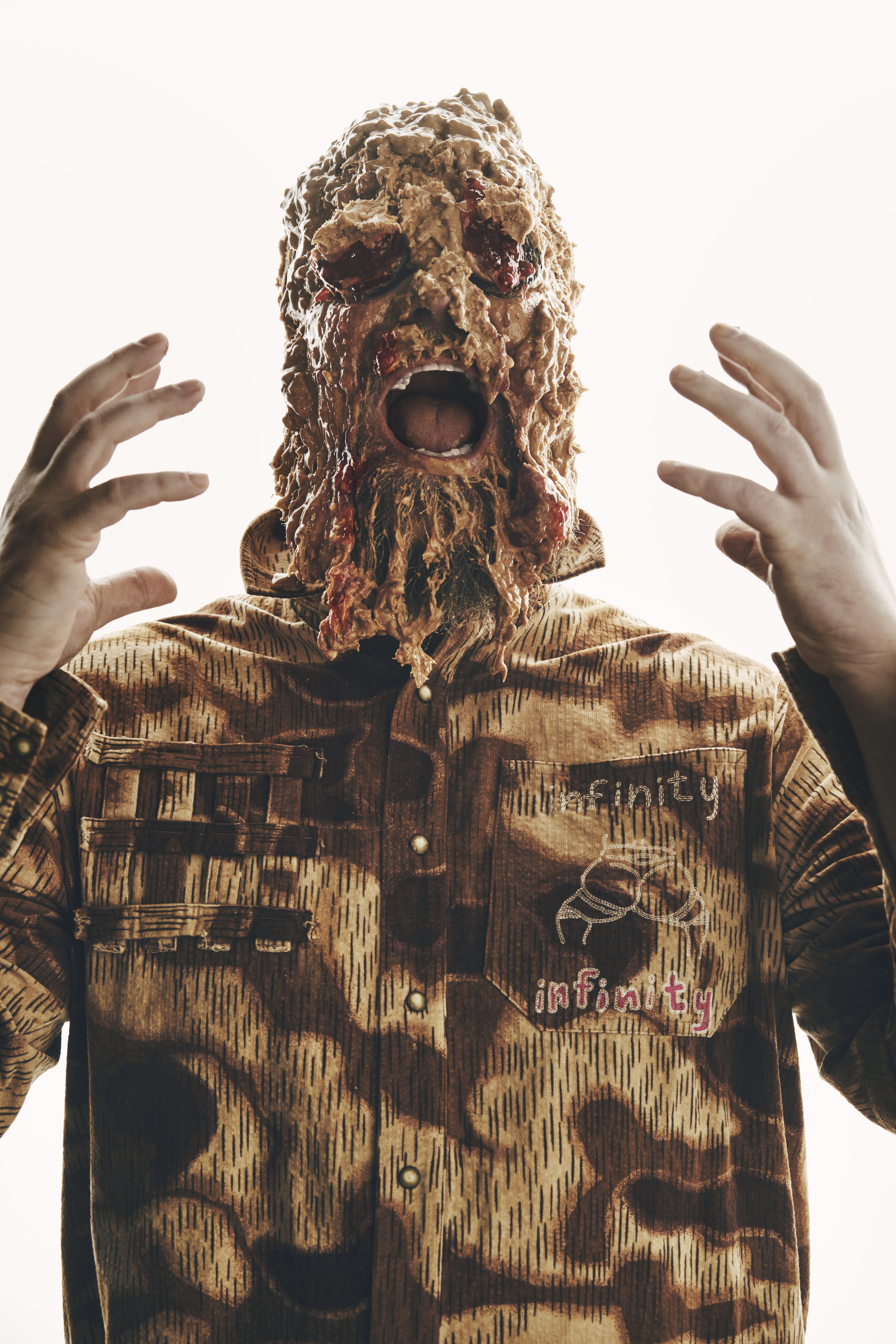 Grant remembers watching a documentary about notorious cult leader Jim Jones, who orchestrated mass murder and suicide at his commune in Guyana in 1978.

“It came out that he was having sex with male followers as well as female. My father noticed I was quite upset at that because I already knew as a young boy, ‘Well that’s me. I’m like that’.”

He deals with these feelings on the yearning Mike And Julie, a raw reflection on his first but unrequited love as a 15-year-old. “That’s probably my favourite song on the album right now,” says Grant. “It’s about what could have been a relationship between me and a guy I went to church with.

“I wanted to have sex but I couldn’t look him in the eyes and admit it. I was ashamed I couldn’t deal with that.” He regards Mike And Julie as “a painful track but a really beautiful way to deal with the subject matter”.

Grant’s reaction to difficult times in Denver was to escape, which meant moving to Heidelberg to immerse himself in the German studies. The least melodic song on Boy From Michigan, the intense Rhetorical Figure, is also one of the most enjoyable and bears a clear reference to that period.

It includes a passage in ­German which finds Grant declining verbs as in “Klingen-Klang-Geklungen” (Klingen means sound) but the track is also a deliberate homage to one of his favourite acts, Devo.

I just played a ton of ideas and loops and sounds to Cate and we picked up all the good ones.

Despite hailing from Ohio, that band’s quirky robotic songs had a strong German influence and their debut album Q: Are We Not Men? A: We Are Devo! was produced in Berlin by Brian Eno at the studio of krautrock guru Conny Plank.

Grant says: “Since the early Eighties, Devo has been at the top of the menu for me.”

The work of a consummate linguist, it’s fitting that the song is about ways with words.

“I’m talking about how sexy it is when somebody wields their own language in a way that’s unique to them,” he explains, before adding: “I should probably become a ­language teacher!”

As for Icelandic, which he’s been learning since moving to Reykjavik around the time of Pale Green Ghosts, Grant adds: “I wouldn’t say I’m fully fluent, because to me that means that you can formulate freely on any subject.

“It’s really the hardest I’ve ever done and I feel that my age has a lot to do with it.” For the young Grant, it was a different story. “I was able to learn German and Russian with hardly any accent which was supposedly a miracle back in the day,” he says.

“So I got a lot of attention for my language skills, which distracted from my insecurities and the fact I was horrified by German society because it seemed so aggressive and in-your-face compared with where I’d come from.”

I was 20 and had to be drunk to dare sing in front of people.

That said, Grant also expresses a “deep love for ­Germany. I have some extremely loyal friends there.” During this time, he tried a course of “ex-gay therapy, ie trying not to be gay. I felt it was what I had to do,” he says.

“My point in telling you is that running several thousand miles from home didn’t do anything to affect the anxiety I had constructed in my mind.” He describes the experience as a “real mind-f*** although I did meet some amazing ­people”.

It didn’t change him either but he soon found the need to escape again. But before leaving Germany and returning to the States to be with his cancer-stricken mother, Grant took his first tentative steps towards performing music live. 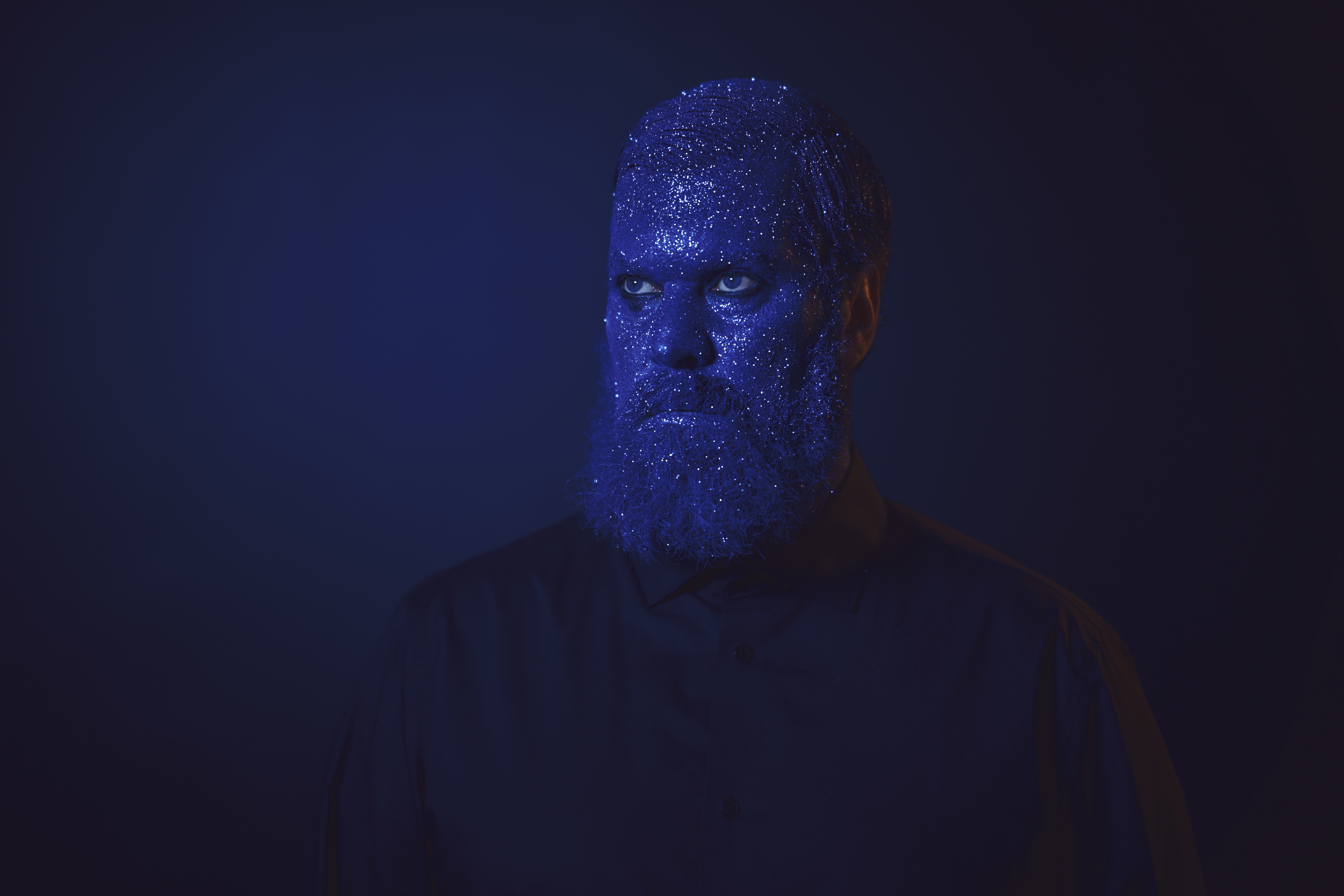 “I was 20 and had to be drunk to dare sing in front of people. I did find the courage at a party right before I left.” On Boy From Michigan, the latter tracks dwell on the state of Grant’s homeland from, of course, the perspective of someone who doesn’t live there any more. The shockingly lewd Your Portfolio is about blatant greed.

While pointing the ­finger at the US, the ultimate consumer society, he admits that he’s as much to blame as the next person. “I know what a pack rat I am,” he says. “I’m constantly buying synthesisers, books and vinyl. I love things! “I’m a better person when I’m not being drenched because I’m like a pig in s**t in that system.

“I grew up with the ­consumer mindset. I like to joke that I feel my sphincter relaxing when I walk into a shopping mall, because it’s my natural habitat. But then I think, ‘Eurgh!’ ”

Maybe because he’s never had that much, Grant’s relationship with money is interesting. “I feel super generous,” he says. “I always want to buy dinner and I truly enjoy handing people gifts.

“If I have to go back to waiting tables because I can’t play live any more, that has to be OK. I met some of the greatest people I know doing that.” This brings us to epic song The Only Baby, which builds to a towering crescendo, and is an overt demolition of the sandy-haired ex-President who he calls “that THING in the White House”.

Grant says: “It has a beautiful melody with a horrifying story over the top of it.” So does he think things can be turned around? “It doesn’t feel good to me,” he replies. “We’ve waited until it’s too late with a lot of stuff.” 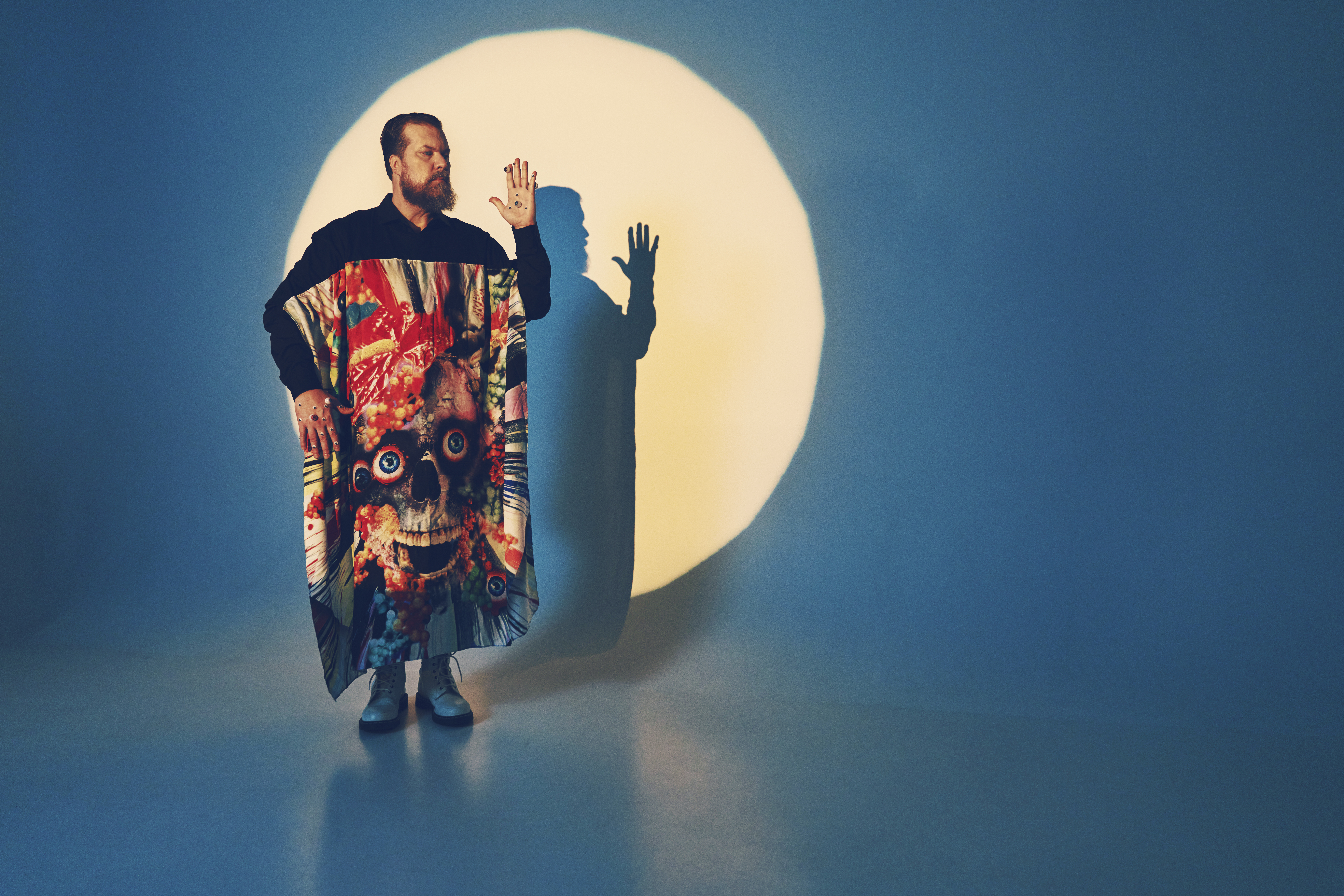 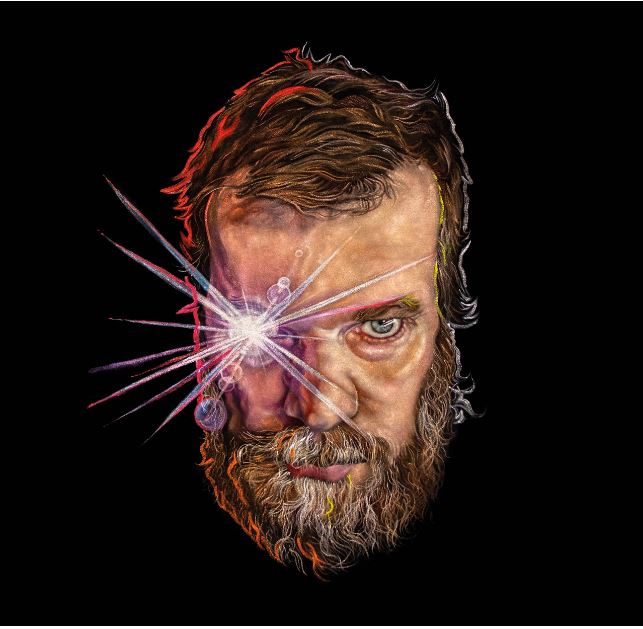 But he stresses: “I don’t consider myself a pessimist. I keep showing up!” I ask if he’ll ever return to living in the US and I get the impression he’s staying put in sparsely populated Iceland.

He says: “What I really love about it is the cool, crisp air and there’s not a lot of people there. That’s a rhyme! I’m going to write that down.”

So don’t be surprised if the neat couplet shows up on the next astonishing, thought-provoking John Grant album.

'Sex and the City': Is Heidi Klum Joining the Reboot?