EXCLUSIVE: David Amess murder suspect Ali Harbi Ali’s uncle says the only reason the family think the MP may have been targeted was over his links to Qatar

The family of Sir David Amess murder suspect Ali Harbi Ali believe the MP may have been targeted because of his political connections to Qatar.

Sir David was chair of the All-Party Parliamentary Group on Qatar and was considered to be the British politician closest to the country and previous media reports have suggested anger over his role may have played a part in the murder.

Police have been investigating why the murder suspect travelled from his home in Kentish Town to Southend, an area neither he nor his family had any connection to, on Friday to allegedly stab to death the backbench Tory MP.

Now Ali’s uncle says the family are speculating that Sir David may have been attacked over his links to the Gulf state, which has been accused of interfering in Somali politics and propping up its current president Mohamed Abdullahi Farmaajo.

Speaking outside Ali father’s home in north London, Abdi Ali told MailOnline: ‘We are a very political family and Ali was very aware of what was going on in Somalia and the involvement of Qatar.

‘We have no connection to Southend, no relatives there and I’m not sure if any of us have even been there for a day trip. We have talked about this a lot as a family and the only connection that we have established is the MPs backing of Qatar.’ 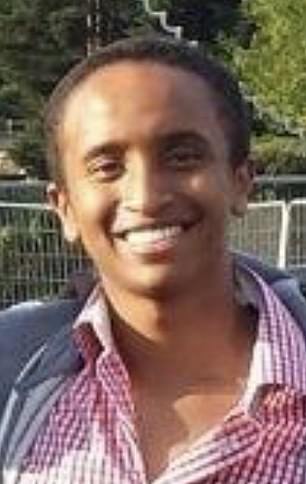 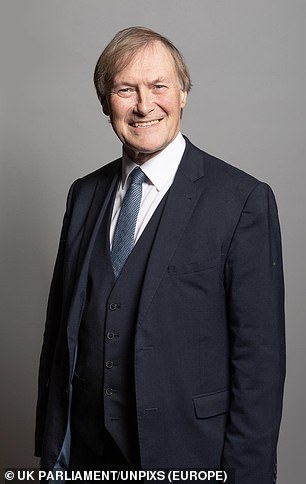 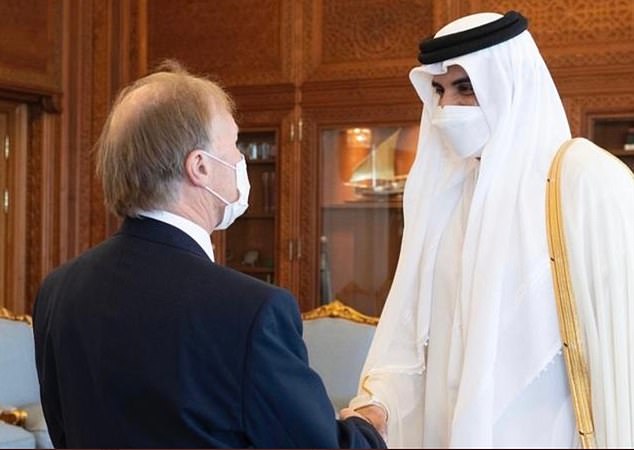 Ali’s uncle said the only reason MP Sir David may have been targeted is over his links to Qatar.  The MP tweeted this photo of himself meeting the Emir of Qatar 24 hours before his killing 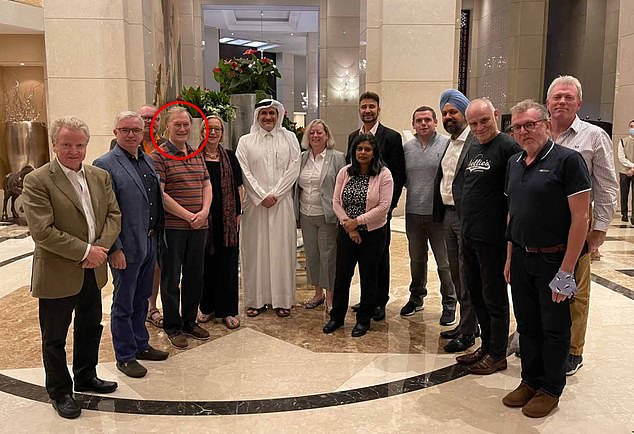 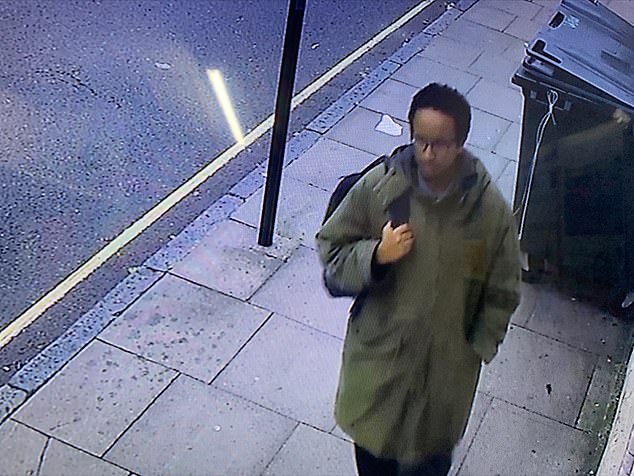 Ali, 25, was captured on CCTV strolling near his home in Kentish Town on Friday just three hours before Sir David was stabbed to death in a Baptist church as he met constituents

He added: ‘We know that the police are looking into this. We are all in utter shock at what has happened and have been left traumatised by it.’

Mr Ali revealed that the controversial role of Qatar in Somalia is something that is passionately discussed by Somalians across the world.

He said: ‘There is anger at the way Qatar is interfering in our business.’

Sir David had flown back from there two days before he died and tweeted a photo of himself meeting the Emir of Qatar just 24 hours prior to his horrific killing. 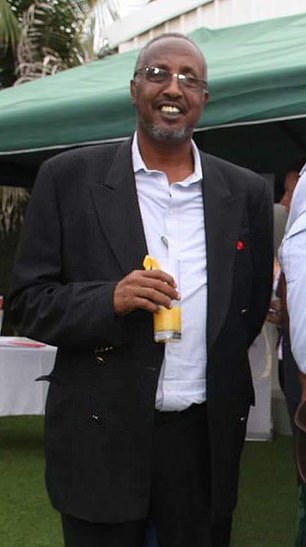 Qatar has been criticised over its involvement in Somalia, which has pushed it towards all out civil war amid growing political and economic turmoil.

Ali’s father Harbi Abi Kullane was a former senior aide to the prime minister of Somalia and the family enjoys extensive contacts amongst powerful politicians from the country, many of them critical of Qatar’s role in Somalia.

In a tweet of October 5, Mr Kullane described Qatar’s involvement in the East African nation as ‘unhealthy’ and called for its presence to be ‘eliminated’.

There is no suggestion that Ali Harbi Ali’s father is in any way an extremist.

Mr Ali claimed that it would not have been difficult for anybody to establish which British MPs are closely aligned to Qatar, even though Sir David Amess many not have been a household name in British politics.

In the past, Sir David has openly spoken about his close ties to Qatar and was even interviewed on BBC Radio Essex last week about his most recent trip.

In 2019, he gave the country’s ambassador a tour of Southend hoping to win support and Qatari funding for his long-running campaign to make the Essex seaside town a city, which was granted earlier this week in tribute to him.

Criticism of Qatar’s role in Somalia has intensified this year after President Mohamed Abdullahi Farmaajo was supposed to step down following the end of his four-year term. 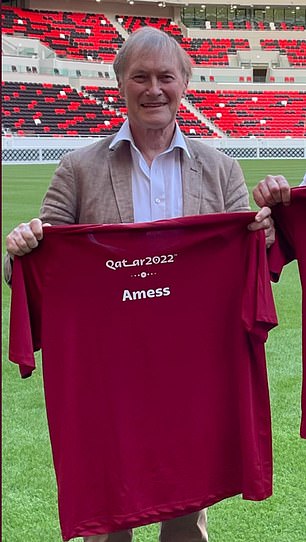 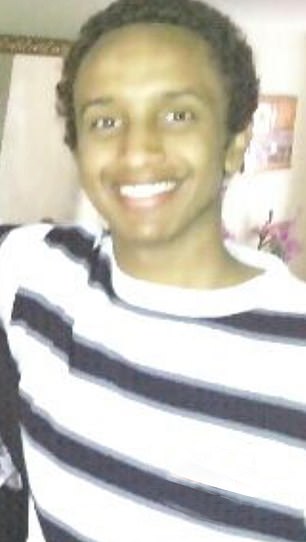 Sir David (left) poses with a football shirt at a World Cup venue on his trip to Qatar. Ali (right) is being held over Sir David’s murder with police able keep him in custody until October 22 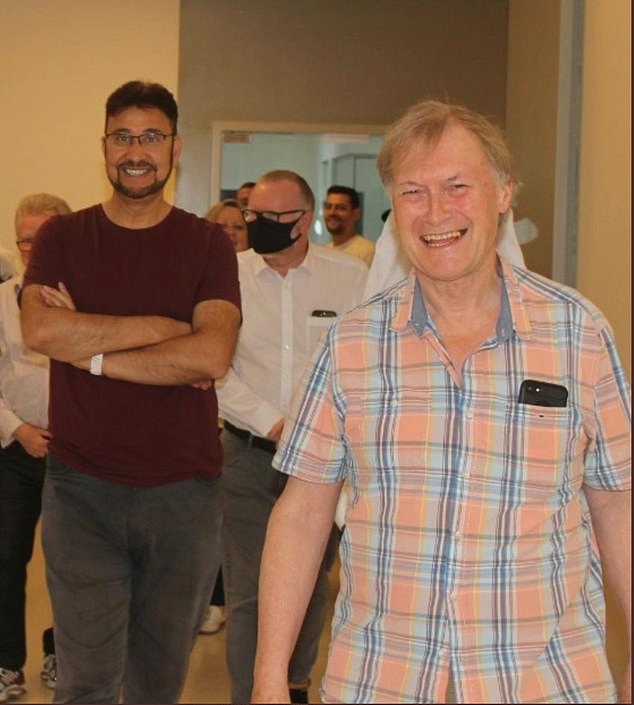 But he remains in power, with many Somalians accusing him of mounting a power grab with Qatar’s help, in what has been slammed as a ‘silent coup.’ Planned elections for this year have also been delayed, leading to armed clashes.

Somalia has found itself at the centre of a power struggle between Qatar and its neighbour Saudi Arabia as they try and expand their interests in the Horn of Africa in an attempt to exert more political and economic influence in the region.

Following Sir David’s killing, the Emir of Qatar issued a moving response, praising him for playing ‘an appreciable role in strengthening the historical relations between our two friendly countries.’

The Emir added: ‘My since condolences to his family and the British people.’

NYC outdoor dining will have to close during big winter snowstorms

'The Office': Rashida Jones Said Her Audition for Karen Was 'Torturous'

SM:TV Live 'revived for one-off special' with Ant and Dec reuniting with Cat

Who is Lee Carter in EastEnders and why was he depressed?