A World War Two ammunition dump has exploded spectacularly in a Berlin forest, sparking a huge fire on one of the hottest days of the year.

Around 100 firefighters were battling the blaze across some 15,000 square metres in the German capital’s Grunewald forest in the west of the city.

The fire was thought to be triggered by several explosions at the munitions storage facility buried in the woods, where old ammunition from the Second World War, fireworks and explosive ordnance is stored and controlled explosions are carried out.

The flames are spreading quickly and massive explosions could still be heard from the site, keeping fire crews from tackling the blaze.

‘The situation is dangerous,’ Thomas Kirstein from the Berlin fire department told reporters, calling on residents to stay away from the forest.

Homes are not directly threatened by the flames but the fire department warned that the blaze could further spread due to the dry conditions of the forest and the exceptional heat that is expected on Thursday, with temperatures of up to 38C. 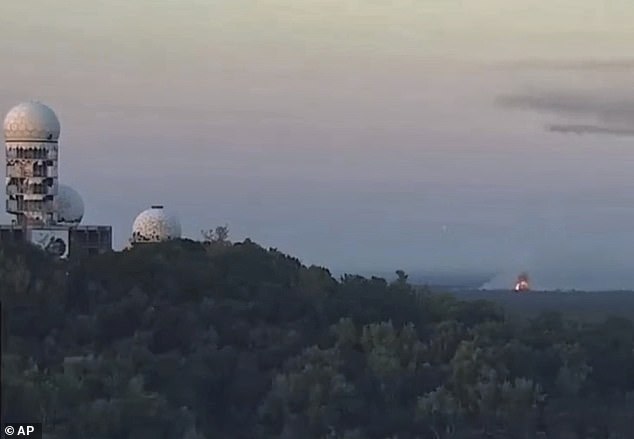 An explosion can be seen in the middle of Berlin’s Grunewald forest, one of many that rattled the edge of the city 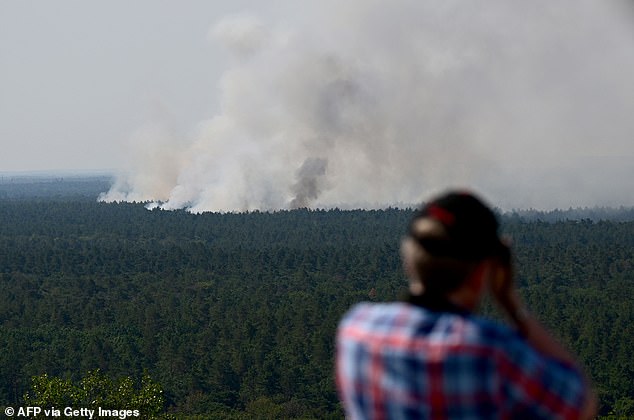 A World War Two ammunition dump has exploded spectacularly in a Berlin forest, sparking a huge fire on one of the hottest days of the year 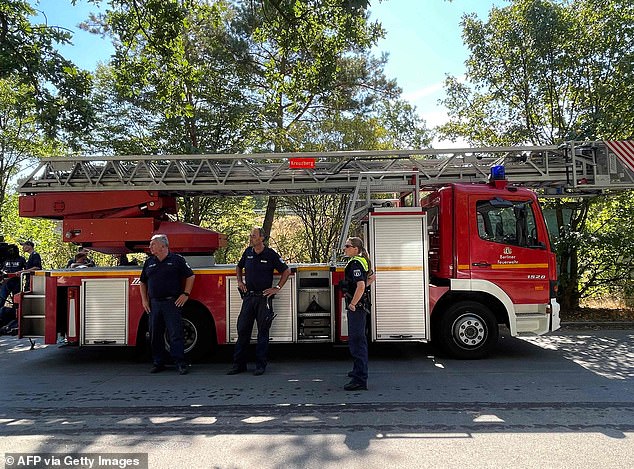 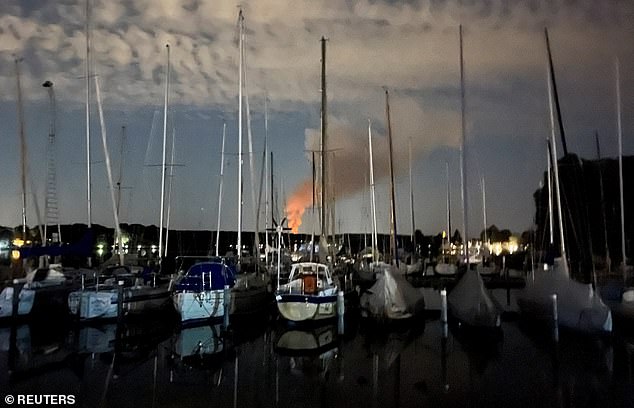 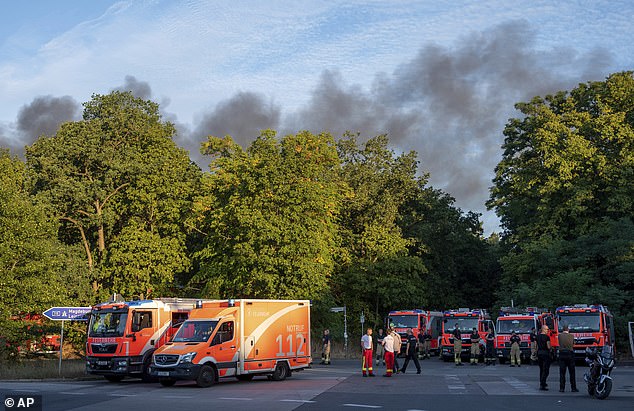 ‘The situation is dangerous,’ fire department spokesperson Thomas Kirstein said, as they maintain a one kilometre perimeter around the site

Due to flying debris and the threat of further explosions, the firefighters said they had not yet begun to systematically extinguish the fire as emergency forces had to keep a distance of a kilometre from the flames.

It is unclear what caused the initial explosions, a police spokesperson said. The site is used to store and conduct controlled explosions of ammunition or weaponry secured by Berlin police’s weapons disposal units.

Berlin authorities called for additional task forces to help extinguish the flames, including special forces from the German army.

Water cannons, helicopters and special evacuation tanks were also on the scene.

The commuter train service to the city’s west was partially interrupted and one of the city’s most important motorways, the Avus, was closed.

The city of Berlin is facing a weather warning currently, with the German weather service DWD forecasting temperatures on Thursday of between 34 and 38 degrees.

The 3,000-hectare Grunewald is one of Berlin’s largest green spaces, starting on the western edge of the city and stretching out towards Potsdam.

Arthritis drugs that slashes Covid death risk by 24% and cuts time in hospital will be given on NHS, Gov reveals

Cheltenham Festival tips: Grand Annual trends – we help you find the winner of the race live on ITV at 4.50pm today