As the national political debate moves towards the question of what exactly should be done to change the cultures of Parliament, of politics, and of the Liberal Party, there are two simple questions that nobody, least of all the Prime Minister, should be allowed to forget. 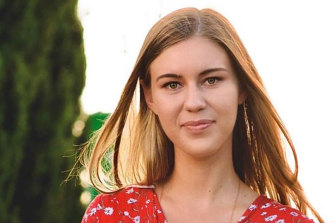 Former ministerial press secretary Brittany Higgins, whose allegation that she was raped was known to three ministers, political staffers, parliamentary security, and at least three people in the Prime Minister’s office. But Scott Morrison says he did not know until the story broke.

The answer to the first is simple enough: the Prime Minister, Scott Morrison. The answer to the second will, with the passage of time, almost certainly be Brittany Higgins. In a just world, the same response could be given to both questions. But that is not the world in which we live.

A striking fact about the various cultural reckonings of recent weeks – racism in the AFL, sexism in politics and the accusations of sexual assault in schools – is that it is the people with the least power (or perhaps the least obvious power) who have made things happen. Higgins is in her mid-20s, a former staffer. Heritier Lumumba, the footballer who caused Collingwood’s introspection, suffered racism and now lives outside Australia. He is just 34. Chanel Contos, who has gathered hundreds of stories of sexual assault by pupils and ex-pupils of Sydney private boys’ schools, is 22.

Scott Morrison, on the other hand, is a powerful man in his 50s – just like Eddie McGuire, or the headmasters of some of those schools. Why was the onus on the people who had suffered?

I have been thinking this past week of a long New Yorker article I read last year by the novelist Elif Batuman, who wrote of the connection between trauma and social movements. Societies tend to suppress trauma, partly because believing victims is hard work: “perpetrators and beneficiaries ask only for our neutrality, whereas a victim asks us to listen to, and empathise with, their long, awful story.” Progressive movements are often about acknowledging trauma that has been ignored: the lasting trauma of war, or of rape, or of racism, or of having your land stolen. 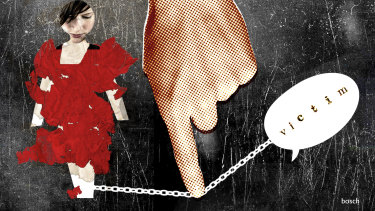 Similarly, opposing these movements, or minimising their importance, often depends on denying the trauma that underlies them. When, last year, our Prime Minister urged people not to attend Black Lives Matter protests, and he described black deaths in custody with the sterile phrase “issues in this space”, he failed to acknowledge trauma.

Then there is Morrison’s repeated tributes to the “quiet Australians” and his scorn for the noisy, angry ones. Why not pause to wonder if some are angry for good reason, and whether they are making noise because nobody will listen to their story?

This, of course, is what both Lumumba and Higgins had to do.

Morrison’s dream of a nation of quiet Australians rests on a fantasy about this country: that everything is fundamentally fine, that nothing needs to change, and that, as long as you work hard and love your family, everything will work out. When he is asked about addressing various inequalities, Morrison likes to bat such questions away by saying he wants to bring everyone together – that you can lift everyone up without pushing anyone down. He was once asked about publishing the gender pay gap within companies and said he did not want to create anger in the workplace. But who was it he did not want getting angry? Presumably women, the people in that equation with good reason for anger.

Trauma, and the experiences that cause it, interrupt Morrison’s pretty little story. Trauma makes the case that all of our lives can be ripped apart at any moment. But this is only half of what is important to understand about trauma. Horrific events can happen to any of us. However, most common types of trauma tend to happen more often to certain groups of people. The fiction that everything is fine can only be maintained by pretending everyone’s experience of the world is like that of those successful white men in their 50s, who have the luxury of seeing trauma as a rare and unfortunate exception, not as an everyday occurrence that conforms to predictable structural patterns.

Morrison’s political success is built on reassuring people. Any change worth the name – as every political leader of any substance knows – requires the opposite. When Morrison recites his childish incantation that everyone can rise up without pushing anyone else down, he is ignoring the fact that many of those who have risen have already pushed others down. Men can be paid more because women are paid less. Racists and sexists can prosper because those who complain about racism and sexism are punished.

This is why Morrison is very unlikely to change things in any meaningful way. It goes against both his beliefs about the world, and his political instincts. He prefers to sing us nonsense lullabies, shepherding us into sleep where we can keep on dreaming the dream in which everything is fine. Higgins, Lumumba and Contos want us to wake up. They are right to want this, of course, but it shouldn’t have been left to them.

Our Morning Edition newsletter is a curated guide to the most important and interesting stories, analysis and insights. Sign up to The Sydney Morning Herald‘s newsletter here, The Age‘s here, Brisbane Times‘ here, and WAtoday’s here.

Coronavirus in NY: Film unit fills in at NYPD precinct after 31 cops call out sick

Google boss, 33, left bedbound after his 'broken arm' turned out to be brain cancer