Boris Johnson’s father Stanley has responded to criticisms from Nigel Farage over his close links to China – by revealing that he is now planning a trek across the Communist state.

The admission came after the former Ukip leader demanded last week to know why Mr Johnson Snr was ‘yet again’ at the Chinese Embassy in London.

Mr Farage, now a presenter on GB News, has previously raised concerns over the Prime Minister’s closeness to Beijing and the ‘mysterious role’ of his father, who he said appeared to act as an ‘interlocutor’ between the Chinese embassy and No 10. 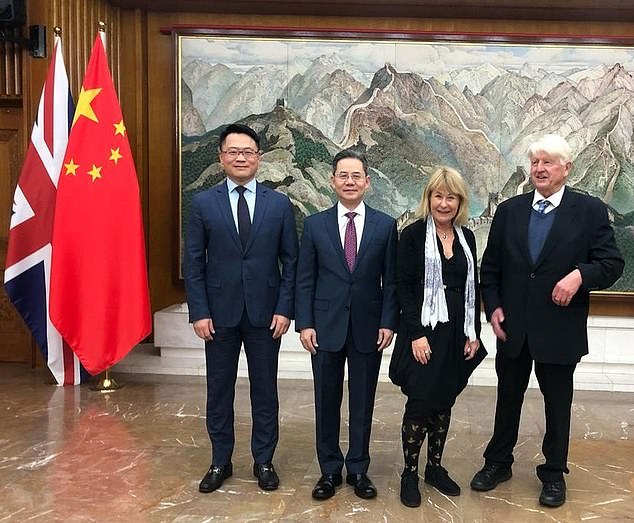 In an interview earlier this year, Mr Farage even asked if Mr Johnson Snr ‘financially benefits’ from China – a suggestion that Stanley Johnson branded wrong and ‘totally unforgivable’.

But Mr Farage returned to the issue last week after spotting that the PM’s father had posted a photo on his Instagram page of a meeting at the Chinese Embassy.

Mr Farage tweeted: ‘Why is the PM’s father at the Chinese Embassy yet again?’

However, when challenged by The Mail on Sunday yesterday, the PM’s father revealed that he had been asking permission from the Chinese to complete an expedition he started 60 years ago to travel in the footsteps of Venetian adventurer and merchant Marco Polo. 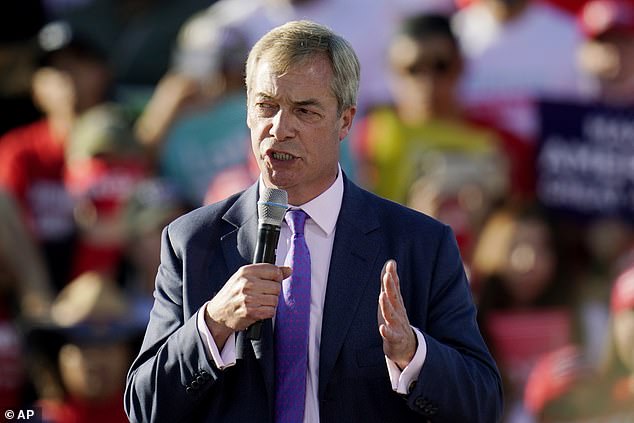 Nigel Farage, now a presenter on GB News, has previously raised concerns over the Prime Minister’s closeness to Beijing and the ‘mysterious role’ of his father

Mr Johnson said that in 1961 he had begun a Marco Polo-style journey with explorer Tim Severin, travelling through Europe, Turkey and Iran on motorbikes, but had had to stop at the Afghan frontier with China.

‘We got right up to the Chinese border but we weren’t able to finish the journey,’ he said.

But now the plan was to complete the epic trip by travelling from the western edge of China and then travelling to Beijing, taking in the Great Wall of China – in an environmentally friendly, electric-powered vehicle if possible.

Told of Mr Farage’s question on Twitter, Mr Johnson toyed last night with inviting him to join him in China.

He said: ‘At the very least, Nigel should meet us either on the way or when we arrive in Beijing and we should have a serious toast to the success of China/UK friendship and of course, Marco Polo.’

Ironically, Stanley Johnson’s China trip plans emerged as his PM son was reported to be considering a diplomatic boycott of the Winter Olympics in Beijing next year in protest at China’s record on human rights.

But a Government spokeswoman stressed last night that ‘no decisions have yet been made’.

She added that ‘as the PM has previously said, the UK has long been opposed to sporting boycotts’.

This Is What Anna Kendrick Really Eats In A Day