A 10-year-old boy has been killed and a six-year-old seriously injured following a horror crash on the M60 motorway this afternoon.

The driver of the BMW, a man in his 30s, has been arrested on suspicion of causing death by dangerous driving and drug driving. 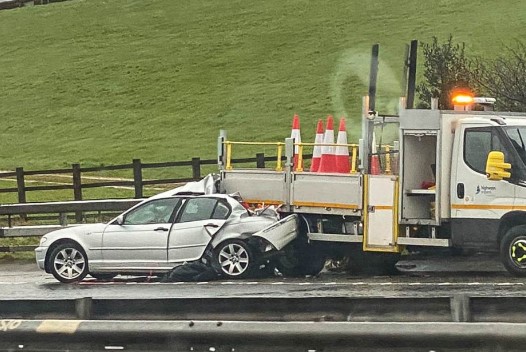 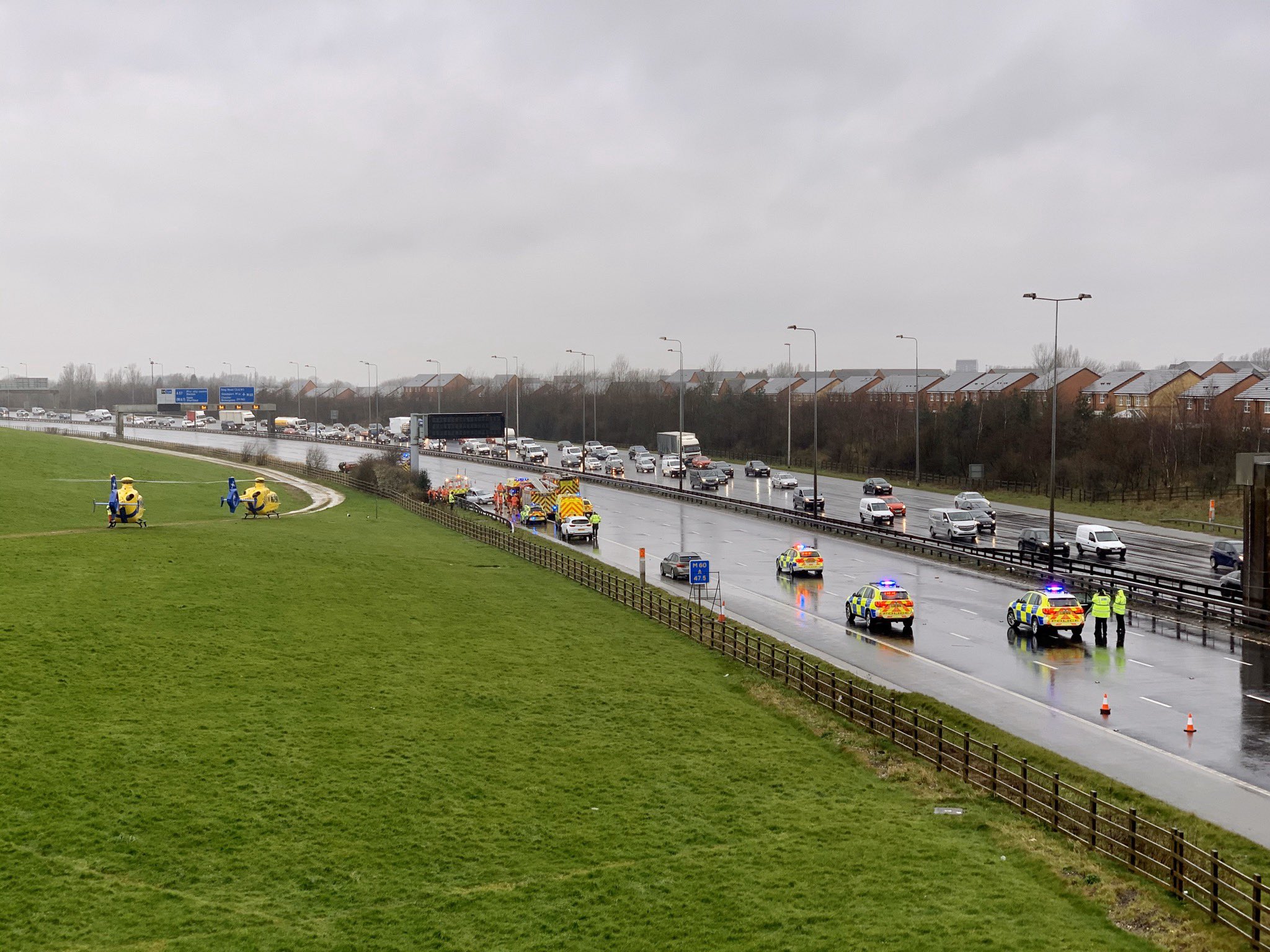 Emergency services raced to the scene following the smash near junction 24 in Denton, Greater Manchester, just before 2pm.

The boys, aged six and ten, were rushed to hospital with serious injuries.

The 10-year-old was pronounced dead a short time later.

A Greater Manchester Police spokesman said: "This is a tragic incident and our thoughts are with the boy's family at this terrible time.

"Our officers are currently piecing together the circumstances of the collision and we would appeal for anyone who witnessed it, or who may have dashcam footage, to get in touch as a matter of urgency."

Two other people were treated at the scene.

The crash involved a car and a van, the fire service said.

A spokesperson for Manchester Fire Service said: "We were called at 1.53pm to reports of a collision between junction 23 and 24 of the M60.

"Crews attended a road traffic collision involving two vehicles, a car and either a lorry or a van."

Drivers have been told to expect lengthy delays on the motorway this evening.

A spokesman for Highways England said: "The M60 is currently closed from J23 to J24 with delays of at least 15 minutes covering several miles of the clockwise carriageway.

"This closure is due to a road traffic collision and Highways England has resources deployed working hard to restore normal conditions as soon as possible.

"For traffic approaching the closure locally, you are advised to expect disruption with extra journey time and may potentially have to re-route your journey."

FBI seeking help from public to identify those in Capitol breach

Board of Elections way understaffed at large-volume early voting sites