Ripe old post-age! Britain’s oldest postmistress turns 93 after managing the same Post Office branch for 60 YEARS – but has no plans to retire yet

Britain’s oldest postmistress, who has managed the same Post Office branch for 60 years, is celebrating turning 93.

Kay White began working at Claverley Post Office, near Bridgnorth, Shropshire, during the Second World War in 1941 when she was just 14.

She became postmistress in 1960 aged 33 but even now Ms White has no plans on retiring.

Ms White, who has never married and has no children, said: ‘I am the oldest postmistress or master in the country. I started working here when I was 14. 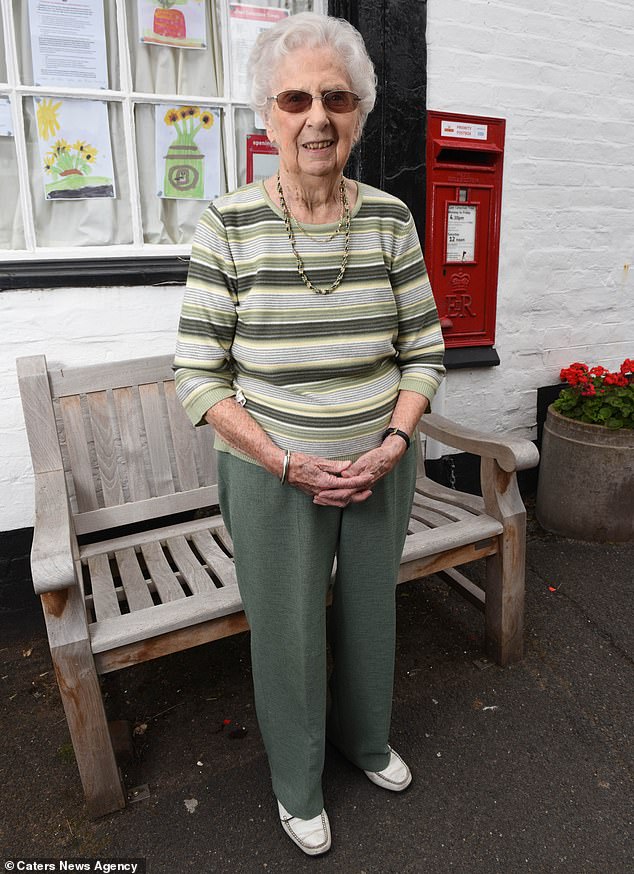 Kay White began working at Claverley Post Office, near Bridgnorth, Shropshire, during the Second World War in 1941 when she was just 14

‘I have never wanted to do anything else. I was born here and lived here all my life.’

The previous owner Ernest Jones died in the early 1970s and left the branch and housing above it in his will for Ms White.

Her niece Ann Madeley started working with her in 1992 and has been in the same role ever since.

Ms White added: ‘We had to close for 10 weeks in lockdown. I had never had to close it for anything else so it was a shame.

‘It is a shame this pandemic stopped me from working on my 60th anniversary and doing what I thoroughly enjoy doing. 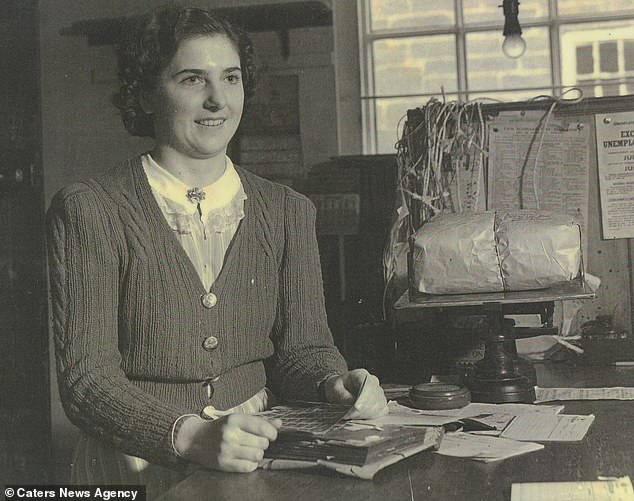 ‘I serve the community and keep in touch with the villagers.’

Ms White has been recognised for outstanding work in the community and was given an MBE in the New Years Honours in 2010.

Despite being busy with the Post Office, Ms White also spent 38 years on the Parish Council, ran the Sunday school at All Saints Church for more than 20 years and founded the local Women’s Institute.

Ms White said: ‘I was awarded the MBE for my services to the Post Office and the community itself.

‘I just love the community here. The village is beautiful. It has changed over the times, of course.

‘I still like our VE Day celebrations here. It is a very pretty village with black and white buildings and a lovely church. It is a very nice place to live. I wouldn’t want to live anywhere else.’

Post Office area manager Adam Shillcock visited the branch this week to mark Ms White’s birthday with some presents, including a large bouquet of flowers and a framed plaque. 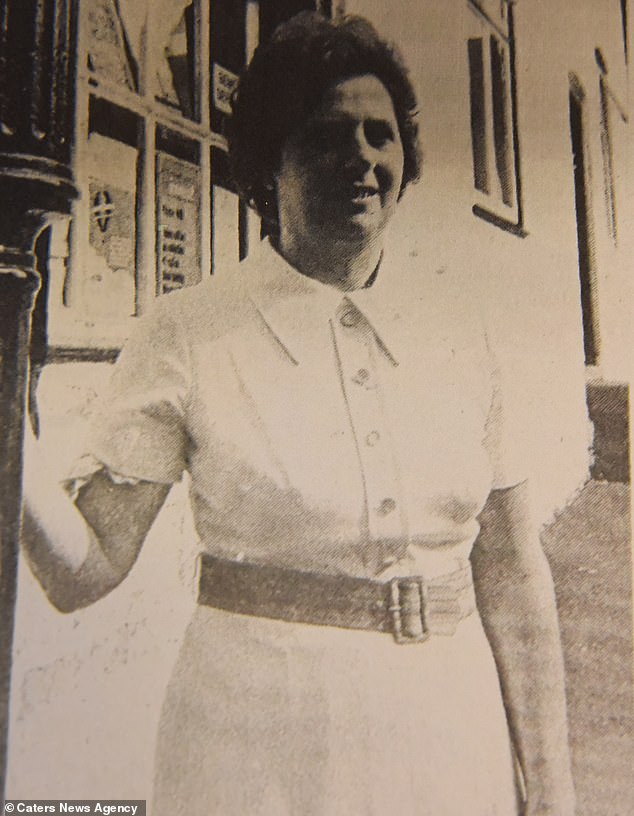 Ms White is determined to continue her work for some years yet.

She said: ‘If I retire, there will be no one to carry on running this Post Office. I don’t think I’ll retire. I’ll keep on going for the community.’

Mr Shillcock has let Ms White know she has been nominated as a local hero in the Post Office’s ‘We’re Stronger Together’ regional awards.

It will recognise the efforts made by postmasters and postmistresses across the region to keep branches open during the Covid-19 pandemic and serve their local community. 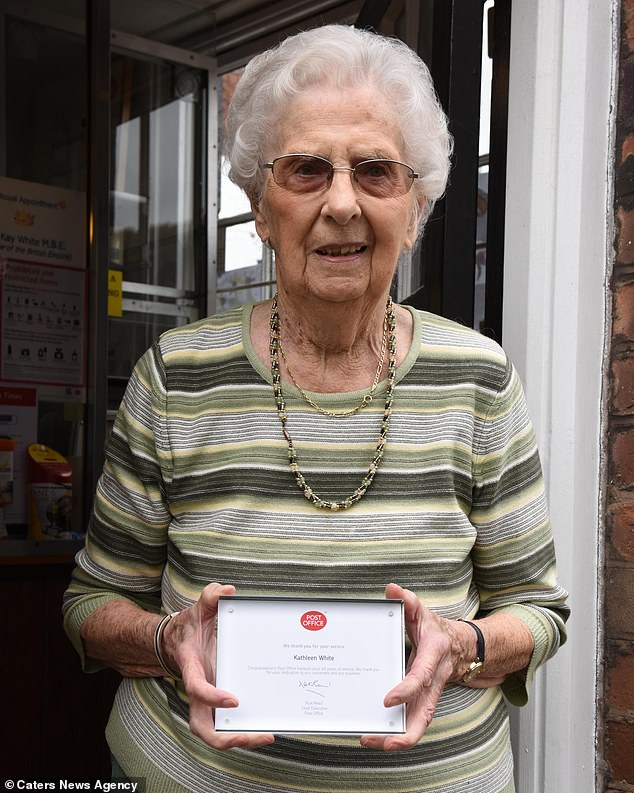 He said: ‘I have nominated Kay for special Covid-19 service recognition as although the branch was closed due to the pandemic in its early stages, it reopened its doors on June 1 much to the delight of the local community.

‘Kay’s commitment to support her community has seen her rack up 78 years working at the branch in Claverley and 60 years as the postmistress. A truly phenomenal feat.’

‘Kay and her niece, Ann, who run the Post Office are much loved and appreciated by the village and by myself and colleagues in our area team, who are amazed and impressed by Kay who is still enjoying serving customers.’

Joe Exotic is moved from solitary confinement after four months

Can grandparents look after grandchildren?

Much of Europe tightens anti-pandemic rules as virus surges

Conor McGregor says his aunt has died, hints at coronavirus