Blockbuster movie Spiderman: No Way Home was BANNED in China after Sony refused government’s demands to remove scenes showing the Statue of Liberty

The dispute occurred in late 2021, when Sony executives were working desperately to secure a Chinese release date for the Tom Holland blockbuster, according to a report on Sunday from Puck.

Although the Statue of Liberty plays a major role in the movie’s climactic scene, Chinese censors insisted that it be digitally removed, multiple sources told the outlet.

When Sony rejected the request, the Chinese government then asked if the icon of American freedom could be ‘minimized’ by cutting key shots and darkening the lighting to obscure the statue, which the studio also declined to do. 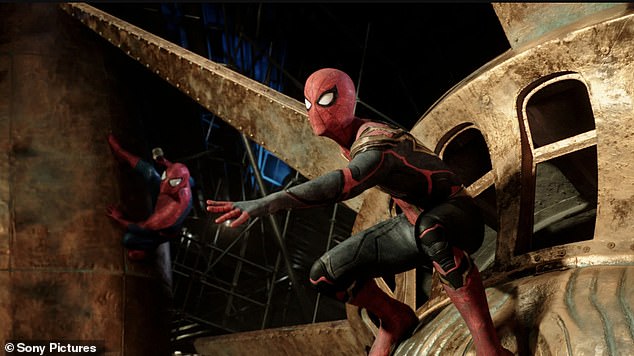 Spider man is seen on the Statue of Liberty in the climax of Spider Man: No Way Home. Chinese censors wanted the statue to be digitally scrubbed from the movie 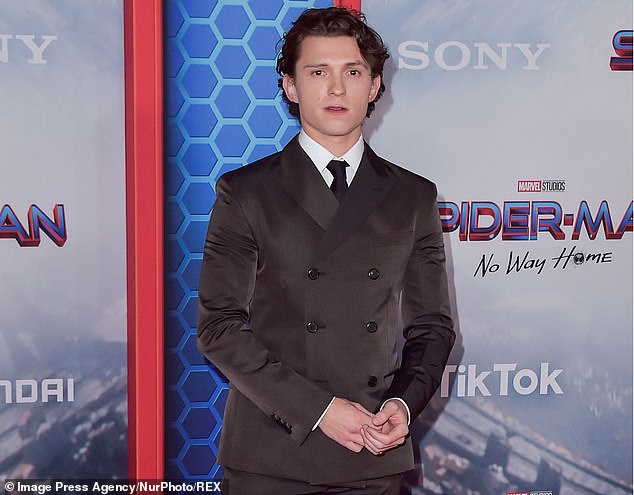 No Way Home, which grossed $805 million in North America box office, never received a Chinese release date, effectively banning it from theaters there, but the reason had never been made clear.

The movie, Holland’s third as the web-slinging superhero, was produced in a partnership between Disney-owned Marvel Studios and Sony-owned Columbia Pictures. Sony handled distribution of the film.

A spokesperson for Sony did not immediately respond to an inquiry from DailyMail.com on Tuesday.

Marvel Studios has not had a film enter Chinese theaters since Spider-Man: Far From Home in 2019. That film grossed $200 million in China.

Last week, China officially banned the latest entry in the Marvel Cinematic Universe, Doctor Strange in the Multiverse of Madness.

Though no formal reason was given for the ban, the movie had outraged the Chinese Communist Party by including a brief shot showing a newspaper rack for the Epoch Times, which is highly critical of the party.

Though the newsstand is visible for only a split second in a trailer for the film, Chinese internet users dissected the footage frame-by-frame and vented their fury about the newspaper’s inclusion. 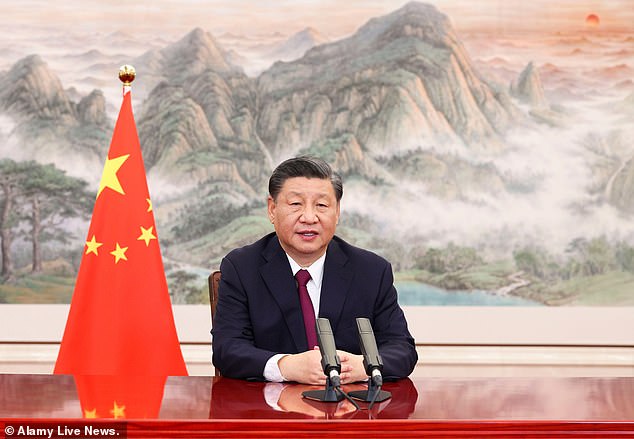 Doctor Strange also features a lesbian character, who references having ‘two moms,’ which led to the film’s ban from Saudi Arabia.

The recent crackdown marks a shift in China, where Marvel movies had enjoyed great success prior to the COVID-19 pandemic.

Officially, the Communist Party only allows 34 foreign films per theatrical release each year — but a harsh crackdown in 2021 made it harder than ever to secure Chinese release for big US blockbusters.

Less than a third of the foreign films screened in China last year were actual new-release 2021 titles. Most were older, and a tenth of them were archive titles that dated from before 2010, according to Variety.

Earlier this year, Chinese streaming platforms censored a plot line in the iconic TV series ‘Friends,’ which is hugely poplar there.

The streamers removed references to Ross’s ex-wife Carol Willick, who divorced him after announcing she was lesbian. 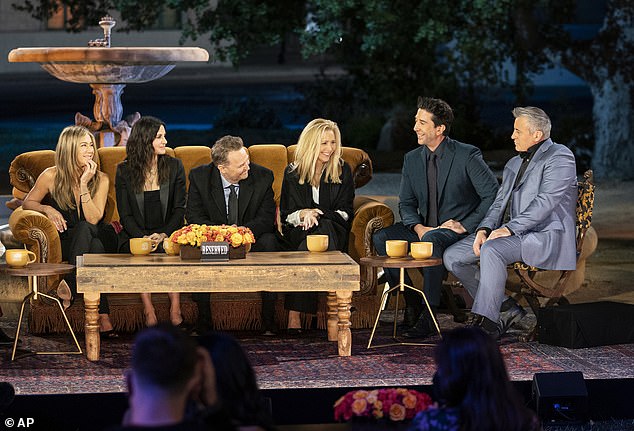 Earlier this year, Chinese streaming platforms censored a plot line in the iconic TV series ‘Friends’ and cut scenes from the ‘Friends’ reunion special (above) 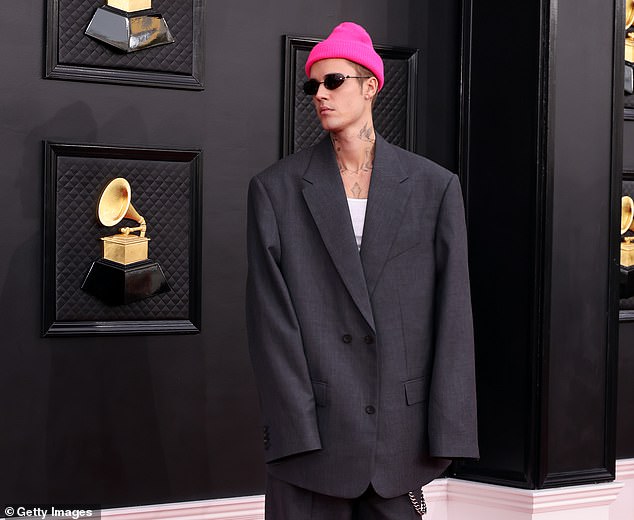 Justin Bieber has been banned from performing in China since 2017. Officials there call the singer ‘badly behaved’

In 2016, China issued an eight-page set of guidelines for television shows, discouraging gay story lines and topics that ‘exaggerate the dark sides of society.’

The document also referenced to ‘vulgar, immoral and unhealthy content’ with homosexuality, underage love, extramarital affairs, and one-night stands as being off-limits.

Chinese viewers were also left outraged in 2021, after three of their country’s streaming services censored the highly-anticipated Friends reunion.

Services iQIYI, Youku and Tencent Video all acquired streaming rights for the blockbuster TV special, which was released worldwide on May 27, 2021.

While fans in other markets were treated to the full 104 minute show, the editions released in China were all significantly shorter, cutting guest appearances by Lady Gaga, Justin Bieber and South Korean boyband BTS.

Lady Gaga is currently banned from touring in China after she angered the country’s officials by meeting with the Dalai Lama in 2016. 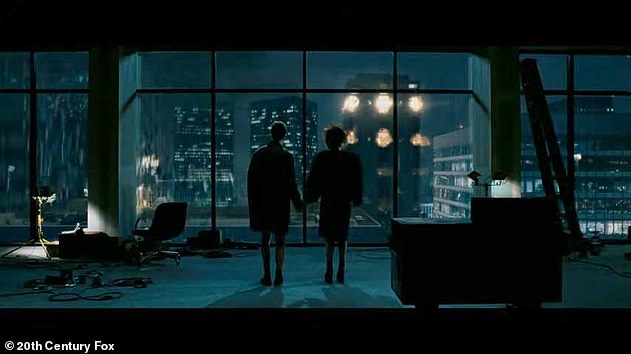 But in the censored version released in China, the exploding buildings scene is replaced with a written message on black screen: ‘The police rapidly figured out the whole plan and arrested all criminals, successfully preventing the bomb from exploding’

Meanwhile, Justin Bieber has been banned from China since 2017. He angered Chinese leaders by posted a photo of himself at a shrine honoring Japanese military leaders, and issues in his personal life led China to describe him as ‘badly behaved’.

BTS also angered Chinese officials when they last year spoke of South Korea’s shared ‘history of pain’ with the United States over the Korean War, in which China backed North Korea.

Instead of multiple buildings exploding, as in the original ending, the authorities win in the new censored version.

In an abrupt edit, the censored film ended with a written message on black screen: ‘The police rapidly figured out the whole plan and arrested all criminals, successfully preventing the bomb from exploding.’

Missing Kathryn McGuire, 15, discovered dead and another girl found safe after they vanished on Thanksgiving

Wordscapes daily puzzle Tuesday February 16: What are the answers today?

Your bills to rise by up to £347 a year as council tax, Sky and overdraft increases kick in – how to avoid them

Prince Harry has swapped duty & family for cash with £112m Netflix deal and should NOT be celebrated, says Dan Wootton