A FATHER-TO-BE has tragically died of an unknown fatal allergy while on a date night with his wife.

Alexander Hall had no idea he was allergic to the seemingly innocent fish dish which triggered his death in the Victorian town of Ballarat, Australia. 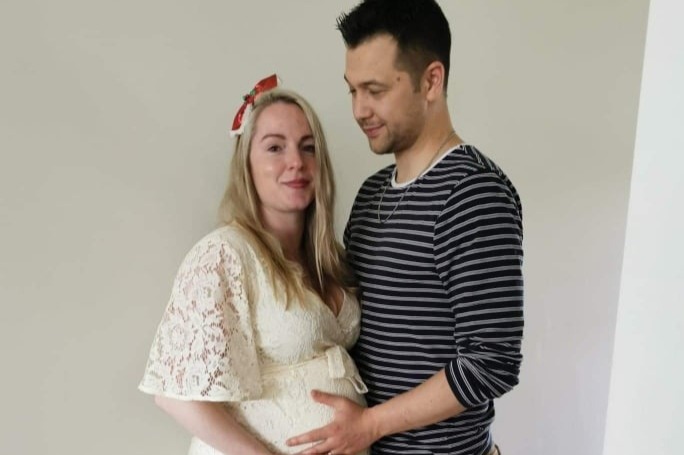 The expectant parents had been enjoying a night out on February 7 at a restaurant when Alex, 37, suffered from the fatal allergic reaction.

He and pregnant wife Cassandra, 33, were sharing a seafood basket which included a barramundi fish.

Cassandra told news.com.au: “It was when we’d finished the meal that he mentioned that he had really liked the fish and he hadn’t had that type of fish in quite a few years.

“He mentioned (saying the) last time I’d had it I thought that I might have had a bit of a reaction to it … my lips were a little bit tingly.”

Within minutes her husband was “wet with sweat” and “really struggling to breathe”.

A nearby table of off-duty nurses rushed to help as Alex repeated the words ‘I can’t breathe, I need someone to breathe into my mouth, I can’t breathe’.

His wife recalled: “The nurses were trying to get him into the recovery position and I was just trying to breathe into his mouth, trying to help him, doing anything.

“There was nothing I could do, I was so scared and I could see he was scared as well, he didn’t want to leave us.”

Alex was rushed to hospital and placed into an induced coma but his condition deteriorated and he died five days later.

The cause of death was ruled as being from severe anaphylaxis and cerebral hypoxia, the Herald Sun reports.

There was nothing I could do, I was so scared and I could see he was scared as well, he didn’t want to leave us.

As Alex was an organ donor, doctors were able to take five of his organs, including his heart, before he died.

Cassandra said: “It just made me so proud of him that he was able to do that even after he passed … his heart was just so big and so generous that he’s gone and saved somebody else.”

Prior to his death the couple had bought a 2.5 acre block of land where they had made plans to build their dream country home.

Describing the daunting future in front of her, Cassandra said: "Everything in my life is about to change now because we’re renting and paying a mortgage for this land that we’ve bought.

“Now I’ve got two-and-a-half acres and I don’t have a green thumb, that was Alex.

"Now I’m reduced down to one income and soon to be on maternity leave. I don’t know what I’m going to do honestly, it’s quite scary.”

A GoFundMe page has been set up by a friend which has so received almost $25,000 in donations.

Cassandra wants to raise awareness of allergies and their potentially fatal consequences.

She explained: “If his story is able to save even one person, because the shocking thing is we didn’t know he was allergic to barramundi.

“I think people need to be aware if they have something one time and have even the mildest reaction what can happen, it’s quite common, the second time you eat it that’s when you get a very, very severe reaction. It’s important that people are aware of that.”

We were just starting our lives together. It doesn’t seem right. He was really excited to have kids. He was just going to be the best dad.

The couple married last year and were expecting their first child in May.

They had already named the baby girl Isabelle.

Cassandra said: “From the moment that we met just everything just started falling into place for us, just like it was meant to be."

She told the Herald Sun: "We were just starting our lives together. It doesn’t seem right.

"He was really excited to have kids. He was just going to be the best dad."

The teenager told restaurant staff he was allergic to dairy, but he was not told his order contained chicken coated in buttermilk.

And 15-year-old Natasha died after eating a Pret a Manger baguette containing sesame seeds on a BA flight to France.

Natasha was severely allergic to sesame seeds but they weren’t listed in the ingredients. 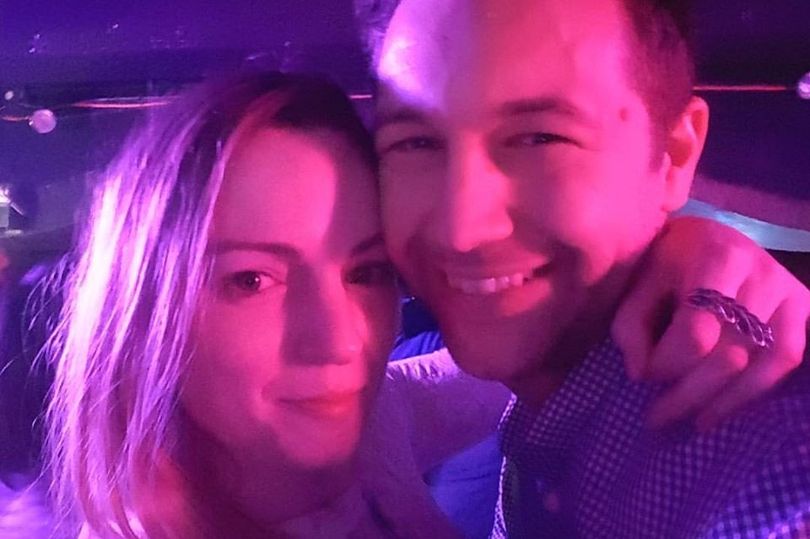 Sufferers may appear weak and ‘floppy’.

Swollen lips and/or eyes, itchy skin or a rash like hives, wheezing and finding it hard to breathe or speak, feeling faint, dizzy or confused, vomiting or having diarrhoea are just some of the symptoms of severe allergy and need immediate action.

This is by no means a full list of symptoms, so always speak to your doctor about what you should watch out for.

Sometimes there are other factors that on the day can increase the severity of your reaction. These are called co-factors and these can include exercise, feeling unwell with a viral illness, alcohol and tablets, such as some painkillers.

For some people with allergies, more serious reactions such as anaphylaxis may only occur if they have eaten a specific food, or taken the medication to which they are allergic, then they exercise.

People with asthma and allergies are known to be more at risk of severe reactions than those without.

Woman, 20, fighting for her life with brain injury and broken back after being hit in head by crane on demolition site