Eco-activists today accused COP26 leader Alok Sharma of ‘appropriation’ after telling a conference that CEOs and politicians are ‘all Swampys now’.

Kicking off the summit’s Finance Day, which aims to channel cash towards transitioning global economies to net zero carbon emissions, Mr Sharma recalled the climate protests of the 1990s.

He compared financiers and politicians to Dan Hooper, nicknamed Swampy, who became a household name in 1996 after his fierce campaigning to stop new road projects. 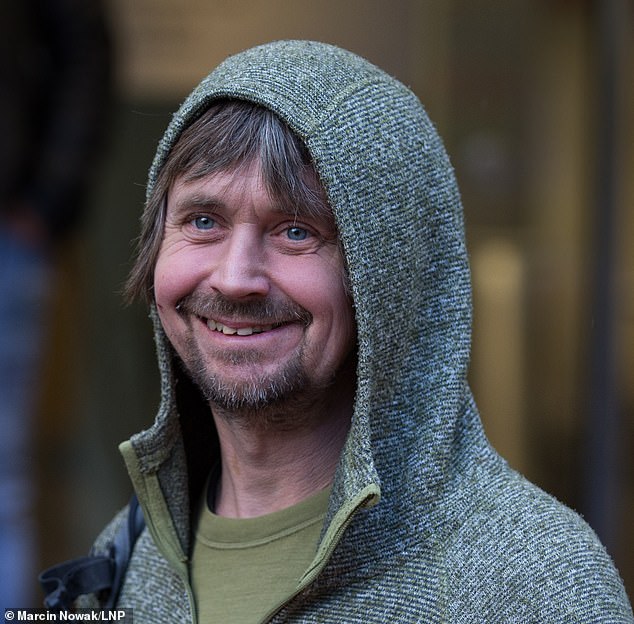 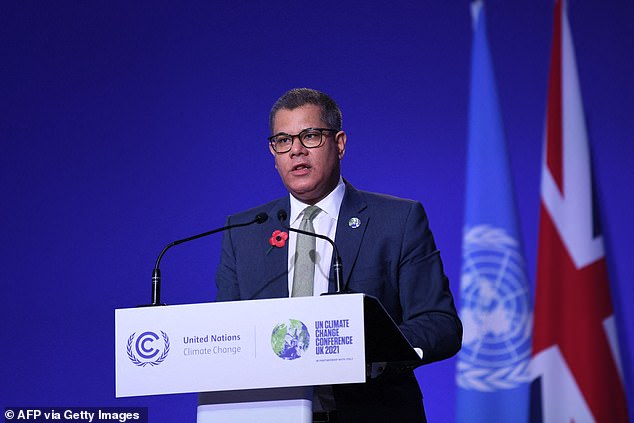 In his speech today, Mr Sharma compared financiers and politicians to the veteran eco campaigner

The son of middle-class Berkshire parents Peter and Jill, Swampy became the poster boy for environmentalism after he became involved in the protests against the A34 Newbury by-pass in 1996.

He later spent seven days and nights living in a tunnel dug by campaigners attempting to stop the A30 dual carriageway in Devon in 1997.

Thanks partly to the British love for eccentricity, Swampy quickly became a household name and later that year he appeared BBC comedy current affairs quiz Have I Got News for You.

In 2007, he took part in climate change protests at Heathrow Airport, and in 2019, took part in an Extinction Rebellion protest at a Welsh oil refinery.

He was fined £40 for attaching itself to a concrete block at the entrance after pleading guilty to willful obstruction of a highway. ‘I am pleading guilty, I can’t really afford to keep coming to court,’ he told the magistrate.

Swampy was arrested again last year after occupying a tree house at Jones Hill Wood in Buckinghamshire, which was due to be destroyed to make way for the HS2 rail link.

This January he attended a further Stop HS2 protest at Euston Square Gardens, where his 16-year-old son joined him down a tunnel.

At the time of writing, he is spending his 20th day in a tunnel in Wendover, Buckinghamshire during another protest against HS2.

Mr Sharma said: ‘When I started my career in finance in the 1990 in the city, there was a guy called Swampy, some of you may recall him?

‘He spent his time occupying trees and tunnels and he was the main face of climate action in the United Kingdom.’

He continued: ‘But today, the Swampys of the world are all around us, in boardrooms, in government departments, in multilateral development banks and trading floors all around the world – you my friends are the new Swampys, so be proud.

‘That means finance is increasingly flowing to climate action. Delivering the Paris Agreement requires nothing short of aligning all financial flows with clean and resilient development, and of course we know that the devastation caused by the pandemic makes this all the more urgent.’

Swampy himself is currently spending his 20th day in a tunnel in Wendover, Buckinghamshire, in an effort to block the progress of the HS2 rail project, and was unavailable for comment.

However, fellow campaigner Dr Larch Maxey, who is currently on bail for alleged offences relating to his protests against HS2, said: ‘Unfortunately everyone is not down that tunnel with Swampy.’

He continued: ‘To say we are all Swampys is appropriation, it is attempting to take resistance, to take the truth and commercialise it and commodify it for the corporate agenda.

‘If only what he was saying was true. If only we were all Swampys – then we wouldn’t be in the greatest threat humanity has ever faced.’

Dr Maxey said world leaders were still trying to ‘coax and cajole’ big industry into action, rather than leading by example.

‘(Mr Sharma’s speech) is trying to say ‘everything is OK, folks, you just trust us, the experts, the bankers, the politicians, and your future is safe’,’ he said.

‘Well, it’s not – the future is in danger because of their actions over the last 30 years and because they are carrying on.’ 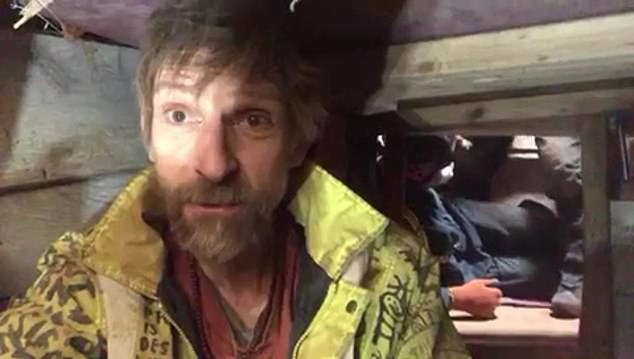 Fellow campaigner Dr Larch Maxey, who is currently on bail for alleged offences relating to his protests against HS2, said: ‘Unfortunately everyone is not down that tunnel with Swampy.’ 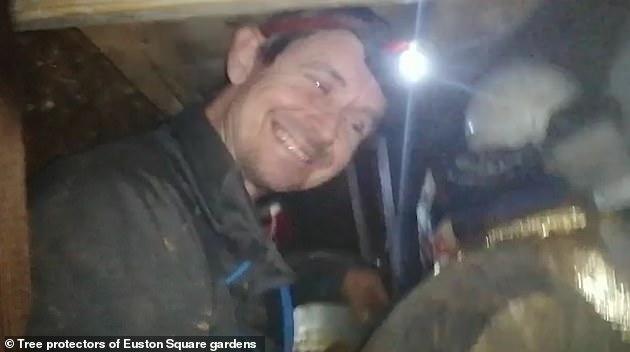 Swampy is pictured in his tunnel at Euston Square Gardens, London in January 2021

Dr Maxey was sceptical that the targets of the Paris Agreement could be met without radical action.

He said: ‘Sixty per cent of all emissions have been emitted during the Cop era, and so Cop is fundamentally predisposed to try and keep business as usual going.’

He added: ‘Thirty years ago we were in the space of coaxing and cajoling – now (climate change) is an existential threat and the science says what we do in the next three to four years will determine whether humanity survives or not.

‘This is how serious it is, and I don’t see many people addressing this with the level of urgency and severity that it requires.’ 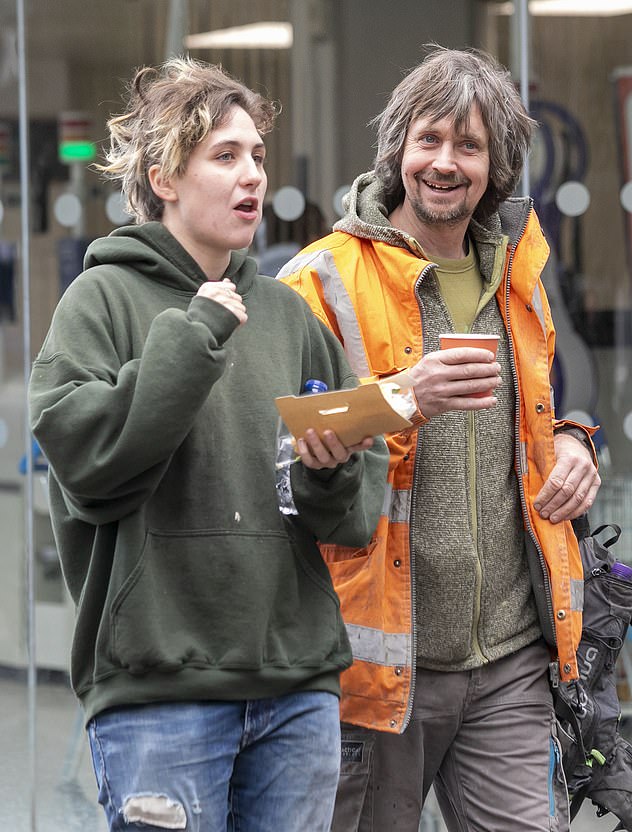 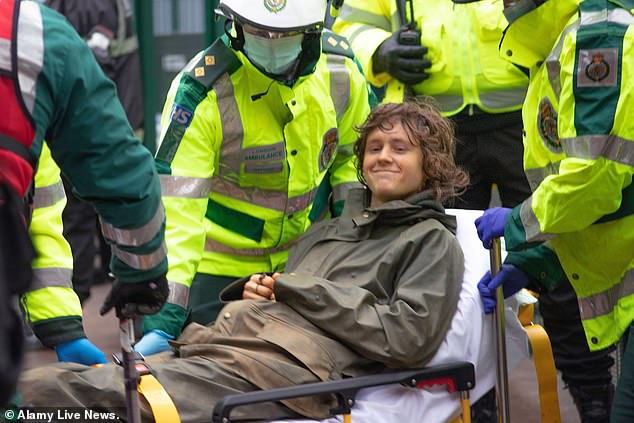 Swampy’s son, Rory Hooper, 16, also took part in the Euston protests and is seen being carried out of his tunnel by an ambulance crew

What will replace GCSEs and A-levels and will the system be fair?

Farmer, 36, dies trying to rescue dog after burying himself when hole he was digging collapsed

'Grey's Anatomy': These Are the Episodes That Made Fans Hate Meredith