PROSECUTORS released a series of lovey-dovey text messages of Theranos founder Elizabeth Holmes fawning over the chief operating officer she now accuses of emotional abuse in her fraud trial.

“You are breeze in desert for me,” read one message from Holmes to her then-boyfriend Balwani back in May 2015. “My water. And Ocean.” 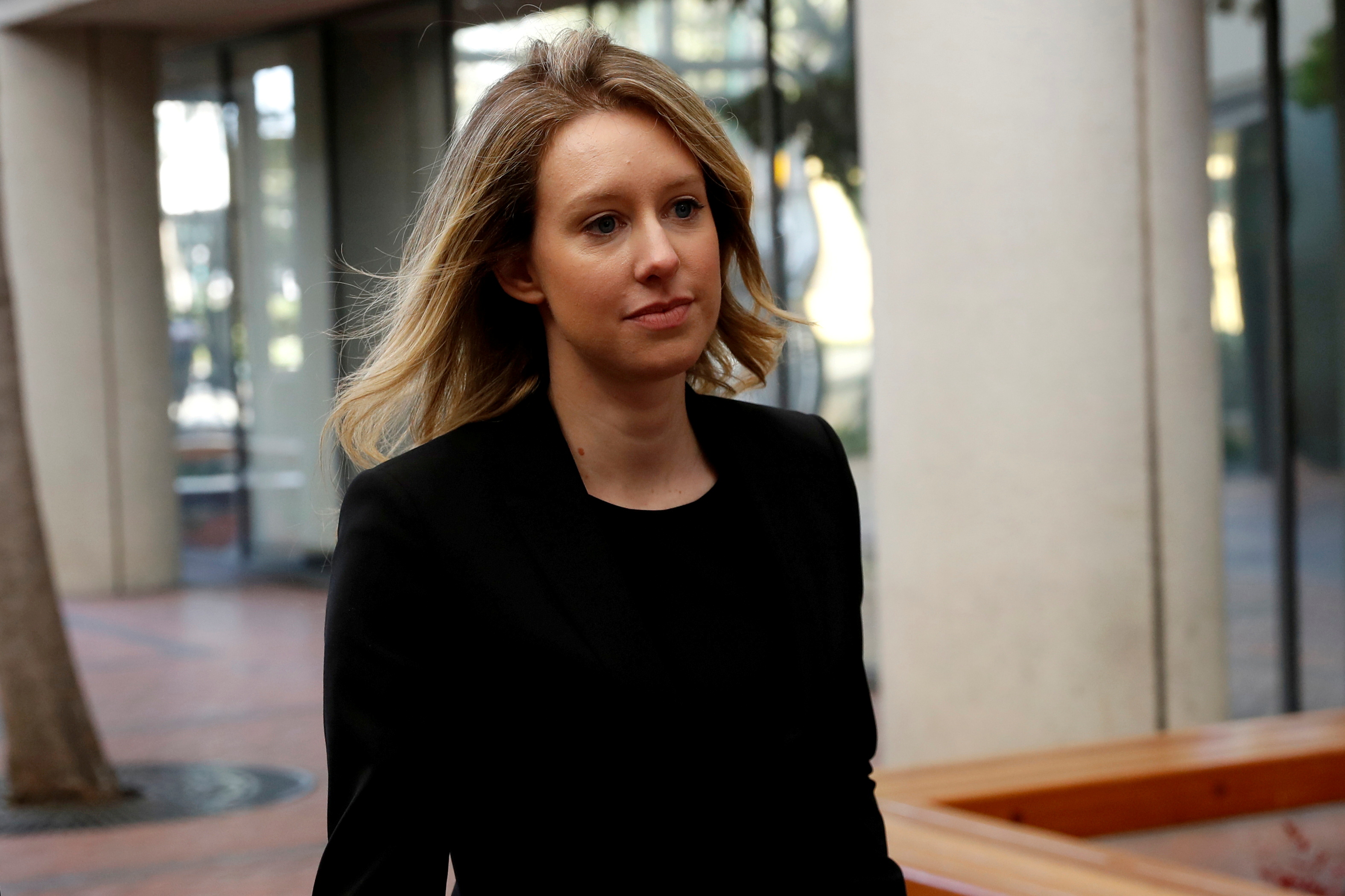 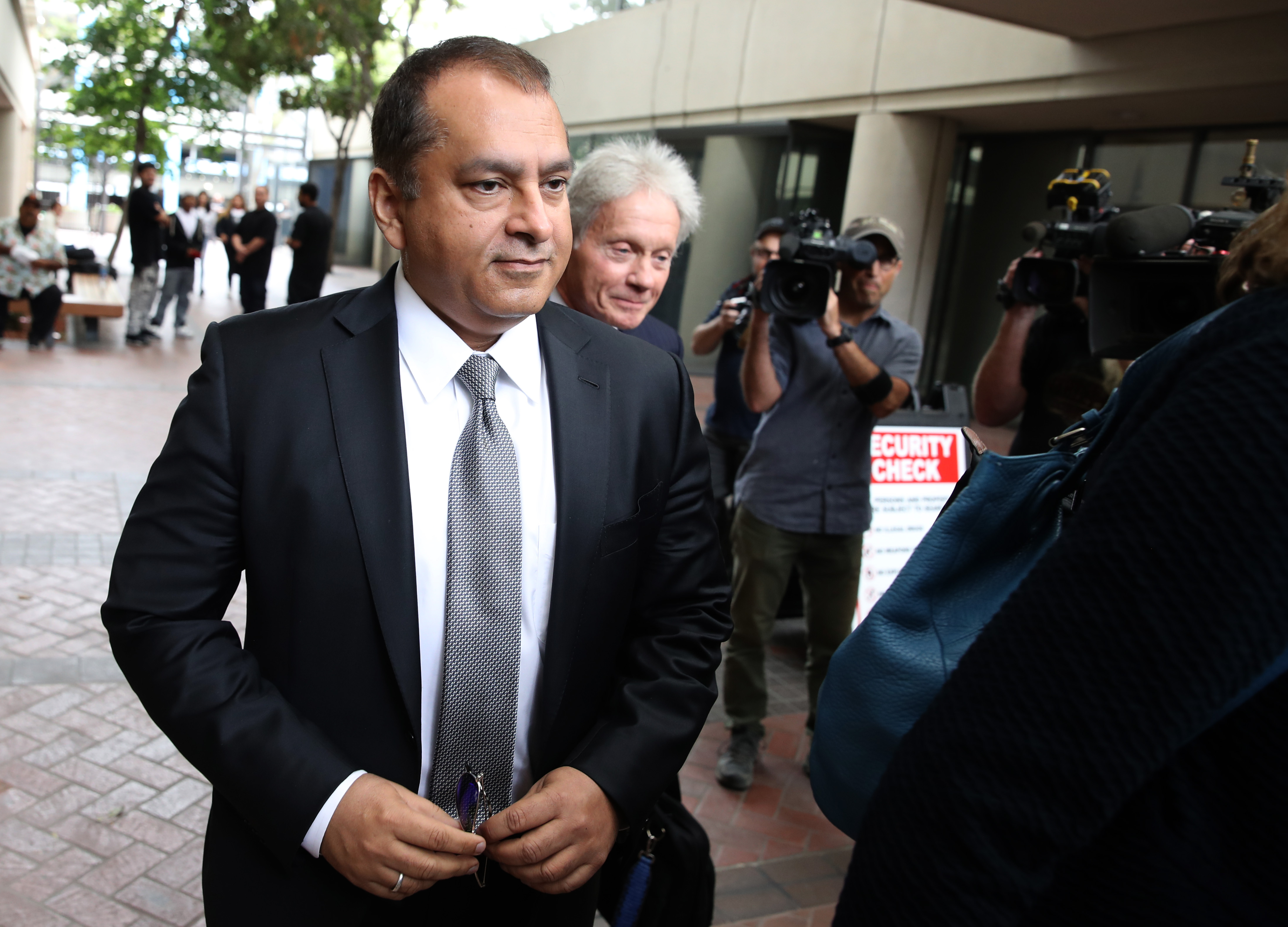 The text messages between Holmes and Balwani put on display how together they tried to navigate around fraud allegations possibly poking holes in her defense that she was being coerced by an abusive lover.

Holmes and Balwani are each accused of scamming $700million out of investors.

The 37-year-old Stanford dropout Holmes, who recently gave birth to her first child, faces 20 years in prison after she was charged with federal fraud and conspiracy charges.

Prosecutors in San Jose federal court were forced to postpone the fraud trial after Holmes' lawyers told the government she was pregnant on March 2 and requested that the judge table jury selection until August 31.

The father of Holmes’ baby is reportedly hotel heir William “Billy” Evans, 29, whom she wed in 2019.

He is the heir to the Evans Hotel Group's chain of California hotels.

Another revelation of the missives is the timing.

They exchanged them just before the Wall Street Journal published its bombshell expose alleging fraud and false representations at Theranos, a Silicon Valley biotech company once valued at $10billion that claimed to have created groundbreaking medical testing equipment.

“Shocking this guy thinks he has the right to ask this question for wsj,' Theranos’ form president Balwani wrote in one message to Holmes.

Their exchanges appear to show how the hush couple tried to plot ways to smoke out and undermine insider sources who had tipped off the Journal.

The pair also accused the Journal’s questions and approach to their off-hours romance as living together in secret as being out of line.

And the texts show the unofficial lovers apparently shared custody of a pet.

In one message, Holmes asks how their “baby bird” is doing and asked if a friend could feed it.

"The texts paint a picture of a couple who are loving, value each other's thoughts, and are mutually engaged in a common pursuit," Cheryl Bader, a law professor at Fordham Law School and former assistant US attorney, told Business Insider.

"I think the jury will read these texts as evidence of a coequal partnership in a close and loving relationship."

Balwani, 56, is set to go on trial for fraud next year and previously has claimed he’s innocent of any allegations of abuse.

Holmes' attorneys contend in unsealed court papers that the former head of Theranos may testify during the trial and are pointing blame on “intimate partner abuse” that Balwani allegedly caused.

Her attorney Lance Wade told the jury on Wednesday that Holmes was convinced at the time that she had recruited the “best businessman she knew” when she brought Balwani into the company, according to the Mail.

But that she regrets the decision years later and after the indictments.

“You will learn that Mr. Balwani did not take well to people who disagreed with him,” Wade said and blamed Balwani's erratic behavior as the reason so many Theranos employees headed for the exit.

It was Balwani, Wade claimed, who was directly responsible for overseeing the Theranos lab that federal prosecutors claim spun misleading results of blood tests that put people's lives in harm’s way.

“If what the government is trying to show is that Theranos' clinical lab was not well run from 2013 to 2016, we will likely agree with what they have to say,” Wade stated.

'POOR LAB' BUT NOT FRAUD

Wade chalked up the lab’s efforts as subpar, but not aimed at duping people, noting the “poor operations in the lab” was certainly one of Theranos' biggest failures “but it wasn't fraud.”

Holmes’ trial sheds light on a steep fall from grace since her company’s technology was proven to be mostly smoke and mirrors and didn’t work as advertised.

Holmes had founded the blood-testing company in 2003 at the wunderkind age of just 19.

She pitched its technology as a cost-effective way to run dozens of blood tests by pricking a finger and analyzing few droplets of blood.

Holmes admitted the idea to launch the company came as she battled a fear of needles.

The rising Silicon Valley star quickly was held in esteem with comparisons to Apple's Steve Jobs and Holmes even embracing the hype by dressing in black turtleneck sweaters.

UAE's Hope probe send back its first image of Mars

Taking Your Pup on a Hike? You'll Want to Bring This Water-Activated Cooling Dog Vest