Britain could face a fine from Brussels for flouting air pollution rules after the EU’s top court today made its first post-Brexit ruling against the UK.

While Britain left the orbit of the European Court of Justice on December 31, it has agreed to apply ECJ judgements in any case initiated while it was still a member.

In Thursday’s case, the ECJ ruled that Britain had ‘systematically and persistently’ breached EU limits for nitrogen dioxide in 16 areas including London, Manchester and Glasgow from 2010 to 2017.

If Britain fails to reduce NO2 pollution below the EU limits, the European Commission could take further legal action by imposing financial penalties. 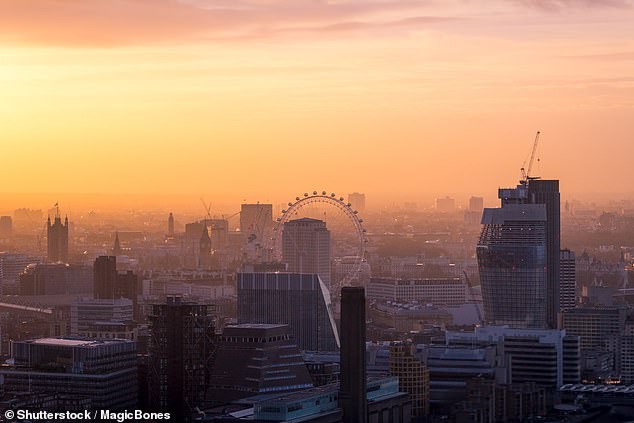 The UK said it was considering the ECJ ruling, with Defra saying today that air pollution ‘has reduced significantly’ since 2010.

‘Now we are out of the EU we are continuing to deliver our £3.8billion air quality plan,’ a spokesman for the department said.

Freedom from the ECJ was among the benefits touted by Brexit supporters and heralded by Boris Johnson when Brexit talks were finally concluded last year.

‘There is no role for the European Court of Justice and no requirements for the UK to continue following EU law’ in the trade agreement, the UK government says.

But Britain agreed in the withdrawal pact that it would comply with the EU court’s judgements in any overhanging cases from when it was part of the bloc.

Road transport is the main source of NO2 emissions, meaning urban areas tend to be the most heavily affected.

Prolonged exposure to air pollution can cause diabetes, lung disease and cancer.

An inquest in the UK last year found that air pollution contributed to the death in 2013 of London schoolgirl Ella Kissi-Debrah, who suffered from severe asthma.

In a bid to curb pollution and meet climate goals, Britain has pledged to ban the sale of new petrol and diesel cars and vans from 2030.

Siberian cave may have hosted humans, Denisovans and Neanderthals

My Legs Hate Jeans, But This Cool Leopard Pair Is Weirdly Comfy