‘Evil’ woman, 25, is jailed for life for choking her ‘vulnerable’ boyfriend, 53, to death following campaign of domestic abuse: Drug addict murdered partner hours after sharing photo of him tied up with electrical cables while sexting another man

An ‘evil’ and abusive woman who humiliated her ‘vulnerable’ boyfriend by sharing a photograph of him bound with electrical cables to a would-be lover before she strangled him to death has been jailed for life.

Drug-addict Charlotte Dootson, 25, murdered Mohammed Mukhtar, 53, with an extension lead at his home in Manchester in August last year, following a campaign of abusive and violent conduct against him.

Manchester Crown Court heard how she humiliated her boyfriend by sending a photo of him bound on the sofa in his living room at home in Droitwich Road, Miles Platting to another man in a slew of sexual messages – just hours before she killed Mr Mukhtar.

The man had texted: ‘Hope you don’t do that to me.’ Dootson replied: ‘Never hang you.’ The man went on: ‘You can tie me up in kinky way’, to which Dootson said: ‘Shouldn’t that be the man x’.

Prosecuting, Alaric Bassano said it was as if Dootson was ‘revelling in or amused’ by Mr Mukhtar’s turmoil, adding: ‘Her violence against the deceased was gratuitous and her treatment of him degrading and humiliating.’ 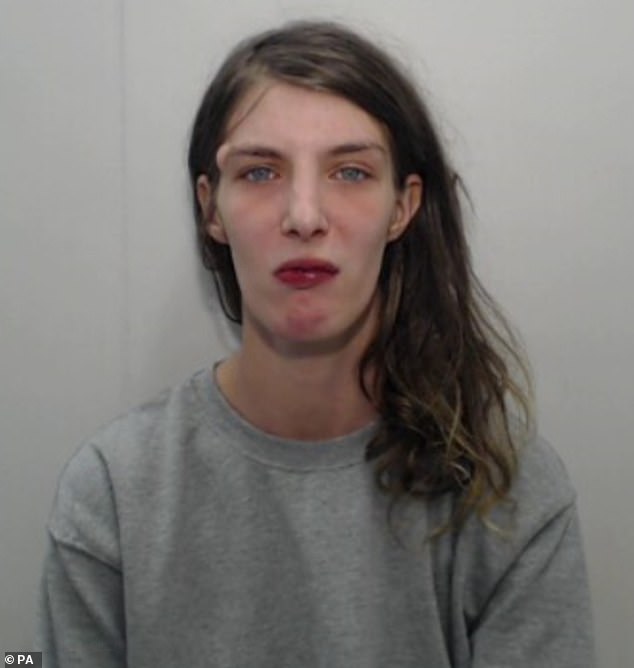 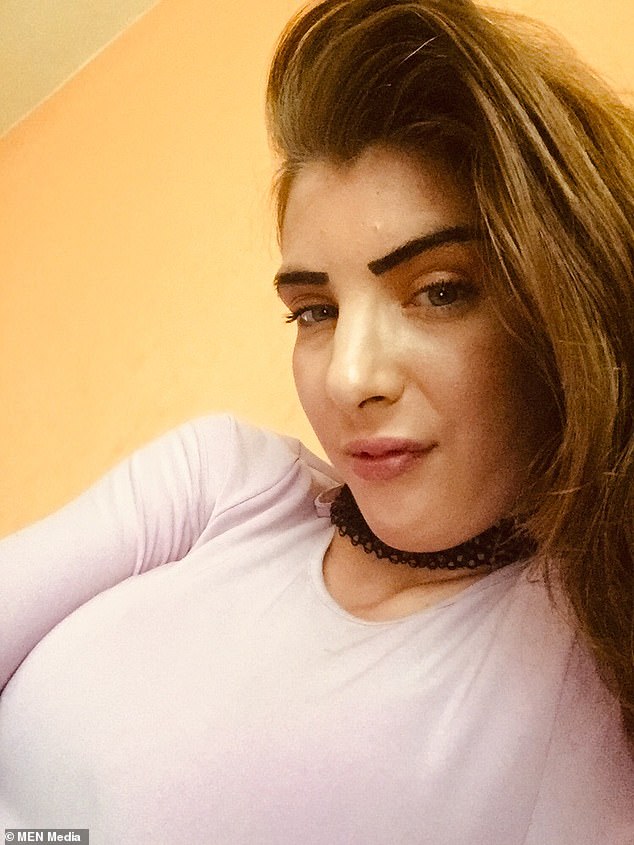 Charlotte Dootson, 25, murdered Mohammed Mukhtar, 53, with an extension lead at his home in Manchester in August last year

Police found Mr Mukhtar, known as Amin, bound by his feet, hands and neck after a report of concern for his welfare at about midday on August 30 at his flat, and he was pronounced dead at the scene.

Mr Mukhtar had also suffered a laceration to his liver which was caused by a kick or stamp to his stomach from the defendant.

Hours after sending the photograph, Dootson called her father and said Mr Mukhtar was not breathing or moving and she thought she had killed him. Her father asked her to put him in the recovery position, start CPR and call an ambulance but she said she did not want to alert the police and left the address.

Dootson was arrested in the street shortly after and earlier this month pleaded guilty to murder.

Mr Bassano said it was not an isolated incident and that Dootson had repeatedly assaulted Mr Mukhtar during their four-year relationship, often with weapons including knives and twice causing him to seek hospital treatment.

The victim also reported to medics in March and July last year that Dootson had strangled him with extension leads.

Between May 2018 and July 2021 there were 12 calls to the police about Dootson inflicting violence and she was arrested on three occasions and charged once. However, no action was ultimately taken as Mr Mukhtar lied to protect her or more often confirmed the violence but refused to support a prosecution, the court was told. 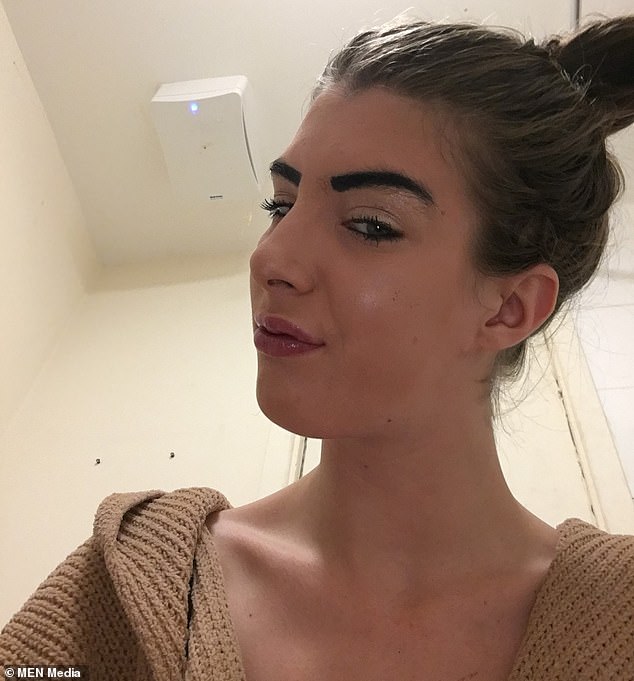 At the time of the murder the defendant was also under investigation for an allegation of assaulting Mr Mukhtar by strangulation.

Today, the killer was jailed for life and ordered to serve a minimum of 22-and-a-half years in custody before she can be considered for parole.

Sentencing, Judge Patrick Field QC said Mr Mukhtar, a man of slight stature, had been described as a ‘gentle and kind man who faced considerable challenges in his life, particularly mental health problems’.

He told Dootson: ‘He was undoubtedly a vulnerable man and you chose to take advantage of his vulnerability. The relationship was abusive and you were the abuser.’

Tim Storrie QC, defending, said Dootson suffered from a number of mental disorders, most notably a personality disorder with disassociatve traits, and had been homeless for most of her adult life and in exploitative relationships.

However, the judge said Dootson’s mental health issues, along with a mild learning disability, only had a ‘limited impact’ on her blameworthiness for the killing.

In a victim personal statement on behalf of the family, Mr Mukhtar’s sister, Fozia, said: ‘Each and everyone of us are tormented at the thought of what Amin endured in the final moments before his death.

‘It is just pure evil and callous. Amin was a timid guy, he was just so quiet and kind. He wouldn’t hurt anyone and he did not deserve what you did to him.

‘We can never forgive you for what you have done and for taking such a well-loved, genuine guy away from us all. Our hearts are broken.’

Dootson, who smirked on prison videolink throughout the hearing, grinned and held her thumbs up to the camera in response to the family’s statement.

Who is Dan Bongino and what did he say about defunding the police at the House Judiciary Committee hearing? – The Sun

COVID-positive Olympians must be isolated in special hospital, need approval to leave

Former Olympics Coach Dies After Being Charged With Sexual Assault