There may be a plethora of dinosaurs in the new trailer for Jurassic World Dominion, but all eyes are on three specific humans. The sixth chapter in the Jurassic franchise reunites the three scientists that started it all — Sam Neill, Laura Dern and Jeff Goldblum, the stars of Steven Spielberg's original 1993 blockbuster. The trio reprise their respective Jurassic Park roles as Alan Grant, Ellie Sattler and Ian Malcom in the Colin Trevorrow-directed legacy sequel, and seeing them in the same frame is understandably given fans all the feels. (Watch the trailer above.)

While Goldblum previously appeared in Jurassic World: Fallen Kingdom, this is the first time that Neill and Dern have revisited the franchise since 2001's Jurassic Park 3. Back then, of course, John Hammond's genetically-engineered dinosaurs only inhabited the titular amusement park. But as Dominion shows, those super-sized reptiles are now in the process of re-inheriting the Earth. "We're racing towards the extinction of our species," Malcom notes about the long odds that humanity is up against. "We not only lack dominion over nature, we're subordinate to it." 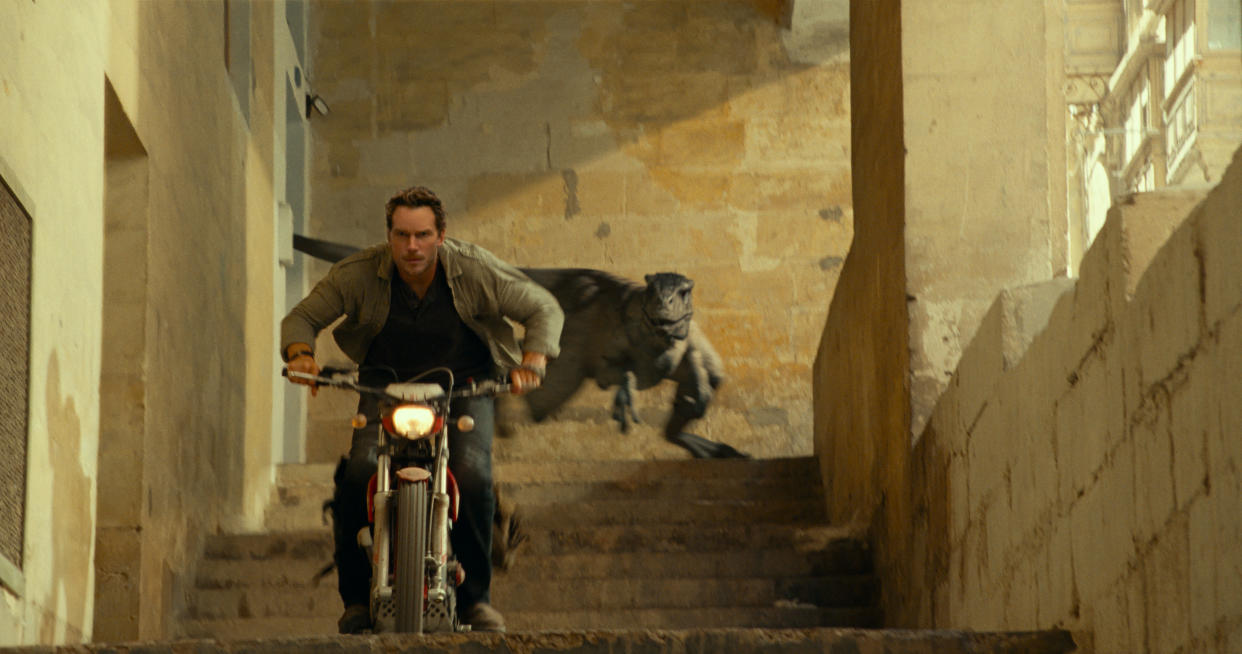 Still, you can expect Chris Pratt's former raptor trainer, Owen Grady, to find a way to help his species survive. He's joined in that mission by his off-again, on-again love interest Claire (Bryce Dallas Howard) and a bad-ass new ally, Kayla (franchise newcomer DeWanda Wise). As they run, ride and fly across the globe, they encounter increasingly bigger and badder dinosaurs that will probably make the Jurassic Park trio wish they had stayed retired.

On the other hand, fans are thrilled that Trevorrow and Universal used their deep pockets to get the band back together. Judging by the Twitter reaction, that's the special sauce that will help this Jurassic World outing claim dominion over the summertime box office.

I've always enjoyed the Jurassic World films and this one looks like a good bit of fun too. Plus !!! THE OGS !!! ARE BACK !!! https://t.co/gtxgH3CsxSpic.twitter.com/34tL4H5dlK

LAURA DERN AND SAM NEILL ARE BACK! JURASSIC WORLD DOMINION MOVIE OF THE YEAR IDC pic.twitter.com/4RQ7oDnYsF

if you let laura dern ride a triceratops I'll be willing to forget how bad the first two jurassic world movies were xx https://t.co/7CEP9knlVg

After two terrible Jurassic World films, they're trying to use Laura Dern, Sam Neill and Jeff Goldblum to lure us back in. Be wary, friends! https://t.co/7UCUwHWCVG

Harry says he and Meg got 'the mothership of harassment'

Man threatened to kill NYC woman who rejected him: feds