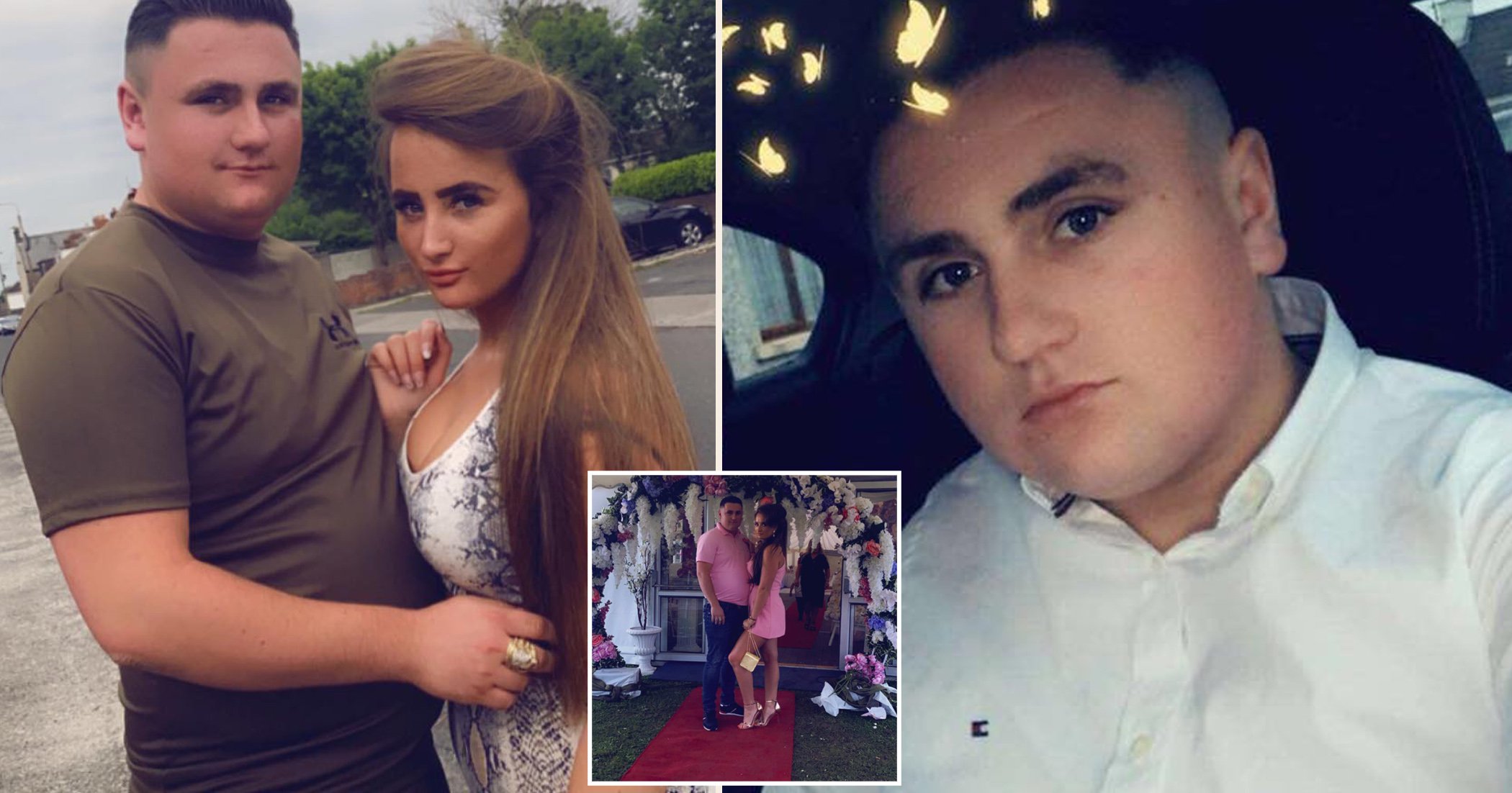 A 20-year-old man was killed in a horror crash just hours before he was due to get married.

Myles Harty, known as Miley, was travelling in the front passenger seat of a car which left the road and smashed into a pole on the M6 in Limerick, Ireland at around 1am on Saturday.

His bride, Kate Quilligan, was forced to start considering funeral plans on the day she was supposed to marry the love of her life.

‘I’m leaving off balloons for my lovely husband because that’s where we all should be celebrating the best day of our life at that church but instead it’s the worst,’ the heartbroken fiancée told The Sun.

‘I love you forever. It will always be me and you no matter what.

‘I love you unconditionally my gentle giant, you didn’t deserve this my handsome baby boy.’

Grieving family and friends were seen outside outside St Munchin’s Church in Limerick city on Saturday, where the wedding was supposed to take place.

Music played as mourners released blue heart-shaped balloons with phrases on like ‘King for a day’.

Askeaton parish priest Friar Sean O’Longaig said: ‘It’s very sad for the families, they are now switching from a wedding to a funeral.

‘Our thoughts and prayers are with the family, naturally.

‘Myles was a young person who grew up locally, he went to the local school, he’d have an awful lot of relations around Askeaton.

‘He was due to get married in Limerick today, yes, the family must be in bits.’

Dozens of tributes were left on social media for Miley, from Askeaton in Limerick, who was a popular member of the traveller community.

One comment read: ‘Every girl waits for that day their whole life.

‘Can you imagine how excited you would be and then for it to be all taken away just like that?’

Another said: ‘Can’t believe it. Rest in peace Miley. God be with you my friend. Nicest boy you could have met.

‘Just one day before his wedding. Condolence to his family at this awful sad time.’

A teenager, who police believe was driving the car, was arrested at the scene of the crash.

A third man travelling in the car was taken to University Hospital Limerick with injuries which are not thought to be life-threatening.

Jericho reveals moment Mike Tyson was allowed to KO him in WWE and recalls ‘are punches supposed to have vapour trails?’ – The Sun