Shabnam Safu, who arrived in Australia as an Afghan refugee when she was 14, grew up hearing about the terrors of life under the Taliban from her elders.

It was dystopian, but it was history, they were ousted.

“It’s not something you ever thought would happen again, especially in 2021, especially with the protection of the international community,” says Ms Safu, a refugee advocate. 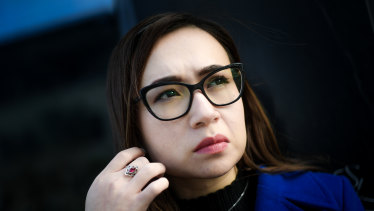 But now she is receiving messages from terrified girls in Afghanistan. Some are worried they might be forced to marry Taliban fighters. Others are raising fears they do not have the appropriate clothing to cover themselves from top to toe.

“We’re hearing from girls who have travelled from across Afghanistan to come to Kabul for the last two years to study. Most of them are living in girls’ hostels and nobody knows what will happen to them,” Ms Safu said. “We’re still waiting to see what the transition looks like, but the fear is absolutely real.”

Ms Safu says there is an extreme sense of survivor guilt for members of the diaspora who, like her, are children of war but not involved in the conflict.

“There’s a desperation to try and do whatever we can to be helpful. Many young people from our community are organising, mobilising, fundraising, advocating and raising awareness within the mainstream community.”

When the Taliban last took control of Afghanistan in 1996, girls were banned from attending school and women from working outside the home.

“They had to wear a burqa and they could not leave the house without a male chaperone. You see a lot of footage of women who were shot in the head over allegations of adultery.”

A spokesperson for the Taliban, Suhail Shaheen, told BBC News: “We will respect rights of women … our policy is that women will have access to education and work, to wear the hijab.”

She said already women were being prohibited from attending university in Herat in western Afghanistan.

Until last week, Ms Mohammad also had contact with women in Kabul, who had fled the northern regions of Afghanistan because they were worried their daughters would be taken away and married to the Taliban.

Ms Mohammad is especially concerned about the fate of women working in the civil service, police, army and government.

“Also I hear that a lot of women who went abroad to study have destroyed the documentation in order to be safe from retaliation because they have started searching the houses.”

She called on the international community including Australia to put pressure on the Taliban to allow girls to go to school and women to have a profession.

“What my family and my friends are experiencing in Afghanistan shouldn’t happen in this age and time,” Ms Mohammad said.

“The achievements of the past 20 years to protect women’s rights and equality are at risk if the international community once again abandons Afghanistan.”

Diana Sayed, the CEO of the Australian Muslim Women’s Centre for Human Rights, says some women in Afghanistan have already indicated they can’t publicly tweet anymore. 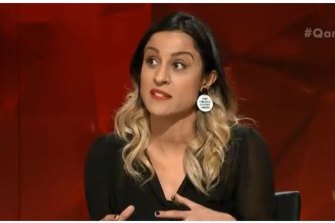 Ms Sayed said Australia was involved in the Coalition forces for 20 years and has a moral imperative to not forget the people of Afghanistan.

“Women, children, those who fled the provinces for Kabul, who are now homeless sleeping out in parks, journalists, human rights defenders, LGBTQI people, anyone affiliated with allies and Coalition forces are absolutely at heightened risk.”

Immigration Minister Alex Hawke said no Afghan visa holder currently in Australia would be asked to return to Afghanistan while the security situation there remained dire.

“Afghan citizens currently in Australia on temporary visas will be supported by the Australian government,” he said.

“Australia will continue to meet our international humanitarian obligations with our generous humanitarian and resettlement program which is flexible and available to address crises in our region.”

Get a note direct from our foreign correspondents on what’s making headlines around the world. Sign up for the weekly What in the World newsletter here.

Coronavirus test should be as cheap as 'morning latte', says economist